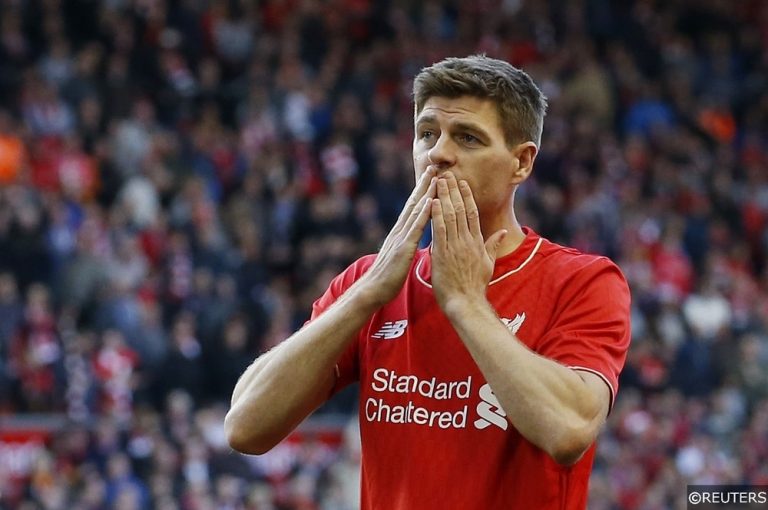 Football players are often described as dim-witted simpletons who have more tattoos than braincells. While some consider that stereotype to be a little unfair, the funny football quotes we’ve complied below seem to back up those demeaning characterisations.

From bizarre analogies and interview idiocy to nonsensical natterings and wry wit – we’ve got enough classic football quotes to keep you vibrating with laughter.

If you haven’t seen the first two parts of our best football quotes series, you can check them out here and here.

“Apparently, when you head a football, you lose brain cells, but it doesn’t bother me. I’m a horse. No one’s proved it yet have they?”

“I’ll tell you what my real dream is. I mean my absolute number one dream that will mean I die a happy man if it happens. I want to see a UFO. They’re real. I don’t care if you look at me like that. UFOS are a definite fact and I’ve got to see one.”

“You’ve got to take the rough with the smooth. It’s like love and hate, war and peace, all that boll*cks.”

“I can see the carrot at the end of the tunnel.”

“I always used to put my right boot on first, and then obviously my right sock.”

“Left alone with our own heads on, we can be pretty mental.”

“It’s a no-win game for us. Although I suppose we can win by winning.”

“It’s great to get the first trophy under the bag.”

“My parents have been there for me, ever since I was about 7.”

“I definitely want Brooklyn to be christened, but I don’t know into what religion yet.”

“I was really surprised when the FA knocked on my doorbell.”

“It’s going to be difficult for me – I’ve never had to learn a language and now I do.”

David Beckham on his move to Spain

“The stars above Italian club’s badges show you how many times they have won the Gazetta.”

“I dreamt of playing for a club like Manchester United, and now here I am at Liverpool.”

“Liz Hurley, she’s nice. I’d take her to Pizza Express – no posh restaurants. We’d go for a pizza then to watch Grease or something.”

Phil Neville talking about his ideal date in 1996

“I knew my England career was never going to get off the mark again when manager Graham Taylor kept calling my Tony. That’s my dad’s name.”

“I would not be bothered if we lost every game as long as we won the league.”

“I don’t believe in superstitions. I just do certain things because I’m scared in case something will happen if I don’t do them.”

“I’ve been consistent in patches this season”

“If you don’t believe you can win, there is no point in getting out of bed at the end of the day.”

“Without being too harsh on David Beckham, he cost us the match.”

“What Carew does with a football, I can do with an orange.”

“I couldn’t settle in Italy – it was like living in a foreign country.”

“I never make predictions, and I never will.”

“Do you remember when we played in Spain in the Anglo-Italian Cup?”

“I’ve never wanted to leave. I’m here for the rest of my life, and hopefully after that as well.”

“I was watching the Blackburn game on TV on Sunday when it flashed on the screen that George (Ndah) had scored in the first minute at Birmingham. My first reaction was to ring him up. Then I remembered he was out there playing.”

“I was surprised, but I always say nothing surprises me in football.”

“Lionel Messi can do some amazing things, but anything he can do Joe Cole can do as well, if not better.”

“My heart has only one colour: blue and white”

“Getting kicked in the shin, is painfull but it doesn’t hurt.”

“I would like to say hi to my parents, especially my mother and my father.”

Jens Lehman on the atmosphere at Highbury

“Everything in our favour was against us.”

“I’m more afraid of my mum than Sven-Goran Eriksson or David Moyes.”

“I think that France, Germany, Spain, Holland and England will join Brazil in the semi-finals.”

“I have a good record there. Played one, won one, and hopefully it will be the same after Saturday.”

“All the sheep in this country and there’s no bloody bacon!”

Paul Gascoigne in a New Zealand hotel for breakfast