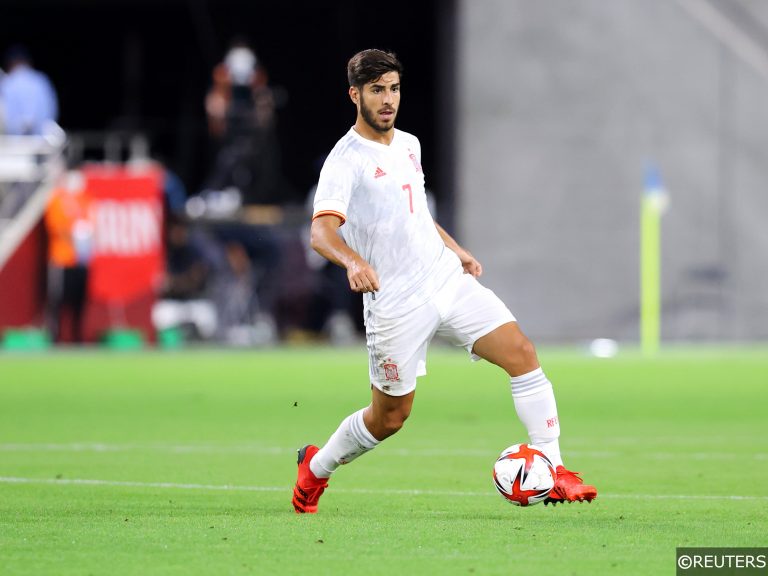 Sandwiched between the end of Euro 2020 and the new season is the football tournament at the 2020 Olympics. Some top sides head to Tokyo looking to take gold, with Brazil aiming to win it back-t0-back.

We’ve already covered the format of the football tournament, while you can see our guide to all 16 sides right here. Next up, let’s look at the contenders to win gold in the men’s competition.

The 16 sides at this tournament aren’t just restricted to naming (mostly) under-23 players, but being able to call players up depends on the clubs agreeing, which doesn’t sound likely. Liverpool blocked Mo Salah turning out for Egypt for example, while many major sides would have restricted who France could bring to the tournament.

However, Spanish clubs have no option but to release players, which has led to a strong side heading to Tokyo for La Roja. All but two of the side are Spanish based, Dani Ceballos and Dani Olmo are the outliers. Olmo is also one of many who also featured in Spain’s run to the Euro 2020 semis.

That run has given Spanish football a boost after a difficult few tournaments for the senior side. The emergence of Pedri at that tournament points to a bright future, while the Barcelona man will start in midfield at the Olympics. At the other end of the scale, one-time wonderkid Marco Asensio is among their three overage players. He’s not shown his best for club or country of late, but he’s a real talent with a point to prove.

Spain just look to have so much more depth than the other nations at this tournament and I think they’ll go all the way and win gold. This is a squad primarily aged 23/24, with one teenager in Pedri. There’s talent, experience and a proven track record here, so back Spain to take gold.

In Group A, France have been priced up as favourites for top spot but I don’t share that confidence in their young side. They’ve not pushed the boat out with big names for their overage stars and their collection of teenagers could allow Japan an opening, especially with home advantage.

Group B isn’t the deepest, with questions over the strengths of Romania and Honduras. South Korea have a strong side and they’re worthy favourites in our book to finish first.

We’ve already gone into why Spain are worth backing, so it’s no surprise that we’ve sided with them in Group C. Finally, Brazil have named a strong side who are capable of making a good run, so they’re our bet to win Group D.