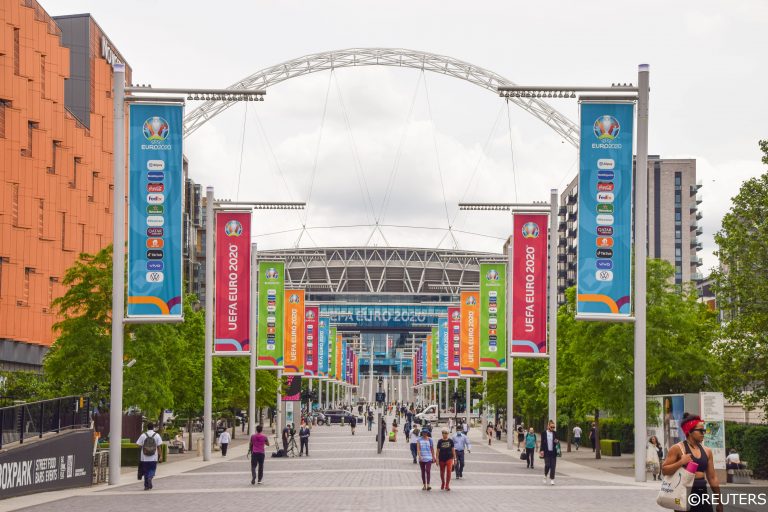 For the first time in its history the European Championships are being held across 11 different host cities and that throws up some interesting considerations in the betting markets.

It becomes even more important after a season in which almost all of the players present have spent a year plying their trade in front of virtually silent stadiums.

At the time of writing I’m listening to the deafening roar of 12,000 Hampden Park attendees urging their Scotland side forward against Czech Republic. It’s a far cry from what we’ve become accustomed to but it’s a very welcome change and now we’re a few days into Euro 2020 we’re starting to get an idea of how it will effect teams.

The story so far

Five of the seven games played so far have featured a home team, with the only exceptions being Wales vs Switzerland in the far-flung Baku Olympic Stadium and Austria vs North Macedonia in Bucharest.

It all started in Rome as Italy put on a passing masterclass against Turkey, although for much of the first half it sounded like there were more Turkish fans inside the Stadio Olimpico than Italians. The tide shifted in the second-half after Italy’s opener, however, and the crowd cheered the home side to a comfortable 3-0 win.

Next up on the home venue list was Copenhagen and while, Finland did get the win against Denmark, it’s not a representative example. The Denmark team were clearly not in the right frame of mind after the horrifying collapse of their talisman Christian Eriksen and the crowd were understandably subdued. This one can be chalked off and everyone should be applauded just for getting through it.

At the same time Russia were hosting the top-ranked team in the FIFA rankings, Belgium. The superstars of Belgium ran out easy 3-0 winners in Saint-Petersburg to douse any thoughts that the Russians could pull off an upset in front of their home crowd.

Sunday saw England control the game in their 1-0 win over Croatia at Wembley before the game of the tournament so far in Amsterdam. Netherlands threw away a 2-0 lead against Ukraine before a dramatic late winner from Denzel Dumfries sealed them the three points.

What can we take from this?

Three wins from four home sides (excluding the Denmark vs Finland game) is hardly a huge sample size, especially when you consider that all of the four winners of these ties were the favourites heading into the game and Scotland are currently 2-0 down at Hampden. Maybe steer clear of backing underdogs Hungary against Portugal in Budapest on Tuesday.

What is interesting is the fact that none of these home winners seemed content with a 1-0 win. Italy pushed for goals throughout despite a complete lack of threat from Turkey and England looked very sharp against a poor Croatia side. Netherlands’ needed that third goal to get the three points but even at 2-0 they were pushing forward against Ukraine.

Home favourites trying to please the crowd is something to watch out for, and it will be interesting to see if the home crowd in Munich has an effect when Germany take on pre-tournament favourites France on Tuesday.