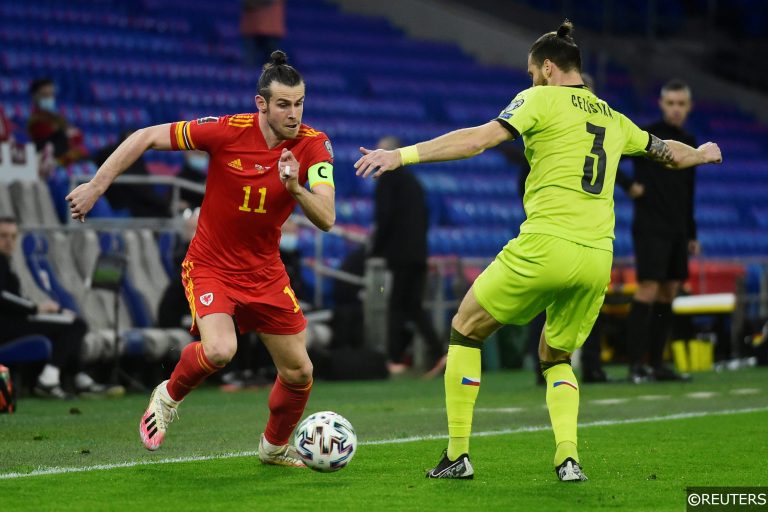 Sunday’s meeting between Wales and Ukraine will decide Europe’s final World Cup qualifier, making it clearly the pick of the day’s action. We’ve already looked at the huge game in Cardiff in our Wales vs Ukraine predictions, but we’ve also looked in depth into some other markets to put together a huge bet builder for the match.

We’ve picked out five selections for the playoff, which clocks in at 146/1. You can see our five picks and back Sunday’s massive bet below.

Having home advantage is huge for the Welsh, who are unbeaten in 18 matches at their own ground. They relied on their home form to guide them into the playoffs and they’ll need another top class home display to book their spot in Qatar.

The Welsh will have a passionate home support behind them in this one, while this is likely to be a stretch for a Ukraine side who had a tough clash at Scotland in midweek. The visitors squad is full of players who have lacked match practice in 2022, so this is likely a task too far for them.

One thing we expect to see on Sunday is goals, given each of Wales’ last five matches have seen both teams score. The Welsh have conceded in each of their last four home matches, so they can be exposed at the back.

Ukraine didn’t hold back at Scotland and they should get forward here. The visitors saw 13 of their 18 games in 2021 finish with both teams scoring, so back Ukraine to get on the scoresheet too.

Kieffer Moore to score & be carded

A key man for Wales in this clash will be Kieffer Moore, who returned from injury at the tail-end of the season. The Bournemouth man scored four goals in his last four games after returning from injury, meaning he heads into Sunday’s game in good form.

Moore has scored in two of his last three for Wales, while he struck in a crucial clash with Switzerland at the Euros last summer. His aerial threat can make a difference at international level, so back the Cherries’ forward to score.

However, his aerial threat also makes him standout to referees in international football. He’s been booked in four of his last five games for Wales, while he’s been booked in each of the last three games he has scored in for his country. Back him to pick up a card and a goal in this clash.

Harry Wilson to make an assist

Wilson is coming off a stellar campaign for Fulham, racking up 19 assists. The Welshman finished the campaign with five assists in his last four games, so he heads into this game in form. Having been rested for their clash in Poland earlier in the week, Wilson has clearly been saved to make an impression in this one. Despite that, the winger is a great price to set up a goal in Sunday’s clash.