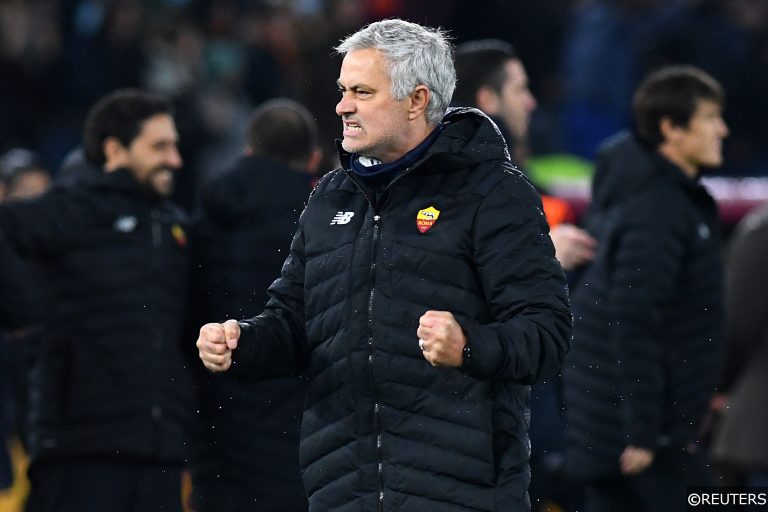 It’s clearly third among UEFA’s cup competitions, but the Europa Conference League has had a thrilling debut season. It helps that the two finalists have put on a show to get here, with Roma scoring in all 14 games and Feyenoord averaging over four goals per knockout tie.

We’ve already backed an entertaining game in our Roma vs Feyenoord match predictions, but we’ve gone slightly bigger ahead of the game in Tirana this week. We’ve put together a sixfold bet builder for the game capitalising on the pair’s scoring talents and you can back that below.

Feyenoord to lift the trophy

Roma may have been the early-season favourites in this competition, but Feyenoord have grown into contention for the trophy. The Dutch giants have scored 28 times across their 12 games since the qualifiers and they head into this one having struck at least three goals in five of their last six in Europe.

Meanwhile, Roma have won just five of their last 10 in this competition, including two defeats at Bodo / Glimt. They lost 6-1 at the Norwegian side in the group stage and they’ve not impressed on the road, so back Feyenoord to lift the trophy.

A big part of Feyenoord success in this competition has been their impressive front three. They boast the competition’s top scorer Cyriel Dessers, Arsenal loanee Reiss Nelson – more on him later – plus highly-rated Luis Sinisterra. The Colombian has scored 11 times in this competition this term hitting 23 goals in all competitions this season.

Sinisterra has found the net in six of his last nine Conference League games, scoring goals in crucial games to help the Dutch side into the final. Given his scoring streak, the winger is great value to strike in the final.

Lorenzo Pellegrini to score or assist

On the other hand, Roma have scored in every Conference League game and they head into this one having found form thanks to their front three. Pellegrini has slotted in as the number 10 behind two forwards, allowing him to pull the strings. His effectiveness showed at the weekend as he both scored and assisted in a win over Torino.

Pellegrini hasn’t been a consistent figure in the Roma side in this competition but he’s played more and more as it gained importance for the Giallorossi. He was involved in a goal in seven of his nine Conference League starts, including both legs of the quarter and semi-finals. Back him to be involved in another goal on Wednesday.

Tyrell Malacia to be carded

Feyenoord full-back Malacia has been booked four times for Feyenoord in the Europa Conference League this term, so he’s a good candidate for a card in this clash. The defender has been booked in three of his last four appearances heading into this clash, so back him for a caution.

Gianluca Mancini to be carded

On the other side, it’s tough to look past Mancini in terms of a Roma man for a booking. The defender has been a constant presence in the referee’s notebook this term with 15 cards in 33 Serie A games, while he’s picked up six cautions in 11 Conference League games. He’s picked up five yellows in his previous seven matches in this competition, so back another booking on Wednesday.

Nelson has proven to be a real threat from out wide for Feyenoord this term, making a big impression ahead of his summer return to north London. The winger has had a shot on target in four of his last five league games heading into this clash.

Roma’s wing-back system does offer space down the wings and that should hand Nelson an opportunity to get in behind, so back him to test Patricio.