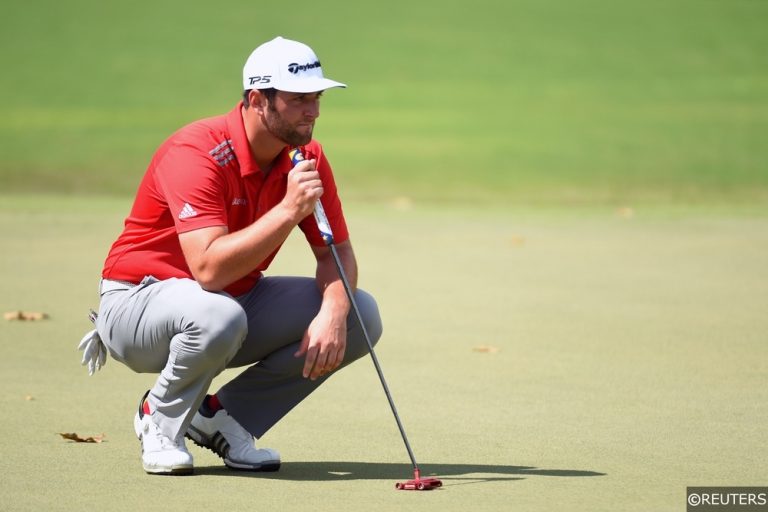 The battle is on in the FedEx Cup playoffs for a place in next week’s Tour Championship at the BMW Championship, which will be held at the Wilmington Country Club in Delaware.

There are 68 players hoping to claim one of the 30 spots available at East Lake for the chance to win the $18m first prize.

Rory McIlroy is set to go off favourite despite missing the cut at last week’s FedEx St Jude Championship, while Patrick Cantlay will be defending the title he won at Caves Valley in Maryland last year.

After a four-week stay in the UK, the DP World Tour moves to the Albatross Golf Resort in Prague for the Czech Masters.

Racing Post tipster Ian Wilkerson has selections for both tournaments, which can be backed as a 389/1 each-way double or as individual bets.

It could pay to back Jon Rahm at 14/1 at the BMW Championship, as he looked to be back to his best when he finished fifth at TPC Southwind last week.

His ball-striking skills could be a big asset at what is an unfamiliar course, while Sean Crocker looks a good bet for the Czech Masters after he finished second last year and will have had his confidence boosted by victory at the Hero Open in Scotland three weeks ago.

Former world number one Rahm has not had a great season by his high standards and will perhaps be disappointed that a low-grade Mexican Open has been his only 2022 success.

However, his fifth place at last week’s FedEx St Jude Championship was a real show of intent and he has the tee-to-green quality that should bode well for his visit to Wilmington, on a course that has never hosted a professional tournament.

He is also 14th in the FedEx standings, which means the motivation will be there to post a strong performance so he gains a handy handicap mark for next week’s Tour Championship.

Sean Crocker finished two shots behind winner Johannes Veerman at last year’s Czech Masters on his first visit to the Albatross Golf Resort and he can go one better this time.

The American hit 87.5% of his greens in regulation during that tournament, and he should be able to make a push in what is a modest field, even by DP World Tour standards.

Crockers has also been in the winners’ circle this year, having won the Hero Open at Fairmont St Andrews three weeks ago, so confidence should not be a problem either.

In the Mixer: Experts combine for huge 1,491/1 midweek acca