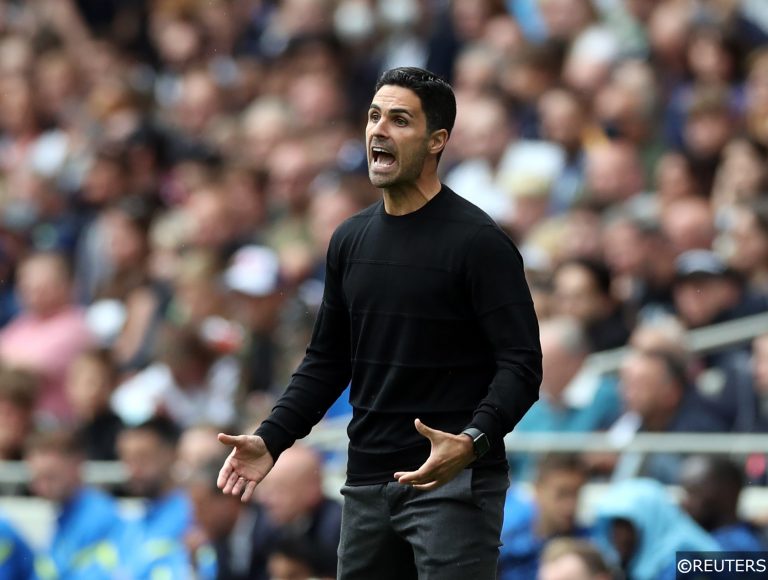 With the World Cup drawing to a close this weekend, soon attentions will return to domestic action and the first port of call is the Boxing Day Premier League fixtures.

Now that we’re halfway through the campaign, we’ve tasked eight experts to give us their best bet on any outright market.

Arsenal to win the Premier League at 5/2

It is a two-horse race at the top of the Premier League and, while Manchester City are still slight favourites in my eyes, Arsenal are too good to pass up at 5/2 with a five-point cushion on the defending champions.

Arsenal can afford to focus solely on the Premier League and have barely missed a step so far, while their players have had far more rest than their title rivals this winter. Pep Guardiola’s players have been in action for over 4,000 minutes in Qatar, with Gunners squad members playing less than half that.

Gabriel Jesus will be a loss over the next few months, but they have a five-point lead and plenty of other star quality to fend off the City onslaught.

Newcastle are having a fantastic season and if they can pick up where they left off when the Premier League resumes the odds against price on a top four finish looks great value.

Boss Eddie Howe has managed to instil a real sense of team spirit and at present they sit in third spot – four points clear of Manchester United, eight ahead of Liverpool and nine better off than Chelsea. I’m not sure Spurs look locked in for a top four finish either, and that means at least one place could well be up for grabs among the established order and the Magpies are well placed to snatch it.

There is likely to be further investment at St James’ Park in January as well, and one or two shrewd additions could further strengthen their cause as they bid to gatecrash those top four spots.

Leicester to finish in the top half at 2/1

Leicester resisted the temptation to sack Brendan Rodgers and the faith paid off before the World Cup interlude with four wins to nil from their last five Premier League games.

The Foxes have now kept six clean sheets in their last eight matches and are starting to play much more like a team that finished eighth last season.

In fact, Leicester have recorded top-half finishes in each of the last five campaigns and, despite some star names moving on to pastures new, they still have sufficient quality in their ranks to repeat the feat.

Despite their poor start, Leicester are only two points behind ninth-placed Fulham with 23 games to go and they can finish with a flourish, making quotes of 2-1 for a top-half finish extremely tempting.

Everton to be relegated at 13/8

Everton went into the World Cup break on a dire run of form, having lost six of their last eight matches in all competitions, and the Toffees look a value selection for the drop in the Premier League.

Attacking potency has been a particular concern – they have scored only 11 times in 15 league assignments this season and drew blanks in each of their last three league contests before the break.

At one stage Frank Lampard had made them tough to break down but even that defensive resilience was waning before the hiatus and there is the chance they will be changing manager shortly after the season’s resumption with Lampard favourite in the sack race.

Everton’s relegation rivals such as Southampton and Wolves look more settled and ready to go with new managers in the dugout and that could spell trouble for the Merseyside outfit.

Leicester to finish in the top half at 2/1

Brendan Rodgers was adamant when Leicester were languishing in the Premier League relegation zone in October that he was the right man to turn around the Foxes’ fortunes and has slowly been proven right.

A run of five wins from six matches has set Leicester back on the right path and they appeal at 2-1 to kick on after the World Cup to record a seventh top-half finish in the last eight seasons.

Leicester have plugged their leaky defence – a remarkable Kevin de Bruyne freekick is the only goal they’ve conceded in their last seven games, while the appointment of set-piece specialist coach Lars Knudsen means corners are no longer equated to giving away a penalty.

The majority of Leicester’s seven players that went to the World Cup returned early, meaning Rodgers’ men should have the legs to continue climbing the league ladder.

An injury seems to be the only thing that will stop Erling Haaland from being the top goalscorer in the Premier League this season, but there could be some each-way value in backing Liverpool’s Mo Salah in the race to finish behind the Norwegian.

Tottenham’s Harry Kane is six behind Haaland on 12, but Ivan Toney is the only other player in double figures, so it would not take too much for six-goal Salah to make up ground and finish in the top four.

The Egyptian, who should be well-rested after his country’s failure to qualify for the World Cup, was joint winner with Heung-Min Son last season, which was the third time he has taken the crown.

It has taken him time to get into the season, much to the ire of fantasy football team managers, but with his contract situation at Anfield now settled, it is time for him to push on and he should play a prominent part in propelling Jurgen Klopp’s side up the table.

Newcastle’s improvement has been quicker than expected this season and there is every chance they can upset the apple cart by finishing in the top four, which is available at around 11/8.

The Magpies have beaten Chelsea and Tottenham on the way to third spot in the Premier League, while they also held Manchester City in a thrilling 3-3 draw and have only suffered one defeat across all competitions.

Swedish striker Alexander Isak should have recovered from injury when domestic action returns, adding to the attacking options, and if Eddie Howe is given some funds in January then a return to the Champions League is a distinct possibility.

Southampton to be relegated at 13/8

Southampton are in something of a transition after finally dispensing with the services of Ralph Hasenhuttl, and have taken a chance on Nathan Jones, who is unproven at this level.

Having worked wonders at Luton, things did not go to plan at Stoke City and there have to be question marks over his ability to make the step up to the Premier League, particularly with a side that is both struggling to score goals at one end and keep them out at the other.

Forgetting about an opening away defeat at Anfield, the real work starts now for Jones, particularly with a not-too-bad run of fixtures on the Premier League resumption. However, having already lost to bottom-half sides Wolves, Aston Villa and Everton, it is difficult to see this perhaps younger, inexperienced squad completing the escape act this season and odds of around 9/5 look too big to pass up.