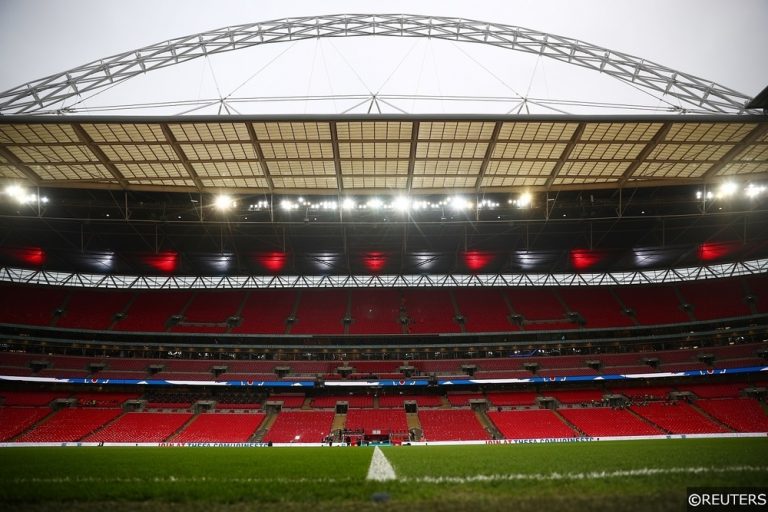 In The Mixer is FST’s weekly column where we catch up with our football betting experts and get their opinions on the hot topic of the week.

The FA Cup takes centre stage this weekend as the Premier League teams enter in the third round so we decided now was the perfect time to get our team of experts to pick out their winners.

We have one clear favourite with three votes, with five other contenders each getting selected by one expert.

Newcastle are the form side in the Premier League and with no European distractions they have the quality to win their first FA Cup since 1955.

Eddie Howe has transformed the newly-rich club and they enter 2023 unbeaten in 13 games in all competitions. Defensively they have proved excellent and the squad should get some more reinforcements in January, possibly in time for a relatively easy third round tie with Sheffield Wednesday. The top four will be Howe’s main focus, but a cup run is certainly within the realms of possibility.

It usually pays to restrict FA Cup predictions at this time of the year to the usual suspects, but there is a different kid on the block this year and, finally, it could be Newcastle’s year to celebrate.

The Magpies have not won the cup since Jackie Milburn was donning the famous number-nine shirt, but they have proved a match for virtually everyone they have faced this season, with manager Eddie Howe developing a strong team when it would have been easy to splash the cash.

One of Manchester City and Chelsea will be knocked out at the third-round stage and Howe’s team can ride the Tyneside feelgood factor all the way to Wembley glory.

With the usual contenders all available at single figures, there’s every chance Newcastle United can give some of the “big boys” a run for their money.

It’s often mentioned how desperate Newcastle’s fans are to win a trophy, and the Magpies are looking to win the FA Cup for the first time since 1955.

Unlike their rivals, Newcastle can focus their attention on the domestic competitions this season, and boss Eddie Howe will be desperate to build on the momentum the club is building. Newcastle’s squad is now deep enough to mount a serious challenge for the FA Cup, and their recent form has proven they can mix it with the best in England. With Sheffield Wednesday up first in the third round, Newcastle can hit the ground running and start to give their fans something to dream about.

With a condensed second-half of the season, the advantage in the FA Cup may well go to sides who aren’t in Europe. A team like Leicester – who are set for mid-table obscurity – could make this competition their main focus for the campaign.
The Foxes won this competition in 2021, while they’ve reached the last eight of the Carabao Cup in each of the last two seasons. Brendan Rodgers also led his side to the semi-finals of the Europa Conference League, so they have clear cup pedigree.

At 25/1, they’re a great outside shot in a season where the usual favourites have their focus elsewhere, while Newcastle’s push for the top four puts me off backing them in this competition.

Aston Villa have impressed since they appointed Unai Emery to succeed Steven Gerrard and they could enjoy a good second half to the season that might just end with some silverware.

It’s rare the FA Cup is won by anyone other than one of the so-called Premier League top six teams, but Villa have the look of a side capable of going on a cup run in 2023 and, unlike plenty of their rivals, will not be distracted by a European campaign.

Emery’s side have been drawn at home to League 2 Stevenage in the third round so should comfortably progress and if they get a couple more favourable draws their price of around 33/1 to win the competition will come down sharply.

Villa have won the FA Cup seven times but not since 1957 and they have not won a domestic trophy since lifting the League Cup back in 1996 so are long overdue some silverware.

Emery, of course, has a real knack in knockout competitions, having lifted the Europa League four times as a manager with Sevilla and Villarreal, while he also won both domestic cups in France in successive seasons when in charge of Paris Saint-Germain in 2017 and 2018.

Liverpool won their first FA Cup since 2006 last year but may be able to make it two in two years with victory again this season.

With the Premier League title race all but over for Jurgen Klopp’s side they may prioritise the Champions League and FA Cup later in the season given they have already departed the EFL Cup.

They still have the quality to beat anybody on their day, particularly in attacking areas, and the 13-2 on offer about them retaining the cup is of interest. A third-round clash against strugglers Wolves shouldn’t provide too many issues.

At a bigger price, Brighton could go well at 33-1. The Seagulls reached the semi-finals a few years ago and have impressed under new manager Roberto De Zerbi.

Manchester United have shown their big-match ability in the Premier League this season, beating Arsenal, Liverpool and Tottenham at Old Trafford, and their attacking talent and squad depth give them a decent chance of FA Cup success.

United are improving under Erik ten Hag and a home third-round tie against troubled Everton
should be comfortable for the Red Devils.

Much further down the betting, 100-1 shots Nottingham Forest could do with a morale-boosting cup run. They reached the quarter-finals as a Championship club last season, knocking out Arsenal and Leicester, and have won to nil against West Ham, Liverpool and Crystal Palace at the City Ground this term.

Arsenal seem likely to be entirely focused on a rare Premier League title challenge, while Manchester City and Chelsea have been drawn to play each other in round three. Liverpool and Manchester United have both got Premier League opposition to overcome as their first task, so the best value FA Cup option at this stage is arguably 8-1 Tottenham, who have a long love affair with the competition.

Spurs, eight-time FA Cup winners, should enjoy their third-round assignment at home to League One outfit Portsmouth, who are currently suffering with a significant sickness bug in their camp, and Antonio Conte’s side is obviously capable of beating anyone they draw from there.

Hugo Lloris and Harry Kane both suffered World Cup heartache earlier this month, but the Tottenham captain and vice-captain may have some lesser silverware to lift in the spring.