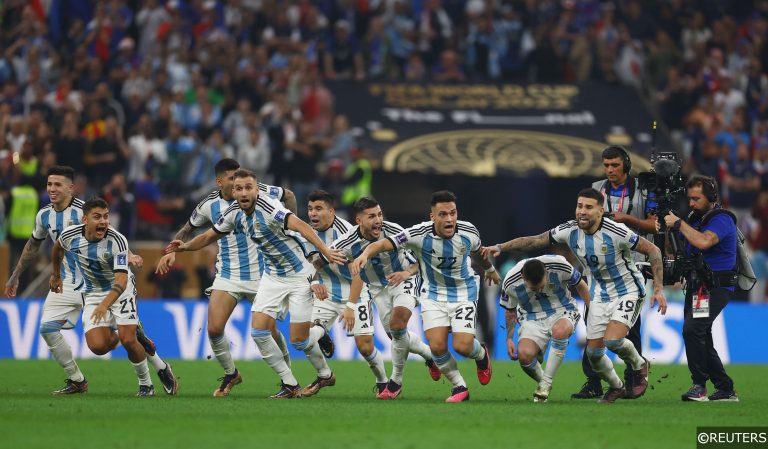 The start of a new year is often a time of reflection, and that’s exactly what we’re about here on FST as we remind you of some of our tipping highlights of 2022.

We hit a 33/1 Underdog Treble winner just a few days ago, but if we cast our mind back to last January we started the year with an incredible 139/1 Mega Accumulator winner!

That was far from the only big win of January, though, as our US tipsters took centre stage to land a few tasty NBA and NHL accas!

The winners kept on flowing into February, too, with a host of mid-sized football winners being somewhat dwarfed by some excellent form in other sports, while we started the month by tipping our second successive major tournament winner in the form of Senegal!

The biggest of the lot was a giant 93/1 NBA Mega Acca winner, while we also found success in our NBA Bet Builders and golf supremo Steve Palmer tipped up a 60/1 longshot in the Genesis Invitational!

The start of March saw us go on a football rampage as we landed a host of big winners, including a 46/1 BTTS & Win treble –  one of five acca wins in the opening stages of the month.

Later that month and the betting world would be going mad for Cheltenham, with FST no exception as we hit a huge 44/1 acca on the first day of the festival!

April began in typically frantic fashion as we hit 7 winners in the very first weekend of the month. A slightly slower period followed, but things picked up with a 26/1 goalscorer winner, followed by an Easter Monday Star Struck winner at 18/1 and a massive Formula 1 winner the following weekend!

If we thought April started off fast, we were in for a real treat in May as we landed two 22/1 winners, a 12/1 acca and two 10/1 accas in the first week of the month! Later on, our MLB tipsters hit a home run and we signed off the European season with a 19/1 BTTS & Win double.

Things understandably slowed down during the European season’s off-period, but the Women’s Euros provided us with the perfect platform as England landed an historic trophy win.

Our biggest success came in the form of back-to-back Bet Builder winners, including a mammoth 62/1 success in Germany vs France!

Elsewhere, we tasted some of that sweet stateside success with a 15/1 MLS acca winner and travelled across the globe for our 23/1 winner in July.

The start of the new season brought plenty of success, including an early 13/1 Bet Builder in a day of 5 winners, but later in August we landed one of our biggest tips of the entire year as Lens vs Rennes and Spezia vs Sassuolo combined for a 109/1 Correct Score Double!

Just over a month later we hit another incredible 89/1 Correct Score Double, with other highlights of September and October including a 71/1 Europa Conference League Mega Acca, a 21/1 acca win and two 16/1 successes!

November saw 25/1 and 19/1 winners, but by this point all attention was on the World Cup.

Qatar 2022 may have been plagued by controversy, but few can deny the football on show was excellent.

We tipped up a host of outright winners, including Argentina’s eventual success, Lionel Messi to win the Golden Ball at 10/1 and Emi Martinez to take the Golden Glove.

After our Senegal and Italy tips in AFCON 2021 and Euro 2020 respectively, that means we have now tipped the last three major international tournament winners!

Earlier in the tournament, Brazil’s thumping win over South Korea landed us a 47/1 Ultimate Bet Builder, we hit three consecutive World Cup Doubles and smashed a 41/1 Correct Score Double out of the park!

And finally, we ended a fantastic year with that 33/1 Underdog Treble just a few days ago!

You can find all our football bets over on our football tips page, while our NBA, NHL, MLB and other sporting tips can be found on our sports tips page.