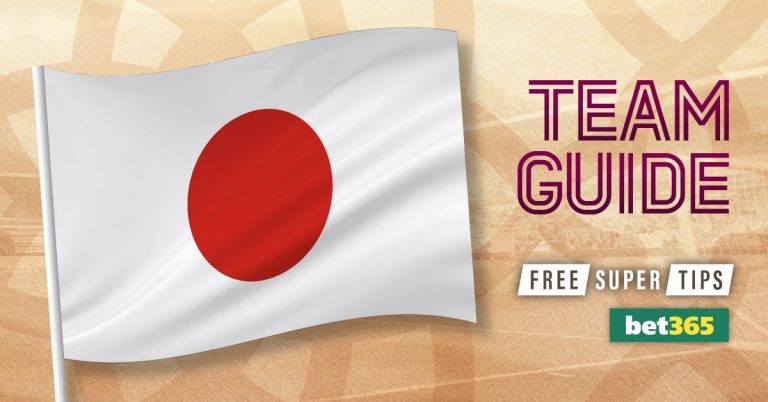 2019 AFC Asian Cup runners-up Japan are preparing for their seventh consecutive World Cup appearance since their debut in 1998 but a Group Stage exit looks the most likely outcome after being drawn alongside two heavy hitters in Spain and Germany.

That’s not to say they are completely out of the running, though, with a host of players plying their trade in Europe’s top leagues making them a competitive side.

Japan: The story so far

Japan sailed through their first stage of World Cup qualification with a perfect record of eight wins from eight but the second phase of qualifying got off to a shaky start as they lost to Oman and eventual group winners Saudi Arabia in the opening three matches.

The Samurai Blue went on to qualify relatively comfortable after taking 19 points from their final seven games, but those early defeats ramped up the pressure somewhat.

Since then, Hajime Moriyasu’s side have won five, drawn two and lost two of their nine games, losing the Kirin Cup Final against Tunisia before being crowned champions of the EAFF E-1 Championship for the second time.

Despite making it to the knockout stages in three of their six World Cup appearances, Japan are firm outsiders to qualify from Group E and are priced at 4/1.

This is due to the presence of European heavy-hitters Spain and Germany, although they should at least be able to take third spot ahead of Costa Rica.

Japan had never qualified for a World Cup prior to France 1998 but since then they have never missed a tournament, qualifying for the knockout stages for the first time in their jointly-hosted 2002 edition.

They scraped second place in 2018, beating Colombia on fair play points after both teams picked up four points before being eliminated by Belgium after going 2-0 up against the favourites.

Hajime Moriyasu was appointed manager of Japan four years ago, being promoted from his role as assistant manager after Akira Nishino left after the 2018 World Cup.

The 54-year-old has played and managed exclusively in his native Japan, turning out as a midfielder for Sanfrecce Hiroshima and Vegalta Sendai as well as earning 35 caps for Japan during his playing days.

His first managerial appointment saw him win three J1 League titles with former club Sanfrecce Hiroshima before he was brought into the Japan setup, first managing the Under-23 side.

Japan have a host of squad members playing their club football in Europe but former Liverpool attacker Takumi Minamino is the star, with the 30-year-old netting 17 goals in 43 national team appearances.

There are a number of exciting prospects in the Japan setup but the rising star award goes to Real Sociedad winger Takefusa Kubo. The 21-year-old already has 19 caps to his name and scored his first Japan goal in the 2020 Olympics.

Moriyasu has a number of setups up his sleeve but a four-man defence, marshalled by veteran captain Maya Yoshida and boasting Arsenal full-back Takehiro Tomiyasu, is a constant, while Minamino is often deployed behind a lone striker to link the play.

Japan to qualify from Group E at 4/1

Germany and Spain are overwhelming favourites to progress but Japan have the potential to spring a surprise or two and if one of the big-hitters fails to live up to expectations I can see the Blue Samurai taking advantage.

With a talented squad at their disposal and some good form, which includes commanding victories over South Korea and the United States, they have the beating of Costa Rica and at 4/1 they offer plenty of value and a good incentive to cheer on Hajime Moriyasu’s side.