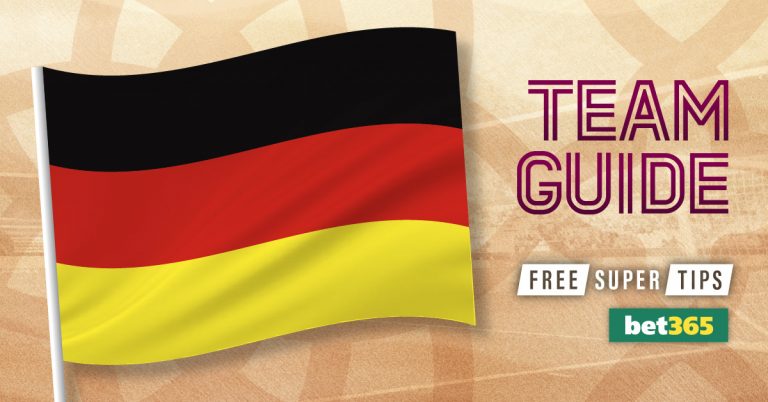 The 2014 world champions have gone through a troubled spell by their high standards, exiting the last World Cup at the group stage.

However, Germany are back to their best under Hansi Flick and they head to Qatar this winter with a real chance of matching Brazil’s record five World Cup wins.

Germany: The story so far

Germany initially struggled in qualifying, with the final qualfiiers under Joachim Low not going so well. They narrowly beat Romania 1-0 in March 2021, before a shock 2-1 defeat at home to North Macedonia.

However, Flick’s arrival saw Germany cruise to the World Cup. they won all six qualifiers under the former Bayern boss, scoring 31 goals and conceding only two along the way.

However, their unbeaten start to the Hansi Flick era was ended by Hungary in the UEFA Nations League in September and they have won just one of their last seven, drawing five times.

The heavyweight clash in Group E is Germany’s meeting with Spain, with the pair set to battle it out for top spot. They’re facing off with Japan and Costa Rica, with neither of those two likely to progress past the first hurdle.

Spain head into this group as favourites for top spot at 5/6, but Germany aren’t far behind at 6/5. The Germans are 1/6 to make it into the last 16, so there’s little doubt they’ll fare better than they did in 2018.

Germany head to Qatar aiming to match Brazil by lifting the World Cup for the fifth time. Their record at this tournament is incredibly consistent, having finished third or better at seven of the previous 10 editions.

The 2018 tournament was the Germans’ worst ever showing at a World Cup, but they bounced back to book a last 16 spot at the previous Euros.

The end of Low’s reign was a low point for a talented German squad, but between 2006 and 2016 they made the semis of every major tournament. That pedigree remains in this squad, now handled by a boss determined to win another big prize.

After almost 15 years of Joachim Low, Germany were in need of a change. Going out and getting a treble-winning former Bayern Munich boss was the perfect response, especially as the Bavarians’ influence on the German side had been wavering in Low’s final few years.

Flick’s achievements in Munich seem to have been underrated given their domestic dominance. However, he stepped in with the club at a low ebb and he transformed them into European champions.

His success at Bayern can be seen by the fact that he left the club in 2021 having won seven trophies and lost only seven games. He’s taken that consistency to the national team, which should be a scary prospect for the other sides in Qatar.

This German side have adapted to Flick’s style, with the 4-2-3-1 system he used at Bayern fitting well so far. The fact that he can turn to a midfield five from the perennial German champions certainly helps.

However, the most dangerous thing about Germany is that they have so many different ways to play. Chelsea striker Kai Havertz could step into this side as a false nine, or offer a more direct option as one of the attacking midfielders.

Flick could also shake things up with another Bayern man out wide, as Jamal Musiala is enjoying a great start to the season in Bavaria.

Germany to reach the semi-finals at 9/4

I am confident that Germany can win their group, which offers some decent value at 6/5. However, if they do end up in top spot then they should be in a good position to make a deep run.

Germany look back to their best, so I’m confident that they can continue their impressive World Cup record. They’ve made the last four in 13 of their 19 appearances at the World Cup, so they’re good value at 9/4 to make a run to the last four.