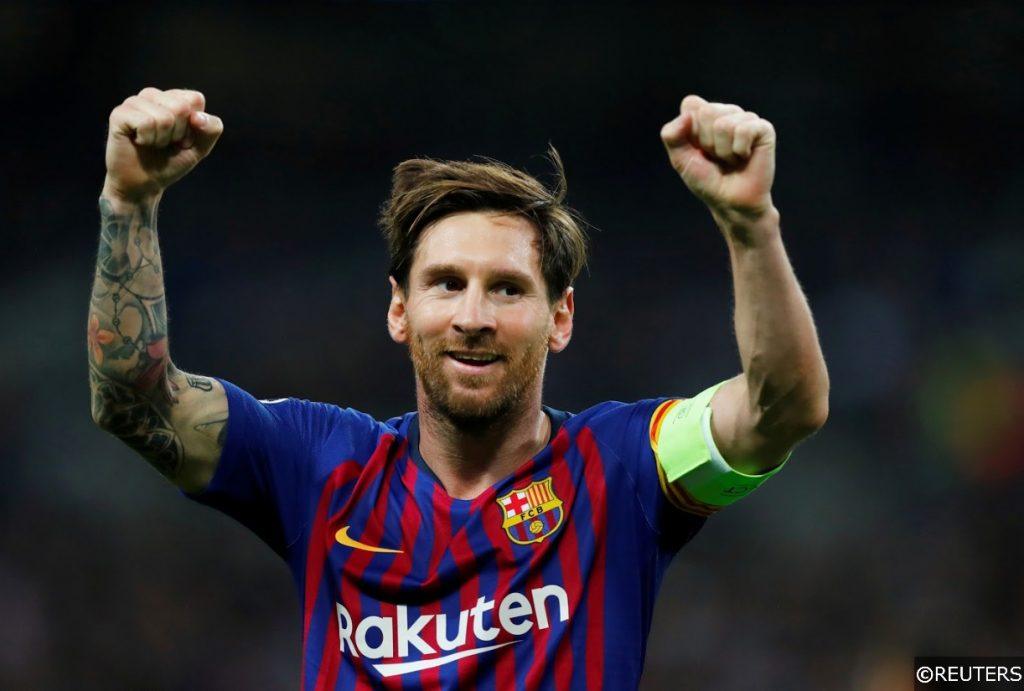 On Tuesday evening, just six days after his 33rd birthday, Argentine artiste and regular record-breaker Lionel Messi reached another career milestone under the lights at the Camp Nou in Barcelona.

The goal, fittingly delivered via a Panenka penalty, was the 700th of Messi’s glittering career – a total that combines his 630 goals for Barcelona with his 70 goals at international level with Argentina.

In running up seven centuries of goals, Messi joins a small group of players and ex-pros to have passed the 700 mark.

Messi’s adversary and Ballon d’Or competitor Cristiano Ronaldo is the only current player other than the Argentinean to have pushed through the same ceiling.

The Juventus forward boasts a record of 725 goals in 1002 appearances for Sporting, Manchester United, Real Madrid, the Old Lady and the Portuguese national team.

Keep up to date with our latest Spanish football match previews and betting tips on our La Liga predictions page!

Barcelona’s eventual 2-2 draw with Atletico in Catalonia was their third tie in four La Liga runouts, and the third time in five league assignments overall since the campaign’s restart where they failed to win.

The Blaugrana’s slump leaves them trailing great rivals Real Madrid by one point at the summit of the La Liga standings, though Los Blancos could extend that lead further by winning what could prove a pivotal game in hand against Getafe on Thursday.

A Real victory later this week would leave Barcelona needing a two-result swing in their favour inside the season’s final five rounds of games to successfully defend their title, though their chances of reigning in their traditional antagonists now feel slim.

Quique Setién’s job on the line

With the La Liga title slipping through their fingers, the blame game has already started at Barcelona. On the pitch, Antoine Griezmann’s underperformance continues to rankle, while the team’s overreliance on Lionel Messi to provide magic moments has become worryingly ubiquitous.

Messi has contributed to 52% of Barcelona’s 74 La Liga goals this season (22 goals, 17 assists), and though the club’s talisman remains exactly that, the winger is on track to record his lowest league tally for a campaign since 2010.

Increasingly unpopular manager Quique Setién has started to bear the brunt of most the fans’ criticism however.

The 61-year-old, who only joined the club in January this year, is considered an ill-fit for Barcelona by many observers, and rumours have started to surface to suggest the former Real Betis boss will be sacked by the end of the current season at the very latest.

Since Setién’s appointment after the turn of the year, Barcelona have won only 11 out of 18 fixtures in all competitions, and the ex-Spanish international’s 61.1% win rate falls far below the standards set by one of the game’s super clubs.

While their Primera Liga title seems destined to return to the capital, success on the continent is still on offer for Barcelona this season.

With the scores tied at 1-1 after their first skirmish in Naples, Los Cules have a tough-looking Last 16 second leg tussle with Napoli to negotiate when the Champions League returns in August.

However, if they can come through their double-header with the Partenopei, a relatively open field in Europe’s elite club competition awaits.

Holders Liverpool have already made an early exit, while some of the other pre-tournament favourites, Juventus, Paris St. Germain and Manchester City, have looked far from unbeatable this season.

Formidable German giants Bayern Munich remain a team that every other club will want to avoid, however, with a little luck, a kind draw and Messi’s magic, Barcelona could mount a challenge for their first Champions League trophy since 2015.