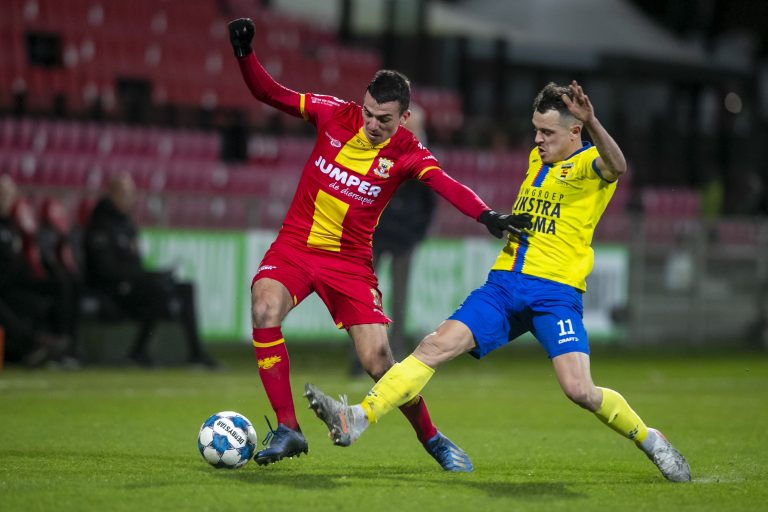 The international break means that Europe’s top leagues are on hold until April, as players jet out around the world to represent their country. However, that leaves us a little short on action before the international fixtures start on Wednesday.

While we’ll have an eye on the qualifiers in our match predictions later this week, there are still games being played in the next couple of days. We’ve picked out six of the best bets for Monday and Tuesday’s action, which you can find at 62/1 with Betfair.

Don’t forget you can see our best daily football tips over on our football accumulators page.

This clash in the Portuguese second tier is likely to bring goals, with both sides in fine scoring form coming into this one. Penafiel have found the net in 92% of their home games this season, while they’ve scored in 20 of 24 league games this term.

However, Casa Pia have scored in all but one of their away trips this season. On top of that, they’ve kept just two clean sheets in their 11 games on the road. When these two last met they played out a 3-3 draw and we’re backing more goals here.

Cambuur are on course for promotion to the Eredivisie, having won 21 of their 28 matches so far this term. They have secured 11 wins in 14 home matches, with each of those victories coming by two goals or more.

Cambuur have won their last four at home and they should prove too strong for an Eindhoven side who have failed to win in 12 matches. The visitors lost 5-2 when they hosted Cambuur earlier this term, so we think the hosts are good value with a -1 handicap.

It’s been a tough start for Cajamarca, who have suffered consecutive 1-0 defeats ahead of this clash. They were dumped out of the cup in their last game and Monday’s clash doesn’t look that straightforward for the hosts.

Carlos Mannucci kicked off the season with a win, meaning they’ve won four of their last five games in the league. The visitors have been victorious in six of their last eight league outings, so we’re backing them to take the points.

Grimsby are rock-bottom of League Two, winning just once in their last 17 matches. The visitors may have strung together some draws of late, but they could be in trouble here against a Barrow side who are storming away from the drop.

The hosts have won each of their last four games in League Two, with nearly a third of their total points this season coming in March. Grimsby have lost all five of their trips to the rest of the six sides directly above them, so expect Barrow to continue their fine form.

Only the top two in the league have won at Vilafranquense this season, with the hosts drawing an incredible nine of their 12 home matches so far. They’ve seen each of their last six finish level, while the hosts have drawn nine times in their last 12 games.

Chaves can’t match that long run of draws, but four of the visitors’ last five have finished level. Chaves have drawn four of nine visits to the current bottom five, including a 0-0 when these two last met. With the hosts looking hard to beat, another draw looks like good value here.

Albion are second-bottom of the Scottish Football League, following a dire run of form. The hosts have lost seven of their last eight matches, so it’s little surprise they’re considered the outsiders going into this one.

Edinburgh head into the clash boasting a three-game winning streak, while they sit fifth – 10 points clear of their opponents. Edinburgh have won the last four clashes between the pair, scoring at least three times in each victory. They look good for another comprehensive win this week.

Big day of winners for FST on Wednesday!