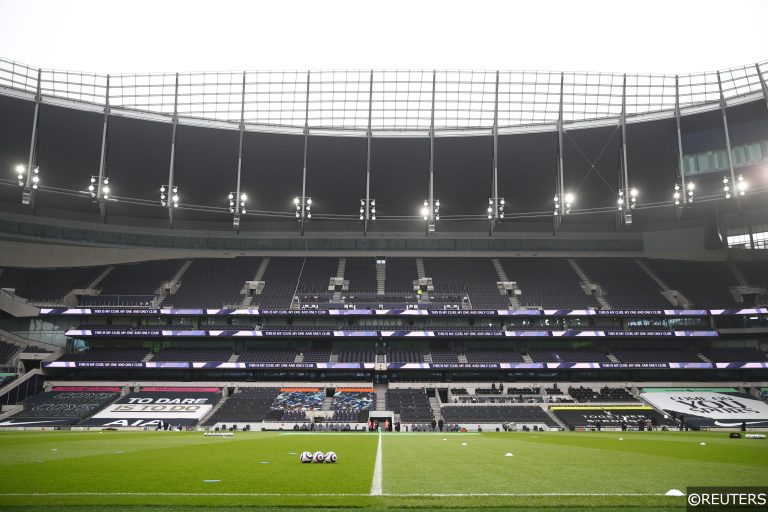 The North London Derby takes place on Sunday as Arsenal make the trip to the Tottenham Hotspur Stadium and there is much more than just local bragging rights at stake.

The Gunners go into the latest round of Premier League games with a five-point lead at the top of the table, while Spurs are in desperate need of all three points as they continue to push for a top four spot.

We’ve got the big game covered with this handy Cheat Sheet to help with your own bet builders, and we’ve put together this massive 160/1 five selection bet using our dedicated Match Prediction and stats from the sheet. 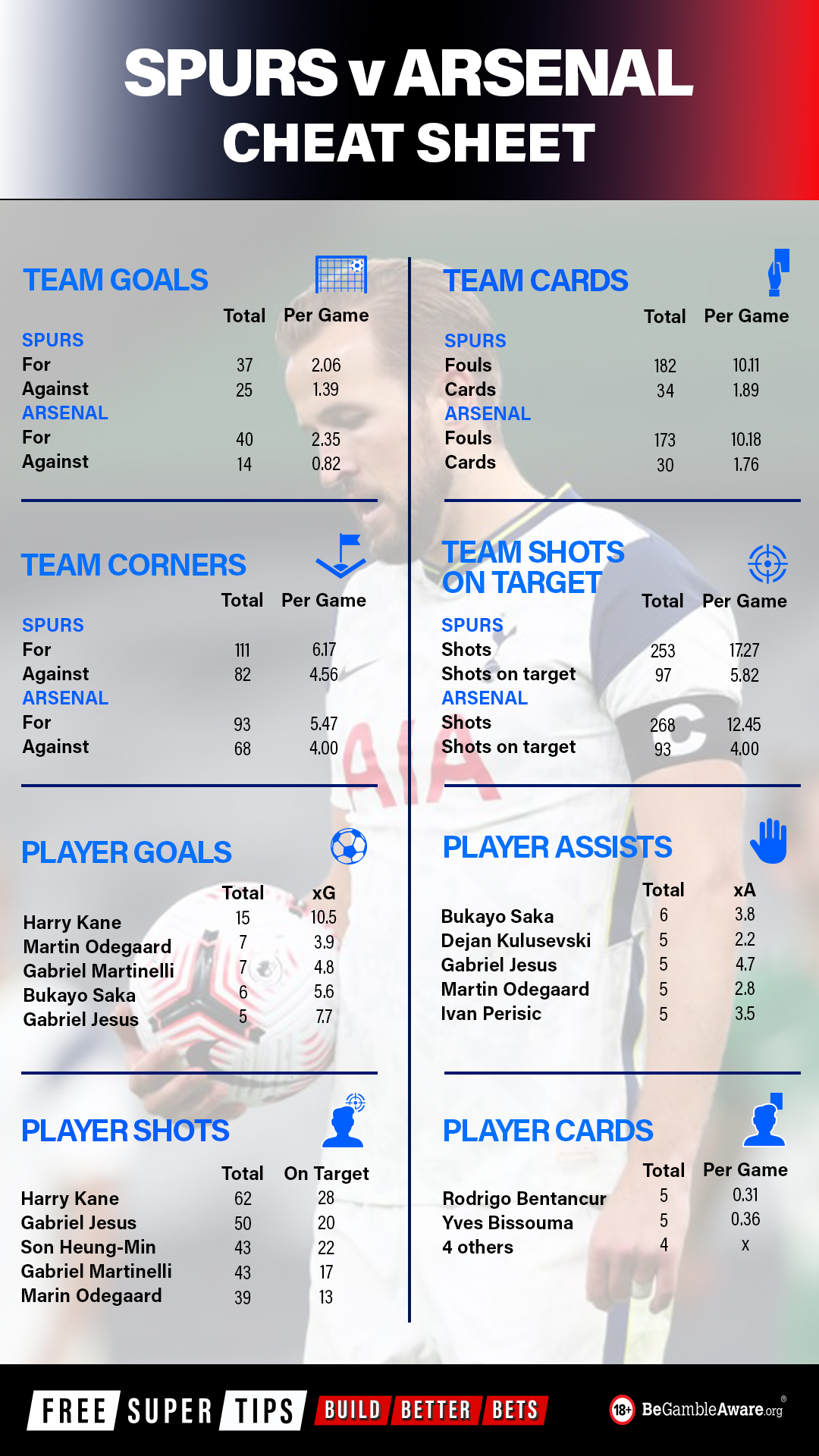 With Gabriel Jesus sidelined, Eddie Nketiah is enjoying a run in the Arsenal starting XI and the youngster is making the most of his opportunity. Nketiah has four goals in his last four games and can continue his fine form with a derby goal this weekend.,

Harry Kane to have two or more shots on target

Harry Kane has managed 62 shots this season, with 28 of those on target. The England skipper has 15 goals in 18 league games and has four goals in his last four appearances across all competitions. Kane averages 3.6 shots-per-game in the league and 1.8 on target, so back him to test the keeper at least twice.

Thomas Partey to be shown a card

Thomas Partey has one yellow card in three Premier League games since the World Cup break and is averaging 1.1 fouls per-game. The Ghanaian may get drawn into a physical battle with the Spurs midfield, and as such he stands out as a contender to be shown a card.

Yves Bissouma to be shown a card

Tottenham’s Yves Bissouma is a bit of a card magnet and he has three bookings in his last four games across all competitions. The Mali international should come back into the starting line-up after missing the win over Crystal Palace due to suspension, so back him to be shown a card.

As our Cheat Sheet shows, Spurs average more corners per-game than their rivals with 6.17 to Arsenal’s 5.47. Tottenham also concede more than the Gunners – but they have won more corners than their opponents in eight of their nine home league games so far, while Arsenal have lost the ‘corners match bet’ in their last two trips.