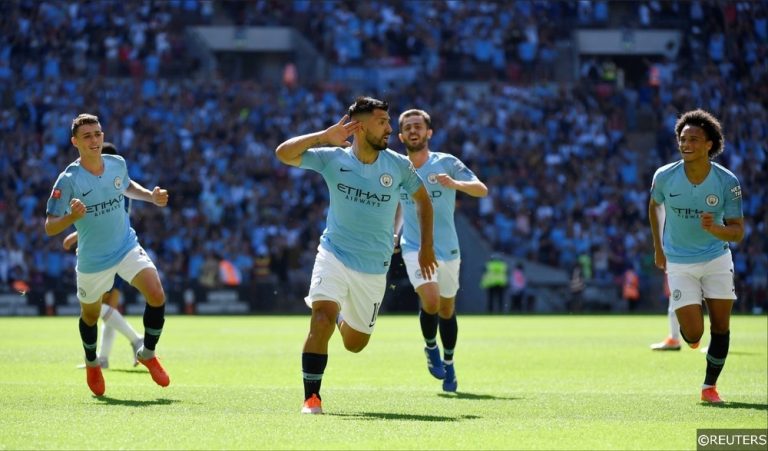 Everton welcome Manchester City to Goodison Park on Wednesday night in a Premier League fixture that could prove to be a defining and critical contest in this season’s title race.

Just a little over a month ago, current champions Manchester City were languishing a full 7 points behind Jurgen Klopp’s Liverpool at the summit of the table.

However, after a reversal of fortunes between the teams and some unexpected results, City can replace their title rivals at the top of the standings with a win against an out-of-sorts Everton team on Wednesday evening.

The Toffees are certain to be pulled in opposing motivational directions ahead of their clash with City. Having won only 3 of their last 12 Premier League matches, Everton and their under-pressure manager Marco Silva are desperate for points, though taking something from City would also strengthen their bitter Merseyside rivals’ push for the title.

With so many layers to the game, and so much at stake at Goodison Park, Wednesday’s fixture is an ideal contest to find some potentially lucrative selections from the bookmakers’ plethora markets and specials.

Manchester City’s pocket dynamo Sergio Aguero has been at his explosive best for the majority of the season, though his performances seem to have peaked in recent weeks just when the Citizens have needed him the most.

PFA Player of the Year candidate Aguero registered 6 goals in his last 4 appearances alone for City including a sensational hattrick against Arsenal, to help the Sky Blues maintain their three-part pursuit of major domestic honours.

The most salient aspect of the Argentinean international’s game, is his incredible knack of breaking the deadlock with crucial goals for City. 7 of Aguero’s 14 Premier League goals this season were the first goals in their respective games.

Remarkably, Aguero has scored City’s first goal in 3 of their last 4 fixtures, and we think he looks fantastic value at 5/2 to repeat the trick against Everton on Wednesday.

Manchester City have undoubtedly been the quickest of Premier League starters this season. The Citizens have scored 13 times inside the first 15 minutes of their league fixtures in 2018/19, 6 goals more than the next fastest team out of the blocks Arsenal (7), and 7 goals more than their main title antagonists Liverpool (6) and Tottenham (6).

City have ramped up their rapid early assaults with even more intensity since the new year, and Pep Guardiola’s charges have scored inside the first 24 minutes in 7 of their last 8 games in total. Talk about hitting the ground running.

On Wednesday, City will be itching to start their hugely important game against Everton with the same early zeal. With the champions expected to go for the jugular from the off, backing an early goal (before 24:00) at Goodison Park at 5/6 is a smart move. 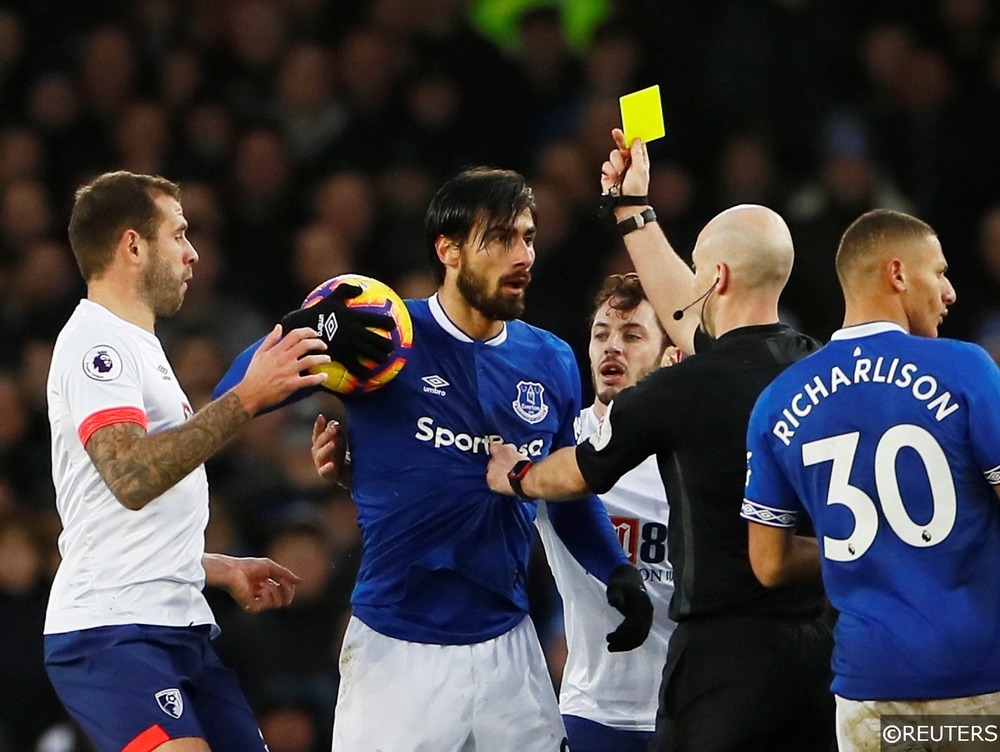 It may seem strange for a player who has forged his reputation as a ball-playing technician and built his career around that skill-set, but midfielder Andre Gomes has been Everton’s most prolific hatchet-man this season.

The Barcelona loanee has been booked 5 times in 17 Premier League starts for the Toffees since moving to England last summer, making him the club’s most carded player alongside fellow midfielders Bernard and Idrissa Gueye.

Gomes is out on his own for fouls conceded however. The 25-year old has been penalised 2.1 times per 90 minutes on average this season, a figure that puts him well ahead of defensive midfielder Gueye in second (1.7).

Against Man City, Gomes is again expected to play the role of possession retriever and auxiliary defender instead of a tempo dictator, and with the Portuguese international’s penchant for sticking the foot in, the midfielder looks a great bet at 2/1 to be shown yellow again.

Andre Gomes is likely to have little company in the referee’s notebook come full time at Goodison Park on Wednesday evening however.

Gomes might rank relatively high on the filthometer, but the majority of his Everton teammates don’t. The Toffees have collectively averaged only 1.88 cards per Premier League match this season, while their opponents City have averaged even fewer.

The Citizens’ players have seen the official’s cards just 1.32 times on average per 90 minutes of Premier League action this season, and the champions are the joint lowest ranked team in the division for fouls committed per game (8.8) alongside Chelsea and Bournemouth.

In addition, only 6 of Everton’s 13 Premier League home games this season saw over 3.5 cards, and only 2 of Man City’s 7 away games against teams outside the top 6 this term saw over the same number of cards brandished.

With the statistical info firmly on our side, we’re backing there to be under 3.5 cards at Goodison Park again on Wednesday evening.