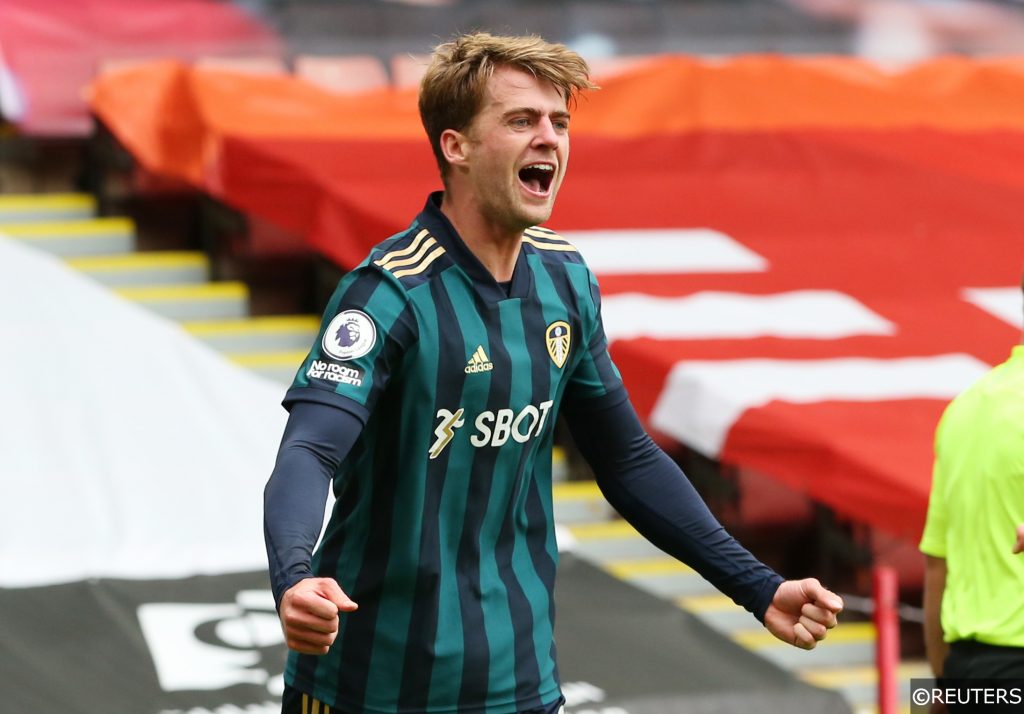 If the early indicators are anything to go by, the 2020/21 Premier League looks certain to be one of the most dramatic top-flight campaigns in years.

While the application of new handball rules and the league’s penalty-kick pandemic continue to be the division’s major headline grabbing themes, the sheer volume of goals being scored is providing the most compelling of sub-plots.

A net-busting 103 goals have been already been scored this term – a figure that breaks down to a record-breaking 3.68 goals per 90 minutes.

There is another full set of exciting and potentially goal-laden Premier League fixtures for supporters to consume this weekend, and ahead of the action, we’ve taken a look at some of the early value betting tips for some of the top tier fixtures on Saturday and Sunday.

Remember – we’ll be covering all the games in more detail with match previews and betting tips for each on our Premier League predictions page. 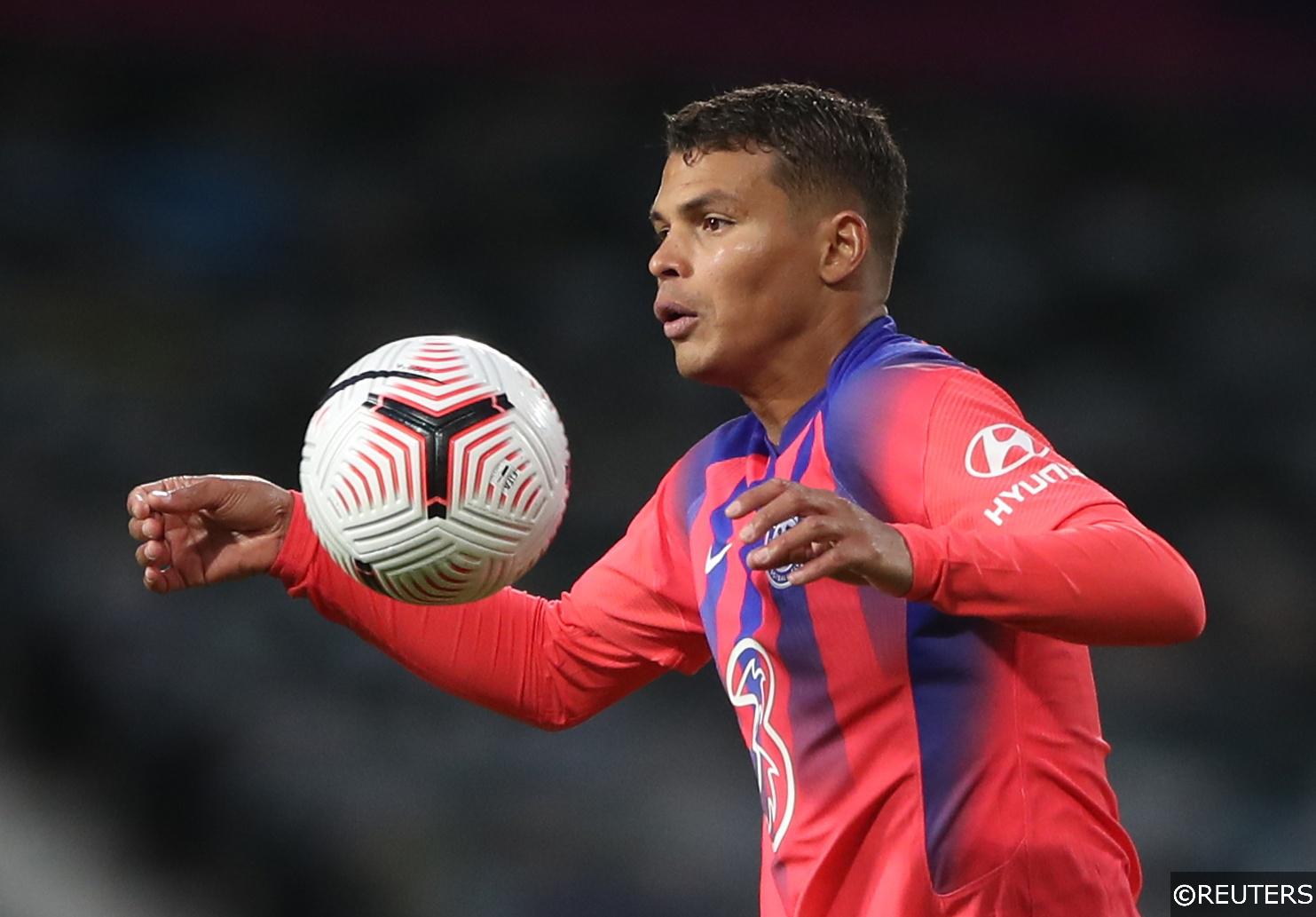 Chelsea have beaten Palace five times on the spin in the Premier League, however to add a sixth victory to that streak, Frank Lampard’s underperforming stars will need to notch more than once this weekend.

The Blues are conceding an average of 2.0 goals per 90 minutes this term, and Palace have the counter-punching power to punish them on the break.

With a glut of new signings in forward areas, Chelsea carry plenty of attacking threat of their own however, and though teething problems persist, the talented new faces in their ranks are expected to click soon. Expect goals at Stamford Bridge.

Powered by the momentum provided from their new-look midfield, Everton have come flying out of the traps this season, winning each of their first five games of the fresh campaign in league and cup.

The Toffees’ resolve should be given a tough test by a Brighton team that have been performing far better than their results suggest however.

The Seagulls put in an impressive shift in a defeat to Chelsea, and Albion were much the better team in their last-gasp loss at home to Man Utd.

Brighton’s football is slick enough to open up Everton’s defence this weekend, but with Dominic Calvert-Lewin and Richarlison in red-hot form, the Merseysiders wield a fearsome goal-scoring duo.

Betting Tip: Both teams to score @4/5

Two of football’s keenest tactical minds, Marcelo Bielsa and Pep Guardiola, pit their wits against each other on Saturday in what promises to be a compelling evening of high-class action at Elland Road.

Leeds’ easy on the eye passing game has looked at home in England’s top tier so far, however, while last year’s Championship winners have shown an aptitude for unlocking defences, their own has looked worrying porous.

Manchester City have had problems of their own to contend with in defensive areas, and the Citizens record of just two clean sheets in nine competitive assignments points to a weakness that Leeds will feel they can exploit.

Keeping the free-scoring City frontline out at the other end should prove a far trickier task however, though that should ensure that supporters are treated to an open entertaining affair in Yorkshire.

For the second year running, Leicester City have looked the real deal in the opening exchanges of a Premier League season, and with the Foxes looking fresh, they look favourites to brush West Ham aside.

Leicester’s confidence should be swelling following their incredible 5-2 win at Man City last time out, and with hattrick hero Jamie Vardy continuing to defy Father Time, Brendan Rodgers charges should be able to trample all over West Ham for the third time on the trot.

The Irons upset the odds to batter Wolves last time out, though their run of just one win from 11 Premier League away assignments since Boxing Day suggests they have a travel sickness that they just can’t shake.

Both teams have hit highs and lows already this season, though Sunday’s contest could allow either United or Spurs to put a major early marker down in the race for a top four finish this term.

Man Utd and Spurs are both still searching for their first Premier League clean sheet of the new campaign, though a shutout doesn’t look imminent for either shaky defence. With holes left unplugged, expect goals at either end at the Theatre of Dreams.

Dean Smith’s Aston Villa, who narrowly avoided the drop last season, are currently one of the Premier League’s form teams, and their 100% winning start to the 2020/21 campaign includes a couple of impressive Carabao Cup victories against lower league opponents.

A meeting with defending champions Liverpool should test the Villains’ new-found confidence to its limit however, and Jurgen Klopp’s relentless Reds are already building a head of steam.

Having navigated tricky games against Leeds and Chelsea, Liverpool butchered Arsenal at Anfield in their third league fixture of the new season, and the Merseysiders’ razor sharp frontline should be able to tear holes in Villa’s paper-thin defence at will on Sunday.

Betting Tip: Liverpool to score in both halves @ 10/11

A six-fold selection featuring all of our early Premier League betting tips for the weekend above can be backed at a tasty looking 37/1 with bet376 using the banner below. 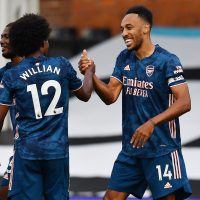 THIRD Mega Acca win in under a month as 62/1 shot hits the mark on Thursday!
Featured News