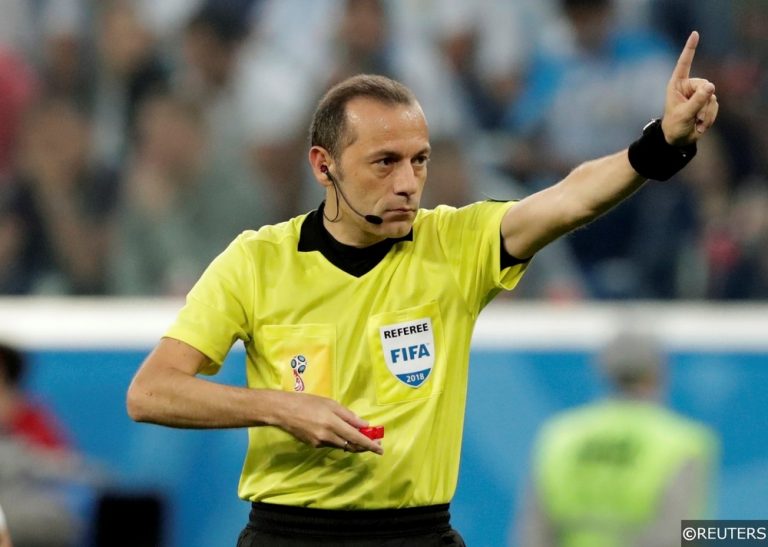 The FIFA World Cup 2018 comes to a close this weekend as Belgium face England in the third place playoff and Croatia take on France in the final on Sunday. With the amount of focus placed on requesting your own bets throughout this World Cup we’ve dived into the data to bring you some key stats to help you out in the corners and cards market.

France vs Croatia Corners and Cards

Ante Rebic to be booked at 15/8 – Rebic has committed more fouls than any other player at this World Cup and already has two yellow cards to his name. He comes up against French left back Lucas Hernandez, who is France’s second most fouled player.

Paul Pogba to be booked at 3/1 – Pogba has committed more fouls than any other French player in this World CupHe will be squaring off in the middle of the park against Ivan Rakitic, who has been fouled more than any other Croatian player this tournament.

Ivan Strinic 1st player booked at 14/1 – Strinic has committed eight fouls in the first halves of this World Cup, second only to Rebic in the Croatia squad. He comes up against Kylian Mbappe, who is the second most fouled first half player for France this tournament.

Over 4 Asian Total Cards at 1.85 – All but one of France’s World Cup matches so far have seen at least four yellow cards shown. Ten of the last eleven World Cup finals have seen four or more cards brandished.

Croatia Over 4.5 Team Corners at 6/5 – Five of Croatia’s six World Cup matches so far have seen them win at least five corners, including every one of their knockout stage matches.

England vs Belgium Corners and Cards

Thomas Meunier to be booked at 9/2 – Meunier has committed more fouls than any other Belgium player and has already served a suspension this World Cup after picking up two bookings.

Trent Alexander-Arnold to be booked at 7/2 – The young Liverpool full back is likely to start ahead of the injured Kieran Trippier on Saturday and will be coming up against Eden Hazard. Hazard has been fouled 25 times this tournament, with only Neymar suffering receiving more tough treatment than the Chelsea man.

Belgium Over 1.5 Team Cards at 5/6 – Belgium have picked up more than one booking in four of their six games in this World Cup.

Over 4.5 1st Half Asian Corners at 1.775 – Five of Belgium’s six games so far this World Cup have seen five or more corners in the first half.

Let us know what stats and information you want to know in future posts by following us on Twitter.