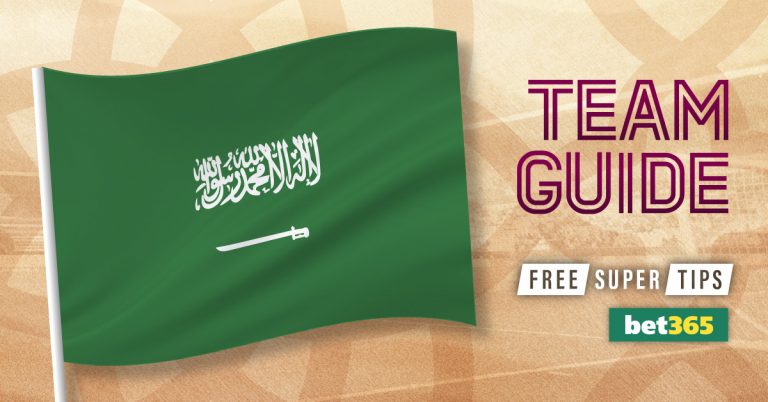 Saudi Arabia will make the shortest journey to the finals as they head to neighbouring Qatar in what may well feel like a home tournament for the Green Falcons, with identical weather conditions and such similar cultural values possibly giving them an edge.

It has been widely reported that the hot conditions expected at this winter World Cup will be to the detriment of everyone else barring Qatar and Saudi Arabia, especially those from Europe.

Such a slight advantage may not level the playing field though, with none of Saudi Arabia’s players plying their trade in Europe’s top-five leagues, all but the most discerning football fanatic will struggle to name many of their stars.

Saudi Arabia: The story so far

Whilst Saudi Arabia are more famous in the UK for owning Newcastle United than the performances of their national team, qualifying for a second consecutive World Cup tournament with two games to spare was an impressive feat for the five-time participants.

That feat is even more impressive when you consider that they finished above the seasoned World Cup participants, Japan. There is a growing sense of cautious optimism around the Saudi Arabia camp that they can perhaps match their record appearance when reaching the round of 16 back in 1994, buoyed by essentially playing in their own back yard.

Low-scoring games are often the order of the day for the Green Falcons, each of their last ten matches produced two or fewer goals whilst 16 of the 27 games under the stewardship of Herve Renard ended with under 2.5 goals. Consequently, any points may be earned in tight and tense encounters.

The entire Saudi squad plays exclusively in the Saudi Pro League, along with a contingent of players who ply their trade for AFC Champions League winners Al Hilal. Saudi Arabia can point to their togetherness and chemistry, although a lack of experience at the very highest level could ultimately prove to be their downfall.

Saudi Arabia are in Group C, which also features Mexico, Poland and one of the pre-tournament favourites, Argentina. With the Green Falcons making the short trip to neighbouring Qatar, they’ll hope that they can use that to their advantage.

The Green Falcons are used to flopping out at the group stage but could be in for a better time this time around with this potentially being boss Herve Renard’s last tournament at the helm.

Saudi Arabia are a massive 5/1 to progress to the knockout phase, a price which is perhaps justified as Argentina will automatically take one of the qualification spots according to most pundits, while many will predict that it’ll be Poland and Mexico duking it out for second spot.

Backing up that statement is Saudi Arabia’s short price of 1/3 to finish bottom of the group, although they may end up surprising a few.

Saudi Arabia’s best ever World Cup finish came in their maiden appearance back in 1994, wins over Belgium and the Netherlands were enough to see them through before eventually falling to Sweden in the first knockout round.

Since then, each of Saudi Arabia’s four World Cup tournament appearances ended in the group stage, with their 12-year wait to feature in a tournament at Russia 2018 seeing them famously lose 5-0 to the hosts in the curtain raiser on route to an early elimination.

The stage is set for the Green Falcons to at least equal their record by reaching the knockout phase, as no side in the competition is better accustomed to both the culture and the conditions that they’ll experience in neighbouring Qatar.

Saudi Arabia have had 11 managers across the last 11 years, although Herve Renard has lasted longer than most with this being his third year in charge of the Green Falcons.

Renard managed Cambridge Town in his earlier years but has since cut his managerial teeth on the international stage, his most notable achievement being in his previous job which ended Morocco’s 20-year wait for a World Cup finals appearance.

The Frenchman has overseen a strong record after 27 games with Saudi Arabia at the time of writing (W15, D8, L4), though their stifling style of play means that each of their last ten games produced two or fewer goals.

Saudi Arabia boss Renard typically sticks with a 4-2-3-1 formation but this could be adapted to a 4-3-3 if the situation requires it.

Mohammed Al Owais will likely start in goal with Al Amri and Madu serving as the centre-back pairing, although Al Buhaili is also in with a shout to start in that position.

Watch out for Al Faraj and Kanno pulling the strings in the defensive midfield area, where they’ll attempt to feed it out to key man Al Dawsari and Al Muwallad on the wings in an effort to set Al Buraikan up for the goals.

Saudi Arabia to qualify from Group C at 5/1

With a solid defensive record under Renard, a World Cup staged on their doorstep and ideal conditions for their entirely domestic squad, backing Saudi Arabia to qualify at a massive 5/1 could prove to be one of the best value pre-tournament bets available.

It is undeniable that they face tough opposition in Group C, but given their familiarity with the conditions and their well-settled team 5/1 looks a big price for them to cause an upset.