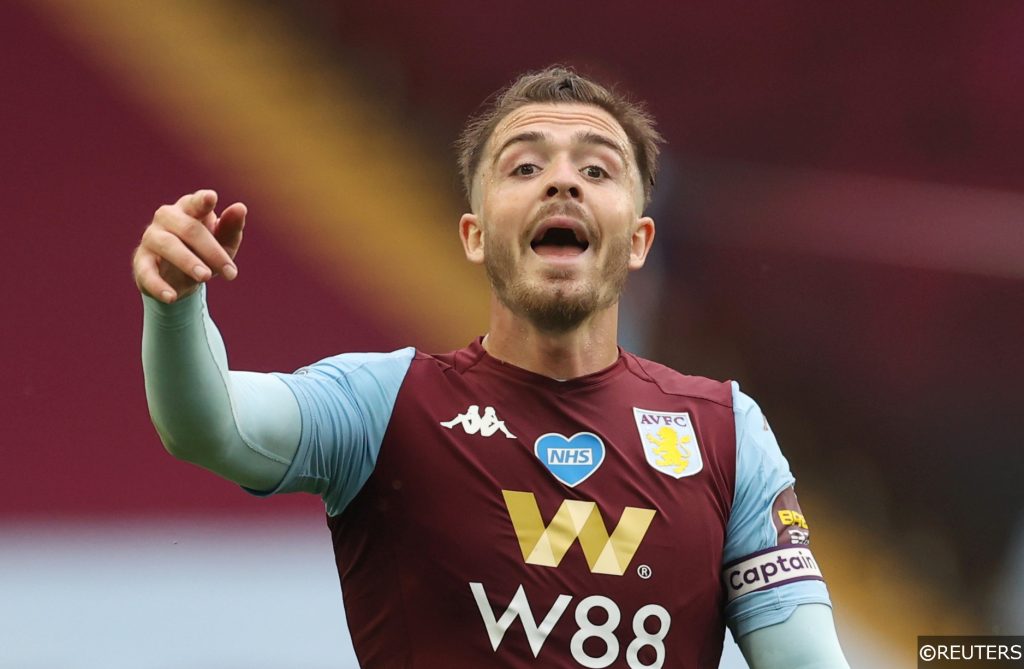 England take on the Republic of Ireland in an international friendly match on Thursday, and though there is little riding on the result at Wembley Stadium, a number of players will be itching to impress.

With more pressing competitive fixtures on the horizon, Gareth Southgate is expected to name an experimental XI for the Three Lions’ showdown with their near neighbours, offering a clutch of performers the chance to stake a claim for a starting berth against either Belgium or Iceland next week.

Below, we’ve taken a closer look at six of England’s fringe players hoping to make a splash in London later this week.

If you’re on the look out for betting tips for Thursday’s skirmish, head on over to our detailed England vs Republic of Ireland predictions for some in-depth analysis.

The untouchable Jack Grealish has been floating across Premier League pitches like vapourised genius this season, and the ethereal schemer has been whispering passes through defensive lines with incredible and consistent precision.

With four goals and five assists in seven Premier League starts this term, the 25-year-old has been an unstoppable creative force for the Villains, and the clamour for Grealish to start for England this week has been massive.

Grealish of course, is a former Republic of Ireland youth international, and his decision to swap green for white was a hugely controversial one. The attacking midfielder won’t get misty-eyed if he has a chance to sink his former countrymen however. 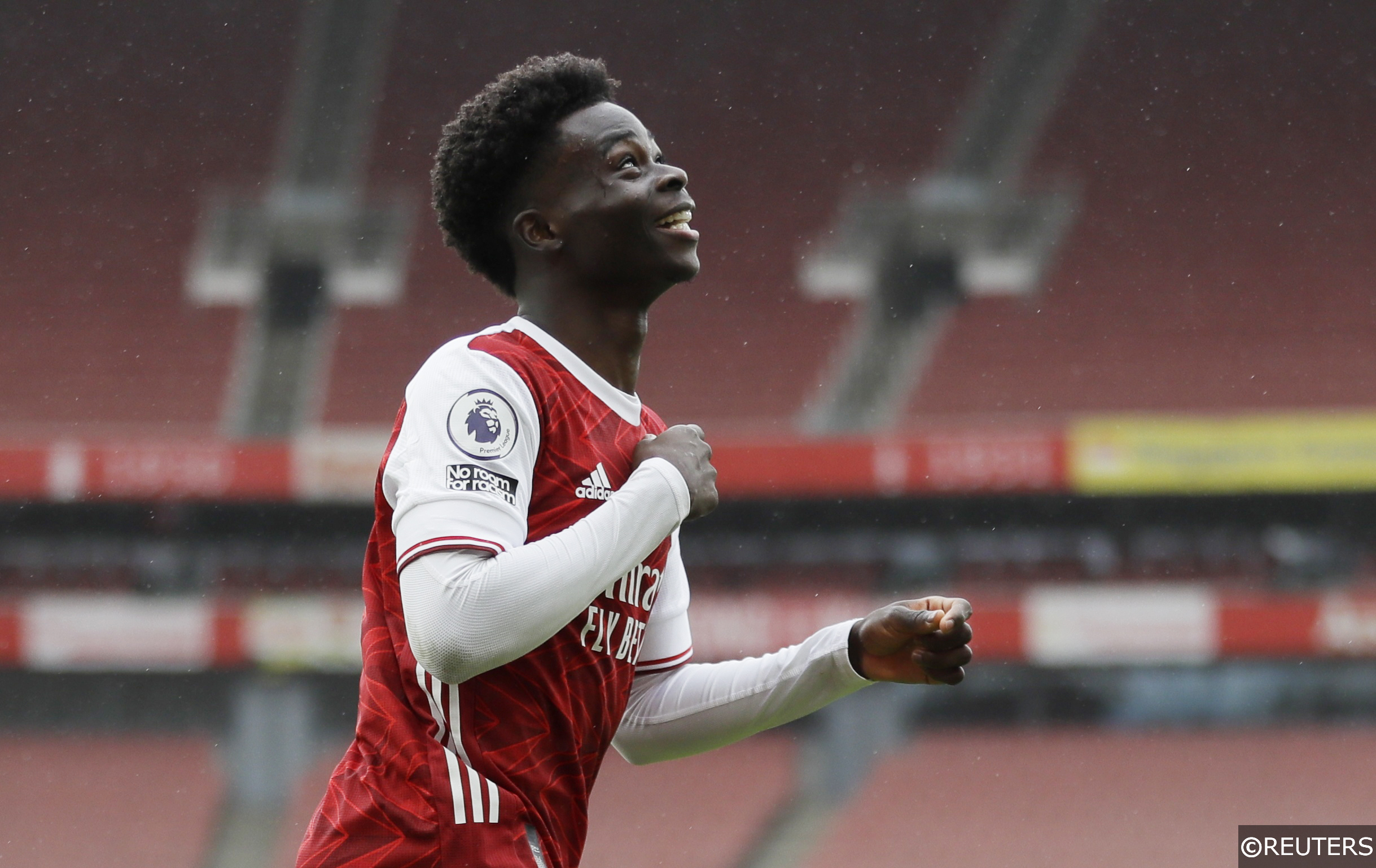 Versatile Arsenal youngster Bukayo Saka made his England debut in October in the Three Lions’ comfortable victory over Wales, and the rapidly developing 19-year-old will hope to see more minutes against the Republic of Ireland this week.

Saka has been a regular fixture for the Gunners this term, where his adaptability has allowed him to flourish in three different positions (left back, left wing and central midfield) in the opening exchanges of the 2020/21 season.

The 19-year-old’s tactical intelligence and ability to take on different remits will appeal to Gareth Southgate, and Saka looks certain to be heavily involved in the international setup over the next decade.

When one door closes, another opens – and this week the unfortunate and injured James Ward-Prowse’s withdrawal from England duty allowed Gareth Southgate to draft teenage sensation Jude Bellingham into the fold.

The 17-year-old, who swapped Birmingham for the Bundesliga in the summer, has been feeling his way into first team contention at Borussia Dortmund, though the gifted midfielder has already shown enough flashes of his potential to suggest that more impactful performances are imminent.

A star in England’s youth ranks, Bellingham has already shown an aptitude for producing the goods on the international stage, and the Stourbridge-born starlet will take his opportunity with both hands given a chance. 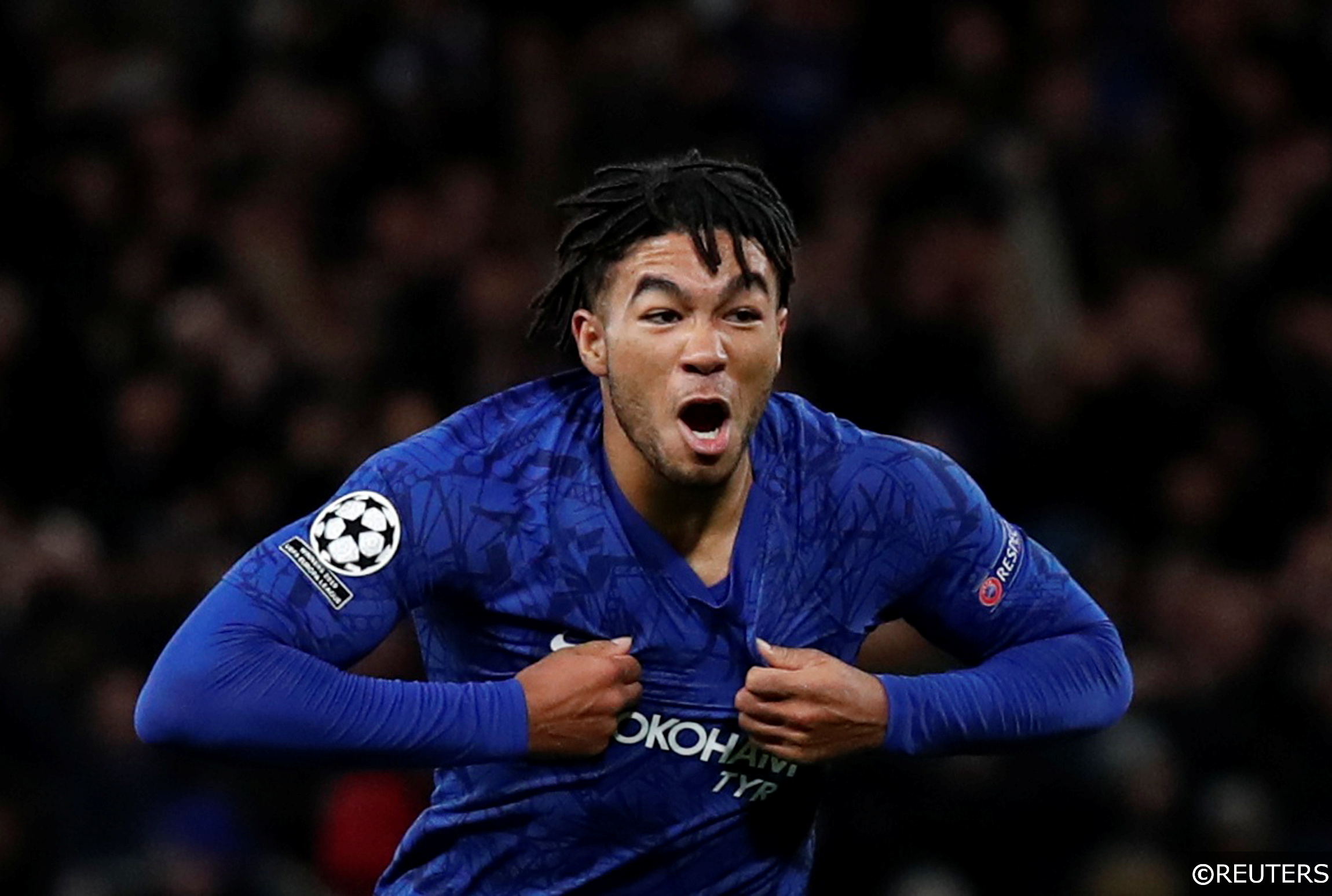 With competition intense and a crowd of high-class options for Gareth Southgate to choose from at right-back, Reece James knows he has to make every minute count when he turns out for England, and the explosive defender should be given another chance to shine against Ireland this week.

James – who won the first of his three England caps in October – has pushed the experienced Cesar Azpilicueta out of Chelsea’s starting XI at club level this term, though the 20-year-old has it all to do to earn a regular position in England’s team ahead of Trent Alexander-Arnold.

With the Liverpudlian set-piece specialist out injured, James has an opportunity to present his case for a starting place however, so expect to see the Chelsea academy graduate play with the brakes off if he makes an appearance on Thursday.

Talismanic Toffees striker Dominic Calvert-Lewin marked his Three Lions debut with a typically well taken headed goal against Wales last month, and with his performances at club level for Everton still remarkably consistent, the 23-year-old will be targeting more international success this week.

With a superb eight goals in eight starts for the Merseysiders since the summer, Calvert-Lewin has been one of the Premier League’s most lethal frontmen this season, and his 3.3 attempts per game average puts him among the division’s most productive attackers.

On Thursday, Dominic Calvert-Lewin could come up against his Everton teammate and captain Seamus Coleman, in a possible head-to-head duel that would add a fascinating sub-plot to proceedings. 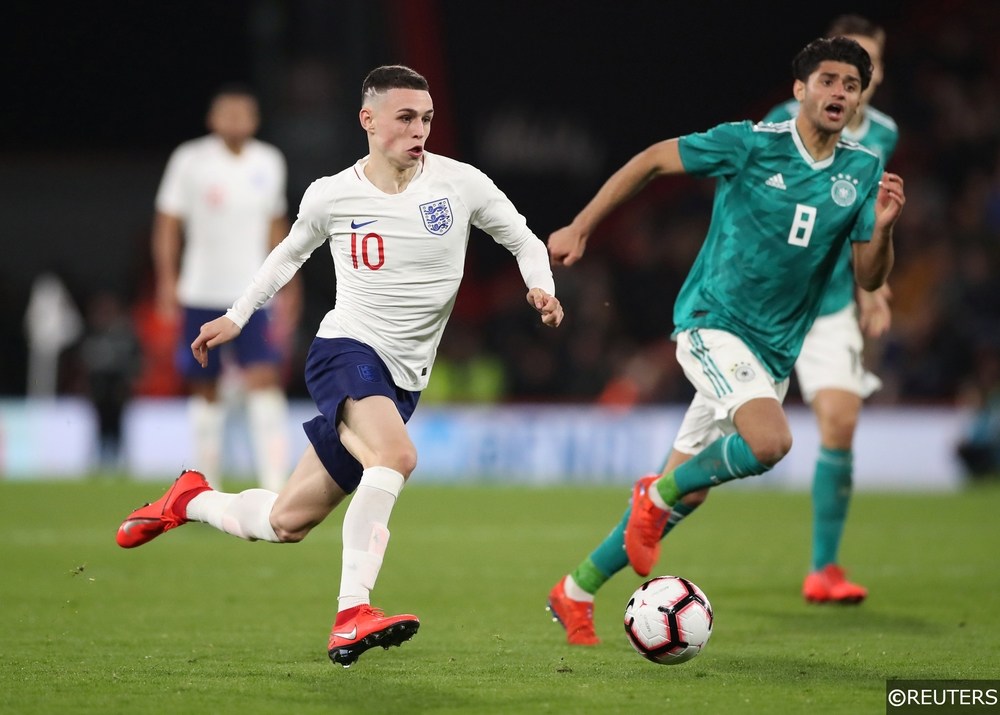 2020/21 has been earmarked as the season where Phil Foden finally emerges from the departed David Silva’s shadow at Manchester City, and the innovative midfielder is already on his way to eclipsing last season’s figures in terms of starts for the Citizens this term.

Foden – who has long been considered one of England’s brightest prospects – had been axed from the Three Lions squad for some indiscretions in Iceland, though the 20-year-old earned a recall earlier this month.

The diminutive distributor has creative competition to contend with for a place in England’s front six, however, Foden has a technical skill-set that stands him apart from his rivals.