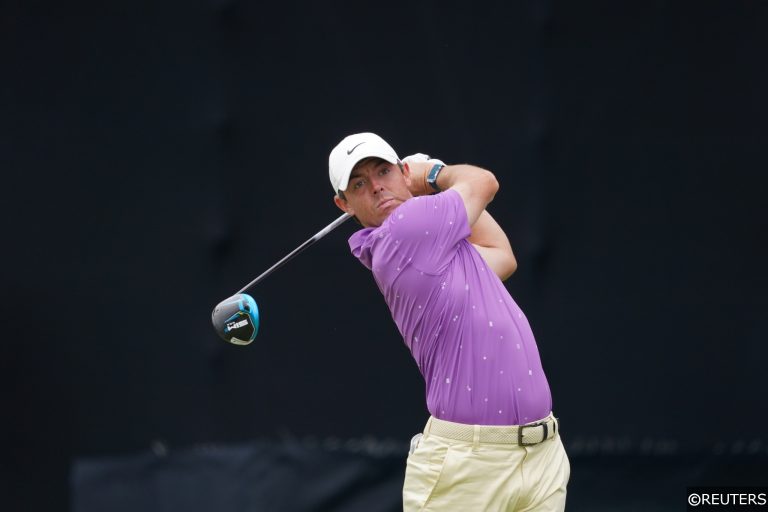 Steve Palmer kicked off 2022 with an each-way win by backing Patrick Cantlay for the Tournament of Champions in Hawaii last week and the Racing Post’s golf expert is back with his thoughts on this year’s Majors.

He’s picked out a winner for each of the four majors, starting with the US Masters in April and concluding with the 150th edition of The Open at St Andrews in July, and the result is this huge 58,994/1 accumulator.

You can view his selections and back the bet below, and remember each-way bets are available covering the top four places.

The four golf majors take place on the following dates:

The first Major of the season is now just days away and, with punters busy getting their ante-post accumulators in place, these four players are nominated as the best options.

Rahm has served his Augusta apprenticeship, with Masters form figures of 27-4-9-7-5, and last year his preparations were badly hampered by becoming a father just before the event. This time, having taken a long time off at the end of last year, the Spaniard should come out all guns blazing in 2022 and be in peak condition for the Masters.

Hovland won the Hero World Challenge just before Christmas, showing he is ready to defeat top-class fields, and his Majors record is already solid. In May, the US PGA is being staged in his adopted home state of Oklahoma, and the Norwegian could be ready to make a breakthrough.

The US Open may go the way of Xander Schauffele, who has form figures of 5-6-3-5-7 in the event. Schauffele loves a grind and if he can pick up a regulation PGA Tour victory before June, he could turn into the man to beat at Brookline.

Complete the magical four-timer with Rory McIlroy, who will be massively looking forward to getting another crack at St Andrews in the Open Championship. McIlroy was the early pacesetter in the 2010 Open at St Andrews, before strong winds destroyed his challenge in round two. The Northern Irishman’s wait for a fifth Major title may end at the Home of Golf in July.