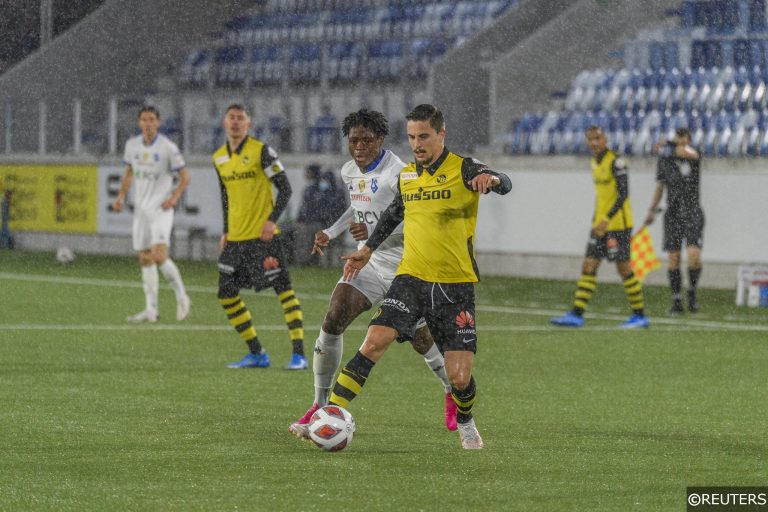 The top-tier of European football doesn’t get underway for a few weeks yet but football fans can rejoice as some of the more niche leagues return to action this weekend.

Germany’s 2. Bundesliga kicks off on Friday and is swiftly followed by France’s Ligue 2, Belgium’s Jupiler League and Switzerland’s Super League on Saturday.

Here, our focus is on Switzerland as the all-conquering Young Boys go on the hunt for a fifth consecutive title. Can anybody stop them?

It may be short-priced but it’s impossible to look beyond defending champions Young Boys this season.

They topped the table by a massive 31 points en route to their fourth consecutive Super League title and have managed to keep the vast majority of their team together so far.

Jordan Siebatcheu has joined on a permanent basis after an 11-goal haul on loan from Rennes and will once again join the devastating Jean-Pierre Nsame in attack. Nsame has topped the Swiss scoring charts for the last two seasons with a total of 50 goals in 56 appearances and the 28-year-old is bound to be on fire again this term.

Young Boys have also brought in 19-year-old midfielder Alexandre Jankewitz from Southampton and after losing just two matches last season it’s hard to see any of the trailing pack gaining enough ground to really challenge them.

Basel are second-favourites in the market but at 9/4 they offer little value even with their promising summer business.

They have resigned Darian Males on loan from Inter and brought in the talented striker Sebastiano Esposito from the Milanese club as well, but the loss of Switzerland international Silvan Widmer could prove costly.

Servette finished just three points behind Basel last term and could have easily ended up with a runners-up medal had they not lost four of their final five games.

They may not have the big names of their more illustrious rivals but Grejohn Kyei and Alex Schalk scored 20 goals between them last season and the Geneva-based club look like they’re building something under Alain Geiger. They look to harbour a bit of value at 33/1.