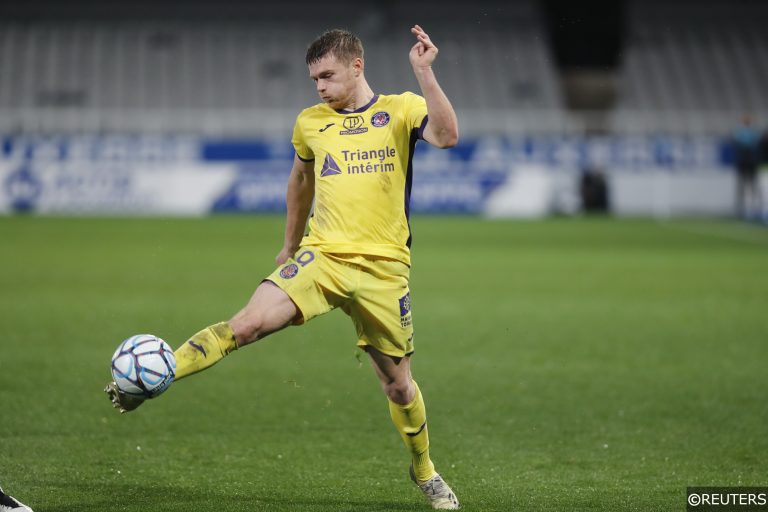 Top tier football doesn’t begin in France until August the 7 but the battle to join the elite gets underway this weekend with the opening round of Ligue 2 fixtures.

There were two teams relegated into the division last year as Dijon and Nimes dropped down from Ligue 1, with Troyes and Clermont promoted to the top flight.

Toulouse came agonisingly close to joining the duo in Ligue 1 but lost the relegation play-off to Nantes on the away goals rule after a 2-2 draw on aggregate, and Les Violets are among the favourites to win the title this season.

Toulouse go into the new campaign as the joint favourites to win the division alongside relegated Dijon.

Nimes are a 7/1 chance, just behind Auxerre at 6/1, and it is no real surprise to see these four teams leading the market.

Toulouse finished just two points adrift of Clermont in the final automatic promotion spot last season and ultimately paid the price for a poor start and then a mixed finish.  Le Tefece picked up just two points in their first four games after being relegated in the previous campaign, and then won just two of their final five fixtures as they had to settle for a play-off spot.

The Stadium de Toulouse outfit have largely managed to keep their squad intact and look primed for another serious tilt at promotion after coming so close last year.  In Welsh striker Rhys Healy they have a proven goalscorer at this level after he managed 14 goals in 32 games last season and the permanent capture of midfielder Brecht Dejaegere looks a good bit of business after his impressive displays while on loan from Gent last season.

Toulouse have kept the faith with manager Patrice Garande for a second season and they should be able to pick up where they left off last season after two strong displays against Nantes in the relegation play-off.  Unlike last season, there is no relegation hangover for Toulouse and after coming so close to promotion last year they can back-up their position as joint-favourites by securing the league title.

Guingamp finished 30 points adrift of champions Troyes last season but there were encouraging signs towards the end of the campaign that suggest they can improve on that this year.

Les Guinampais finished ninth in the standings but only lost 11 games and their main issue was too many draws.  The Stade de Roudourou side drew 17 of their 38 league games but improved immensely in the second half of the season following a change in coach.

Frederic Bompard was placed in interim charge at the start of February and then handed the role permanently on the 24th of that month.  From that point on, Guingamp hit real form with six wins, four draws and just two defeats in their final 12 games.  The Brittany outfit won five of their final six games and if they can carry that kind of form into the new season they could well be one of the surprise packages in Ligue 2.