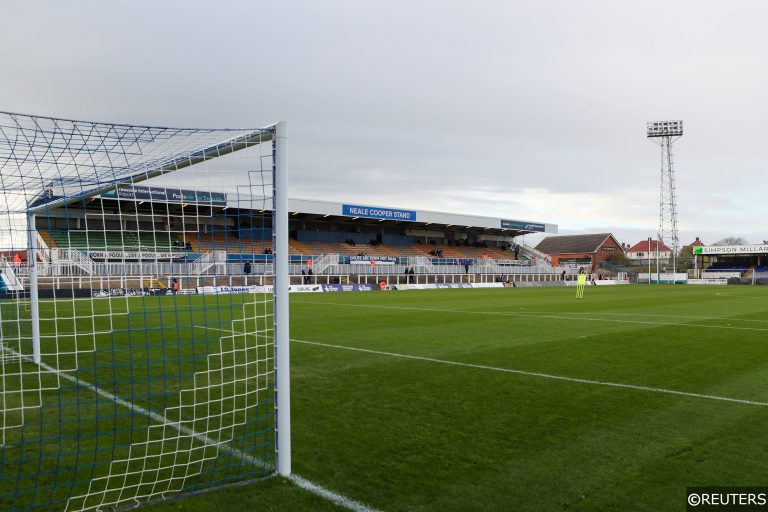 The weekend may be over and we now enter into another international break but there is still plenty of football to look forward to over the course of the week.

Europe’s big leagues are taking a break, but we’ve scoured the fixtures to come up with our Long Haul accumulator with one selection each day from Monday to Friday.

Here you’ll find an early look at some of our best bets of the week, culminating in a tasty 24/1 accumulator that will (hopefully) take you right through to next weekend!

Salford had been expected to challenge for promotion this season but they sit 19th in League Two and their away form has been poor. The visitors have lost five of six League Two trips this season, winning only once across eight away days in total this term.

An upset may be on the cards on Monday as the Daggers have just one defeat in seven home games this season, with five wins and two draws. Salford also have a poor record in this competition and within 90 minutes they have won just once in nine FA Cup games – a narrow win over lower-league Marine.

The hosts may well be able to claim a win here, but we’ve taken a cautious approach in this one and are backing the Daggers to win or draw in the double chance market.

Aldershot have just seven points to show from 14 National League games so far and have lost each of their last five games, a run includes a defeat to minnows Bowers & Pitsea in the FA Cup.

The Shots’ only points this season have come against their bottom five rivals and mid-table Wrexham look well placed to claim all three points here.

The Welsh club don’t have a particularly inspiring away record but they have managed eight points from seven trips so far. Wrexham have lost three of those seven games, but two of those defeats have come against teams challenging from promotion and they have the quality to beat Aldershot on Tuesday.

Wednesday’s selection is a late kick off in comes from Brazil’s top tier and Palmeiras should be able to make the most of home advantage when they host mid-table Atletico GO.

Palmeiras sit in second spot in Serie A and have an impressive home record with nine wins from 15 games (D2, L4). The visitors have lost seven of their 15 away games so far and have a woeful recent record against Palmeiras, losing six of their last seven meetings with one draw.

Slovakia and Slovenia are playing for pride now as the top two in Group H, Russia and Croatia, are out of reach but this fixture still has the potential to provide plenty of entertainment.

There isn’t much to separate these two teams and both have 10 points to show from eight games so far. Home advantage may prove the difference though, as Slovakia are fairly strong on home soil and have lost just one of their four qualifiers so far, against Croatia, while they also managed to beat leaders Russia in Bratislava.

Slovenia’s away form has been their downfall as they have lost three of their four trips, with their only win coming in Malta, and as such we’re expecting a home win here.

The first League Two fixture of next weekend takes place on Friday night with Hartlepool United up against Newport County. Pools are in a difficult period after manager Dave Challinor opted to depart for Stockport, but boast the best home record in the league so they look good value for the win on Friday.

The Victoria Park club have six wins in seven home games in the league, with one draw, while Newport have struggled for results on the road of late with just one win in their last six away games (D2, L3).

Hartlepool managed to hold League One promotion challengers Wycombe to a 2-2 draw in the FA Cup at home at the weekend under the guidance of interim boss Anthony Sweeney, and can back that up with a win over the Exiles.