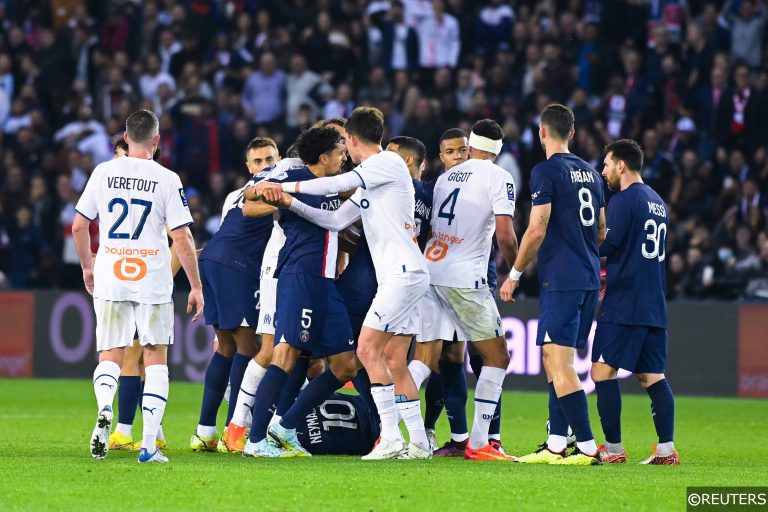 We’ve scoured Europe to find the form teams and have put together this 67/1 five selection accumulator for Saturday.

There are a few teams who have hit the ground running after the World Cup break, while some have managed to extend unbeaten/winning runs that predate the tournament in Qatar, and we’ve picked out five teams from five different countries who are all enjoying purple patches and have put them into this accumulator tip.

A few teams have missed the cut but deserve a mention – Barcelona and Union Berlin are both on hot-streaks but have games this evening (Wednesday), while Arsenal are in fine fettle but they play on Friday night rather than Saturday as they take on Manchester City in the FA Cup. Sheffield United and Wrexham are both on good runs but they play each other in the FA Cup on Sunday.

Marseille to win vs Monaco

Marseille have won all six of their games since the World Cup and they are now on an eight game winning run. Their final win before the break came at Monaco, and they have the chance to do the league double over a key rival on Saturday.

Monaco sit fourth and they should provide L’OM with a real challenge as they seek to extend their own five games unbeaten streak (although that run does include a penalties defeat in the Coupe De France), but home advantage may well prove the difference.

Wolfsburg to win at Werder Bremen

The Bundesliga has only just returned after their winter break but Wolfsburg have made a sensational start, winning both of their games and scoring 11 goals without reply in the process.

Die Wolfe are now on a six-game winning run and an 11 match unbeaten streak, and they can continue that with victory at Werder Bremen this weekend.

Empoli to win vs Torino

Empoli are hovering just outside the European places in Serie A and they have a chance to see off one of their main rivals in the fight for a top seven place as they entertain Torino on Saturday.

Empoli beat 10-man Inter Milan 1-0 in their last outing to record a second successive victory, and they have two draws and two wins since the action in Italy resumed.

Burnley to win at Ipswich

Promotion is the priority for both Burnley and Ipswich this season ahead of their FA Cup meeting on Saturday, but the Clarets did manage to beat Premier League opposition in the shape of Bournemouth in the previous round.

Burnley have won their last six games and have 10 wins in their last 11, losing only to Manchester United at Old Trafford in the EFL Cup during that run.

Union SG sit second in the standings in Belgium and they are on an unbeaten run that stretches back to early November. They have managed eight wins during that 10 game streak, and should be able to keep their fine form going with victory at a Charleroi side who have 10 defeats in 21 league games this term.

Back this 5/1 Fouls Four-Fold for Wednesday’s Carabao Cup clash!