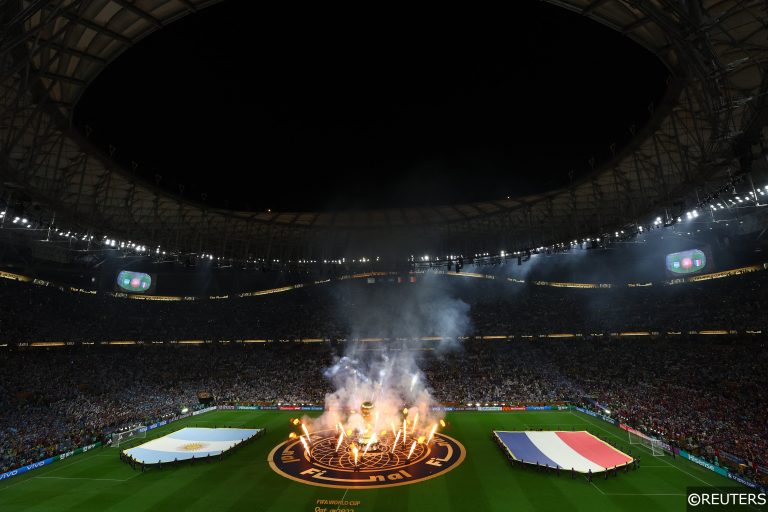 There was plenty of doubt surrounding the first ever winter World Cup in Qatar but after the most dramatic final in recent memory, I think we can all agree that, on a footballing level, it was a huge success.

Lionel Messi added the crowning jewel to an extraordinary career by winning the World Cup in his last ever game in the tournament, despite his likely successor Kylian Mbappe netting the first hat-trick in a World Cup Final since 1966. Who was that again?

It wasn’t just Argentina that had a blast, either. Here at FST we came up trumps with a host of tasty winners!

Qatar 2022 always had the feeling of being Lionel Messi’s tournament and we were happy to tip the Albiceleste’s in the outright market at 11/2.

After winning the Copa America in 2021 and putting together an extraordinary unbeaten streak, that all looked about to collapse around them as they were stunned by Saudi Arabia in their opener.

Fortunately for them, us and all the neutrals out there, Lionel Scaloni’s side rallied around and left all us Argentina backers on the edge of our seat on Sunday, eventually emerging victorious from the penalty shootout to land us our main tip of the tournament!

That was far from our only winner, though. Our player specials saw us back Messi to win the Golden Ball at 10/1 and Emi Martinez to take the Golden Glove. What a day!

We also had Messi to win the Golden Boot and came within minutes of landing a tasty Albiceleste-based four-fold, only for Kylian Mbappe to pull a rabbit out of the hat and become the first player since Ronaldo Nazario in 2002 to score eight goals in a World Cup.

Here’s something to write home about, too: After tipping Italy at 11/1 in Euro 2020 and Senegal at 4/1 in AFCON 2021, we have now tipped the last three major international tournament winners!

There were two huge winners during the World Cup, with the best of the bunch being Aaron Rogan’s massive 47/1 Ultimate Bet Builder win on Brazil vs South Korea.

That day, Monday 6th December, was the best in a run of very good days for FST’s top tipsters.

We landed a 10/1 Bet to Net double on the very same day thanks to Ivan Perisic and Vinicius Junior, bagged three consecutive World Cup doubles for 19.5 units of profit from the 4th December to the 6th December and hit six from seven in our Bet of the Day tips from 3rd December to 9th December.

The next notable big winner came less than a week later as Alex Wrigley tipped up a huge 41/1 Correct Score Double.

Prior to the curtain-raiser in Qatar we published a World Cup factfile looking at which, if any, records could be broken in the 2022 instalment.

We backed a South America team to emerge victorious, over 166.5 tournament goals and Lionel Messi to top the assists chart, all of which landed for a healthy profit!

As part of our preparation for Qatar 2022 we produced in-depth team guides to every single nation and rounded them off with a best bet for each team.

You can find all the team guide bets here, but if you want a quick rundown we tipped 12 winners, including Argentina to win the World Cup at 11/2, Japan to qualify from the Group of Death at 4/1 and a few 2/1 shouts to emerge in a slight profit overall.

Now, back to reality

Now, after four weeks of incredible international action and a host of winners in the Middle East, it’s time to get back to reality.

Fortunately, this year that means we are less than a week away from the Premier League returning and as always we’ll be covering every single game in our match predictions section and providing a raft of Boxing Day accas to spread some festive cheer!