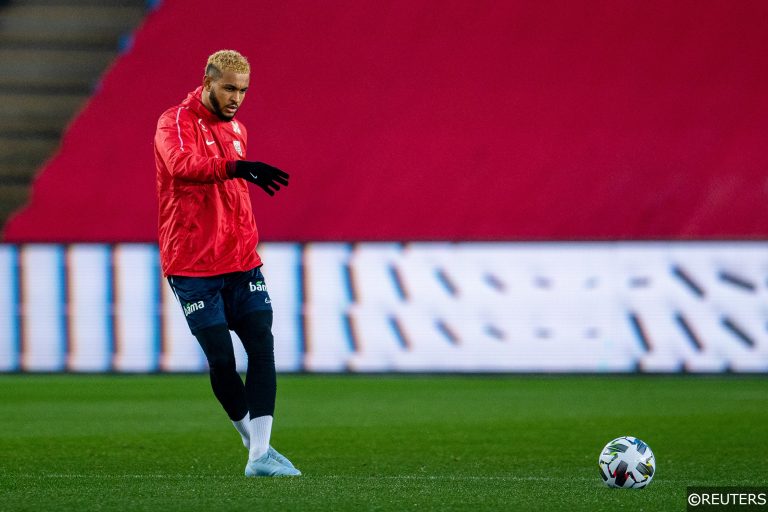 The transfer window slammed shut at 11pm on February 1st, calling time on the last-minute scramble for new recruits ahead of the second half of the 2020/21 campaign.

The trolly dash during this winter’s Deadline Day wasn’t quite as frenetic as previous years, though there was still enough action and deal-sheet swapping to get Jim White all sweaty as business came to a close.

Below, we’ve wrapped up all the key Deadline Day deals in the Premier League, as well as some of the more interesting moves from the lower division and the continent.

The champions finally fleshed out their defensive options by signing Schalke’s Ozan Kabak and Preston’s Ben Davies on the last day of the window to ease Jurgen Klopp’s pressing selection problems at the back.

With Joel Matip’s ankle ligament injury ruling him out for the rest of the campaign, and Virgil van Dijk and Joe Gomez both long-term absentees, Liverpool’s need for reinforcements was dire, and the Reds managed to strengthen their hand at very little cost.

20-year-old Kabak arrives after two years in the Bundesliga, where he turned out for Stuttgart before joining Schalke in July 2019. The seven-times capped Turkish international will arrive on loan initially, though Liverpool have the option to make the move permanent if he impresses.

25-year-old Ben Davies was something of a surprise capture however. The ex-Fleetwood, Tranmere, Newport and Preston man had spent his entire career in the English lower leagues until yesterday, making his switch to the Premier League champions all the more remarkable.

While Premier League fans will be fully familiar with Maitland-Niles, Yokuslu’s arrival would have sparked a thousand Google searches as supporters tried to find out more about the Turkish schemer.

The 26-year-old – who didn’t register single goal or assist in 12 La Liga appearances – hasn’t enjoyed the best of seasons so far, though the Turkish international, who is fond of a biting tackle or two, could be more at home in the cut and thrust of the Premier League.

After a number of deals fell through in previous windows – most notably a switch to Manchester United in January last year – Josh King finally secured a move away from Bournemouth yesterday when he signed for Carlo Ancelotti’s Everton.

The Norwegian forward spent five years in the top flight with Bournemouth before the Cherries relegation last summer, where he scored 48 goals from his 173 Premier League appearances.

The 29-year-old has notched just six goals in the Championship this term however, though his uninspiring record didn’t stop a number of Premier League clubs from battling it out for his signature.

Will Grigg – Sunderland to MK Dons

Carlo Ancelotti insists 7/1 Everton are 'in fight' for a place in top four after Southampton win
Sky Super 6 predictions and tips - round 39 (with 353/1 match result acca!)Follow FootySuperTips on BetBull for exclusive daily accumulators and up to £100 in free bets!FST starts the week in style with 44/1 correct score double winner!
FootballPremier LeagueChampions League & Europa LeagueBig WinsFree Tips