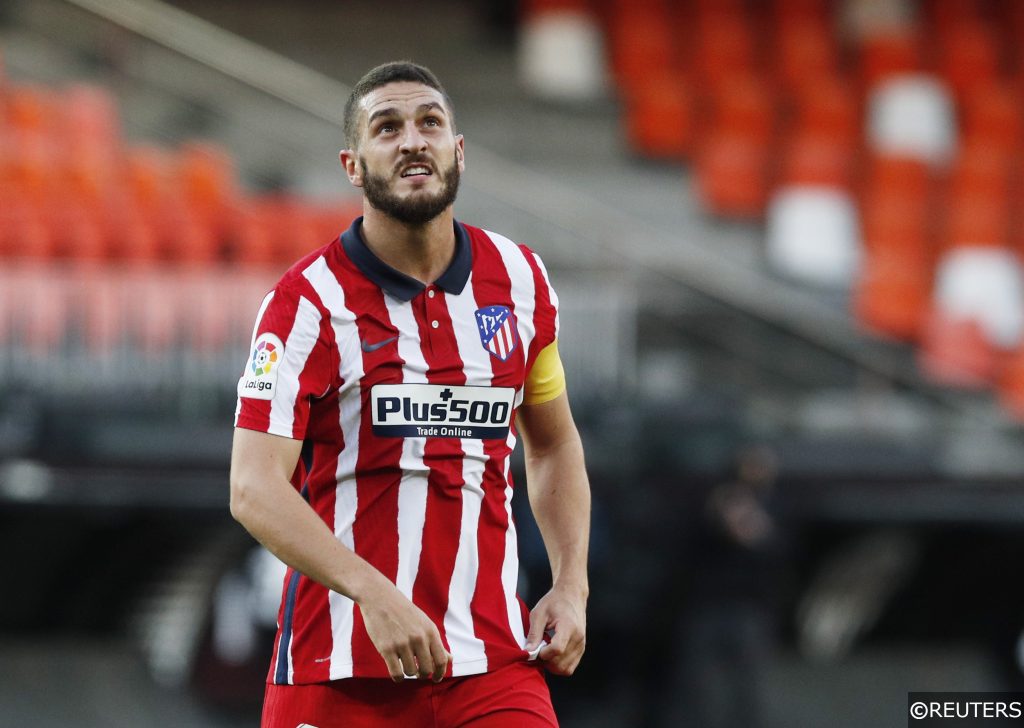 It’s Monday morning again, and with a fresh week comes a brand-new slate of fixtures to look forward to across Europe’s major domestic leagues and competitions.

While supporters everywhere will be tuning in to watch the best of English football in the Premier League through the usual channels, bet365 are again offering fans the opportunity to expand their horizons by streaming live matches from across the continent this week*.

With plenty of live stream football to consume between now and the weekend, we’ve taken a look at some of the matches worth checking out on bet365 between Tuesday and Friday.

On top of that, we’ve also picked out some betting tips for those games which combine to form a tasty looking 65/1 accumulator!

Don’t forget you can see betting tips and streaming info for the week’s biggest games in our match predictions section too.

*Geo-restrictions apply. To use the Live Streaming service you will need to be logged in and have a funded account or to have placed a bet in the last 24 hours

The action kicks off at 18:00 on Tuesday evening, when continental qualification hopefuls Granada take on Osasuna in Liga, where the hosts – who have won two of their last three matches at the Nuevo Estadio de Los Cármenes – look favourite to claim three points against the relegation candidates.

A little later the same day, Serie A leaders AC Milan launch their assault on the Coppa Italia with a Last 16 home tie against Torino. The Rossoneri beat Torino 2-0 when the sides clashed in the league on Saturday, and the in-form Milanese giants look well-equipped to repeat the trick on Tuesday.

In Germany, Bayer Leverkusen will take on Eintracht Frankfurt in what looks another potential cup cracker, though our attentions will switch back to La Liga, where table topping Atletico Madrid can tighten their stranglehold with a victory against Sevilla in the Spanish capital.

Incredibly, Atletico have conceded just six times in 15 La Liga matches this term, and we’re backing them to lean on their notoriously mean defence again to earn three points against Sevilla.

Over in Germany, the perennially dominant Bayern Munich travel to minnows Holsten Kiel for a Second Round skirmish the Bavarians will expect to cruise, however, in Italy, we have two Coppa Italia matches to follow that promise to deliver more competitive contests.

In the early kick-off, Antonio Conte’s Inter Milan travel to Florence to take on a Fiorentina side they beat 4-3 in late September, and we expect more goals when the teams trade blows in Thursday’s cup re-match.

At 19:45 the same day, last year’s beaten finalists Juventus look favourites to push into the competition’s quarter finals at Genoa’s expense, though we think a dangerous Il Grifone team could be worth a consolation effort in Turin.

On Friday evening, Bayer Leverkusen will attempt to get their pursuit of Champions League qualification back on track at Union Berlin, though their winless three game run should ensure they are nervous visitors.

Union meanwhile, should be purring after their recent five-match unbeaten surge, and Die Eisernen will host Leverkusen ready to attack. That should in turn ensure we are treated to an entertaining tussle at the Stadion An der Alten Försterei, and goals are worth backing as a result.

Our combined six-fold of Granada to win, AC Milan to win, Atletico Madrid to win, over 2.5 goals in Fiorentina vs Inter, Juventus and BTTS vs Genoa and over 2.5 goals in Union Berlin’s clash with Bayer Leverkusen comes in at 65/1.