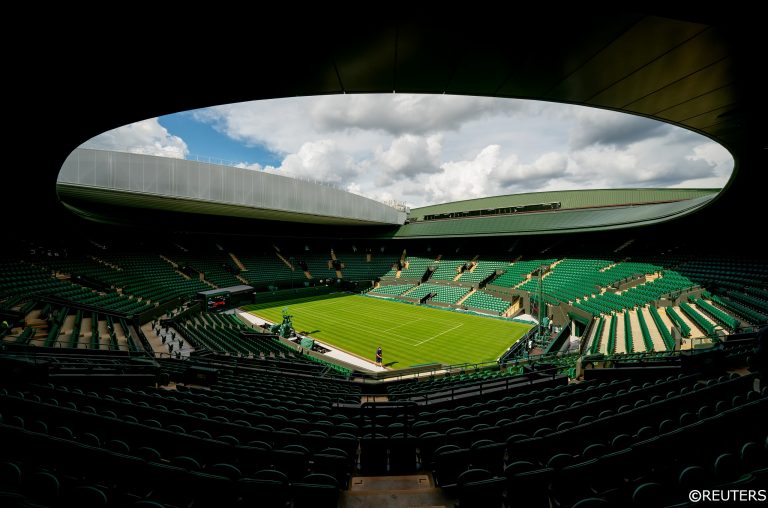 World number one Novak Djokovic is looking to move level with old rivals Roger Federer and Rafael Nadal on 20 Grand Slam titles with victory at Wimbledon on Sunday.

The super Serb faces impressive Italian Matteo Berrettini in the final and will be eyeing a third straight Wimbledon win after successes in 2018 and 2019. Last season’s showpiece was cancelled due to the Covid-19 pandemic.

Djokovic also remains on course to win all four Majors in a single campaign after title triumphs at the Australian Open and the French equivalent, and he is 1/5 to keep those hopes alive and master Berrettini.

With the top seed a skinny price for victory and 19/5 chance Berrettini unlikely to spring a surprise on his Grand Slam final debut, we take a look at a few markets that could trigger greater value.

Match result and both players to win a set

Djokovic dropped the first set in his opening round win over British youngster Jack Draper but he has made serene progress ever since, winning his next five matches 3-0.

However, the world number one has faced only one player inside the world’s top 20 and was extremely fortunate to defeat Denis Shapovalov in straight sets in his semi-final tussle.

Djokovic ran out a 7-6 7-5 7-5 winner but the Canadian 12th seed was serving for the opening set and caused enough problems to suggest Berrettini can make his mark.

It is also worth noting that these two players locked horns in the French Open quarter-finals last month, with Djokovic prevailing in four sets.

The 34-year-old can sometimes start his contest slow and Berrettini is full of confidence, so 6/4 with bet365 about Djokovic winning in four or five sets would be of strong interest.

Berrettini warmed up for Wimbledon with victory at Queen’s Club and he comes into this title decider full of confidence after piecing together an 11-game unbeaten run.

The 25-year-old is progressing nicely and his powerful game looks well-suited to the grass. He has a strong serve which is tough to break and is packed with a devastating forehand.

Those weapons alone make him a tough opponent for Djokovic and there is every reason to believe the early exchanges could be closely-fought.

Djokovic’s opening set with Shapovalov last time out went to a tiebreak and the first set in each of Berrettini’s five Wimbledon assignments lasted at least nine games.

Against arguably the best returner in the game, that total should be eclipsed and it is 8/11 with bet365 that the first set goes over 9.5 games, which is just one break of serve. An opening set tiebreak is 12/5.

When Berrettini lost in four sets to Djokovic at Roland Garros last month, he won 17 service games and there has to be every chance he can at least match that effort at Wimbledon.

Nerves may be a factor in such a big match, considering Berrettini is featuring in his first Grand Slam final. But there has been no sign of them playing a part yet and the world number nine is a five-time winner on the ATP Tour.

The Italian has lost only three of his 28 games since April, so should be full of belief, and he showed he can mix it with Djokovic in Paris last month.

Shapovalov, less consistent than Berrettini but armed with similar strengths, won 16 games against Djokovic without winning a set. The Rome native should do better than that and he is 5/6 with bet365 to win over 16.5 games. Djokovic is even-money to win over 20.5 games.

Djokovic dropped the opening set three times on his way to French Open glory and there have been a few slow starts at Wimbledon.

The Serb lost the opening set to Draper in his All England Club curtain-raiser and was also broken in the first set by both Marton Fucsovics and Shapovalov.

If he drops the first set against Berrettini, he may not be able to break him back and at 12/5 the Italian would make some appeal to clinch the opener. Djokovic is 9/2 to win from behind.