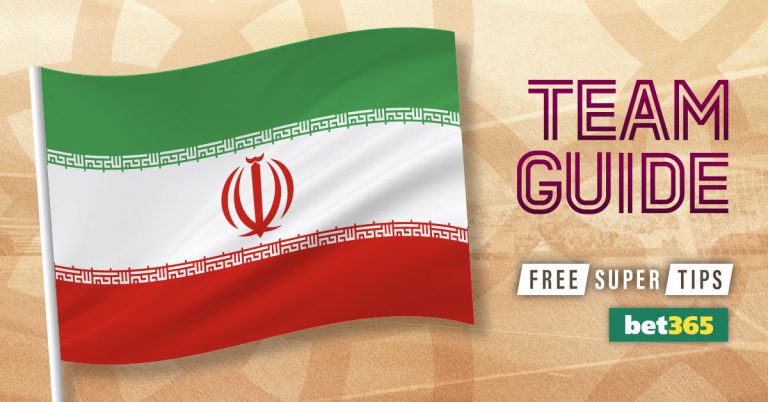 Iran make the hop across the Persian Gulf to Qatar for a record third successive World Cup finals appearance this winter but there looks little chance of them challenging the big dogs in Group B.

Ranked 20th in the FIFA world rankings, Iran are far from the worst team in Qatar but a tough group draw has tempered expectations of Marc Wilmots’ side.

Iran: The story so far

A lengthy qualification campaign in Asia saw Iran navigate their way through 18 fixtures to book their spot in Qatar but despite the prolonged process there position was rarely in doubt.

They lost just three of these 18 games, topping their final group ahead of South Korea having taken 25 points from a possible 30.

While Team Melli had no issues dispatching of lesser opponents, away losses to Bahrain, Iraq and South Korea illustrated their problems when faced with more talented teams, although positive friendly results against Uruguay and Senegal in September have eased those concerns.

Iran have never made it through the Group Stages in a World Cup and that run is unlikely to end in Qatar after they were handed an extremely competitive group.

They are 16/1 outsiders to top Group B and 4/1 to end their run of Group Stage exits, with England, Wales and the USA all boasting a superior chance of making it through a tricky group.

Iran waited 20 years between their first World Cup appearance and their second but they have been regulars in the competition since, qualifying for five of the seven World Cups since 1998.

However, their appearance in Russia four years ago was the first time in their history they have qualified for successive World Cups and a 1-0 win over Morocco in their opener in 2018 was just their second win in the competition.

A third qualification on the bounce is a success in itself but at some point they will hope to kick on and put in a competitive showing.

After eight years of stability under Carlos Queiroz, the Iranian management position has been thrown into turmoil over the past few years.

Queiroz resigned after a crushing 3-0 defeat to Japan in the 2019 AFC Asian Cup and his replacement, Marc Wilmots, resigned from the Persian Stars after the Iranian football federation failed to pay his wages.

Dragan Skocic stepped in to guide Iran to the World Cup but was sacked in September, paving the way for the return of Carlos Queiroz after the former Manchester United assistant left his post with Egypt.

Queiroz’ first reign saw the 69-year-old introduce a host of foreign-born Iranians to the squad such as Saman Ghoddos and Steven Beitashour, while his style of play in previous World Cups was heavily centred around defensive stability.

Iran boast a surprising amount of household names to the discerning football fan and have the added bonus of a settled squad, with the majority of their stars in the prime of their careers.

When faced with threatening opposition, Queiroz tends to prefer a defensive 4-1-4-1 formation focused on nullifying the opposition.

Bayer Leverkusen striker Sardar Azmoun, who has 41 goals in 65 appearances, is the star of the show, while Porto attacker Mehdi Taremi is a fantastic backup option. Alireza Jahanbakhsk can ply his trade on either wing, with versatile captain Ehsan Hajsafi likely to be utilised in the midfield.

It will be a big ask for Iran to win any of their group games against such competitive opposition but, with a talented tactician at the helm and a setup that is difficult to break down, I don’t expect them to lose every game.

They have taken exactly one point in two of their last three World Cups and in three of their five historic appearances, while they have never lost all three group games.