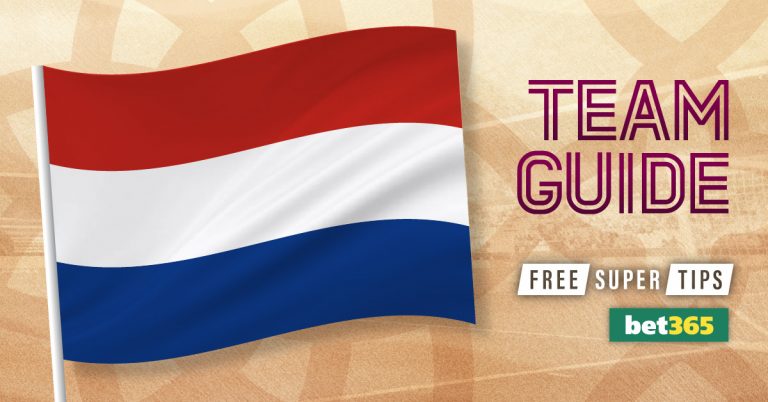 The Netherlands head to Qatar seeking to secure a first ever World Cup triumph under the guidance of Louis van Gaal, who returned for a third stint in charge of the Oranje after a disappointing Euro 2020 campaign.

The country that gave the world Total Football and the Cruyff Turn are perhaps the greatest footballing nation never to lift the biggest trophy in international football but they have had a few near misses over the years. Can they go all the way this time after a strong qualification campaign?

Netherlands: The story so far

The Netherlands qualification bid got off to a disappointing start as they went down 4-2 in Turkey in March 2021 when Frank de Boer was in the hot seat. De Boer then oversaw back-to-back wins over Gibraltar and Latvia, and Van Gaal had taken the reins for the next batch of qualifiers in September after a last 16 exit at the delayed Euro 2020.

Davy Klaassen scored the first goal of Van Gaal’s latest stint in charge in a 1-1 draw with Norway and from that point on the Dutch were near-perfect in qualifying, winning the rest of their games aside from a 2-2 draw in Montenegro in the penultimate round of fixtures, as they finished top of Group G.

The Netherlands have picked up a few impressive results since the qualification campaign and they remain unbeaten since Van Gaal returned. The Dutch have held Germany to a draw in a friendly and claimed eye-catching wins in Brussels and Cardiff in the Nations League as they continue to build towards Qatar, with a 1-0 win over Belgium in the most recent international break bolstering confidence further.

The Netherlands have been drawn in Group A and they should really be looking to finish in top spot. The Dutch open the tournament against Senegal on November 21, then face Ecuador before completing the group stage with a clash with host nation Qatar.

Unsurprisingly, the Netherlands are the heavy favourites to top the standings in Group A at 2/5 and they are among the favourites to win World Cup 2022 outright at 12/1.

The Netherlands had a fantastic team in the 1970s and they reached their first World Cup final in 1974, when the competition had two league stages before a final. The legendary Johann Cruyff starred as the Dutch topped the group in the first round and then claimed wins over Argentina (4-0), East Germany (2-0) and Brazil (2-0) to set-up a final with hosts West Germany.

The Netherlands took an early lead in the final via a Johan Neeskens penalty, but went on to lose the game 2-1.

Cruyff had called time on his international career before the 1978 World Cup in Argentina after helping the Oranje qualify. The Netherlands still managed to reach the final, but were beaten 3-1 in extra time as they suffered back-to-back World Cup final defeats to host nations.

The Dutch produced a host of fantastic players throughout the 1980s and 1990s, including Marco van Basten, Ruud Gullit, Frank Rijkaard, Dennis Bergkamp, Patrick Kluivert, Clarence Seedorf and many more, but they had to wait until 2010 for their next appearance in the final.

That team perhaps went under the radar prior to the start of the tournament but still had some exceptional individual players – such as Arjen Robben, Wesley Sneijder and Robin van Persie. They were beaten 1-0 by Spain in the final, with both nations seeking their first World Cup wins.

Van Gaal was a midfielder during his playing days and enjoyed stints in Belgium and in his homeland, most notably with Sparta Rotterdam, and he took his first coaching position in Ajax in 1986 as an assistant. The Dutchman took charge of the first team in 1991 and oversaw one of the most successful periods in the club’s history, winning three Eredivisie titles.

In 1995, he guided an Ajax team containing Kluivert, Bergkamp, Seedorf, Marc Overmars, Frank and Ronald de Boer, Edgar Davids, Winston Bogarde, Michael Reiziger, and Edwin van der Sar to Champions League glory and they reached the final again the following year – cementing his status as one of the top coaches in world football.

Since then, he has won more titles with Barcelona, Bayern Munich, AZ and Manchester United and enjoyed two previous spells in charge of the Netherlands.

Across his three spells in charge of the Oranje, Van Gaal has just four defeats in 57 games and is unbeaten in his current stint – with nine wins and four draws. The 71-year-old guided the Dutch to the semi-finals of the World Cup in 2014 and they ultimately finished in third place, and he will be looking to go further with this current crop as they bid to win the trophy for the first time in their history.

The Netherlands play with three at the back and have plenty of creativity among their ranks. They still play with a Total Football philosophy, although it has of course evolved as the years have progressed.

Liverpool talisman Virgil van Dijk is the captain and he is their key man, anchoring the defence as well as contributing in attack. PSV forward Cody Gakpo gets the nod as their rising star, although he is yet to secure a regular place in the starting line-up.

Netherlands to win the World Cup at 12/1

This Netherlands outfit may not boast the kind of talented individuals they have produced in years gone by but they are still an effective unit and have proven to be incredibly tough to beat since Van Gaal’s return. As such, there is plenty of appeal in backing them to go all the way and win the trophy at 12/1.