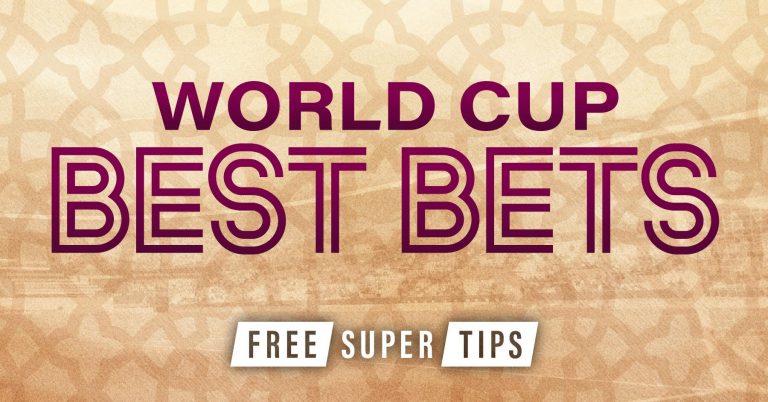 The 2022/23 season has been a rushed one and the World Cup is no exception. There’s only a matter of hours between the final group clash and the first knockout game in the tournament, but we’ve already run the rule over the last 16 ties.

Below is our run through each clash, while we’ve got a 123/1 mega accumulator covering all eight matches from the first knockout round, which you can see below!

Round of 16 Mega Accumulator

The Dutch have won seven of their last nine matches and Louis van Gaal remains unbeaten as Netherlands manager at the World Cup, winning seven of 10 games at the tournament including the 2014 edition. The USA have a poor record against European sides at this tournament, losing 13 of 23 games.

Argentina have won 2-0 in consecutive games and they had three goals chalked off in their 2-1 loss to Saudi Arabia. They have plenty of attacking talent and meet an Australia side that shipped four goals to France in the group stage, so back Lionel Messi and co. to rack up a couple of goals.

Poland lost 2-0 to Argentina in their last game and they’ve struggled against strong sides. Belgium and the Netherlands scored a combined 11 goals against them in the Nations League earlier this year and the attacking talent France possess should see them win this clash comfortably.

England have scored nine times at this World Cup and they have a great record against African sides, having won 14 of 20 competitive clashes. The Three Lions have comfortably seen off deep defences in Qatar and Senegal’s defensive struggles should send them out of the competition.

Japan have conceded in each of their last eight games at the World Cup, with six of those seeing both teams score. That includes meetings with Spain and Germany, where they managed to score twice in each despite having to surrender possession. They’ll face a similar test against a Croatian side who had scored in six straight ahead of this tournament, while they’ve noticed in 12 of their last 16 tournament matches.

Brazil have been in great scoring form, hitting 29 goals across their last 10 matches. That run includes a 5-1 victory over South Korea earlier this year. The Asian side should play their part in another high-scoring match, having seen eight goals across their last two matches at this tournament. They scored twice in each of those clashes, so back over 2.5 goals as they meet a free-flowing Brazil side.

Spain have scored in 24 straight games, a run which dates back to their run at Euro 2020. They’ve hit nine goals at this World Cup already, but they’ve conceded to Germany and Japan in their last two matches. Next up for them is a Morocco side who have scored twice in successive games, with Hakim Ziyech in sparkling form. Back both teams to score for the fourth time in five games for the Spanish.

Switzerland made it through their group with a thrilling 3-2 win over Serbia and the entertainment should continue against Portugal. They were in stellar scoring form at their last tournament, with both teams scoring in four of their five matches at Euro 2020, including a 3-3 draw against France in the last 16. Portugal have seen both teams score in two of their three games in Qatar, so back goals in this clash.