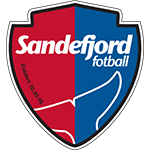 Exciting game anticipated in the Eliteserien

In-form Sandefjord become the latest challengers to test league leading Bodo/Glimt’s unbeaten record when the teams clash in what promises to be a thrilling Eliteserien encounter on Sunday.

The hosts will enter the contest with confidence after an excellent run of three wins in four, though a front approach could prove a dangerous tactic against their formidable table-topping visitors.

Sandefjord’s last three assignments were exciting encounters with an average of 4.66 goals plundered per 90 minutes of Norwegian top flight action, and while their attacking play has shown some promise, their record of keeping just two clean sheets in 13 games so far this term strongly indicates they have a defence that can be targeted.

Bodo/Glimt, who have seen over 2.5 goals hit the net in 100% of their 13 league fixtures to date this season, have been a devastating attacking force since the fresh campaign got under way, hitting a whopping 45 goals in total so far.

We expect Kjetil Knutsen’s charges to flex their final third muscle again this weekend, though their record of conceding twice in four of their last five assignments suggests Sandefjord should also have chances to register.

With those factors considered, the over 2.5 goals and both teams to score combination looks the way to go for Sunday’s clash, while our correct score prediction points towards a 3-2 Bodo/Glimt victory.

Simon Winter August 14, 2020 simon.winter@freesupertips.co.uk @simonjwinter
Born in the south east of Ireland, Simon put his life-long love of football to good use when he started a successful independent blog in 2010. That opened up an alternative route to a career in journalism, and having had work published across a number of sites and publications, Simon joined the staff at Spotlight Sports Group in 2018.