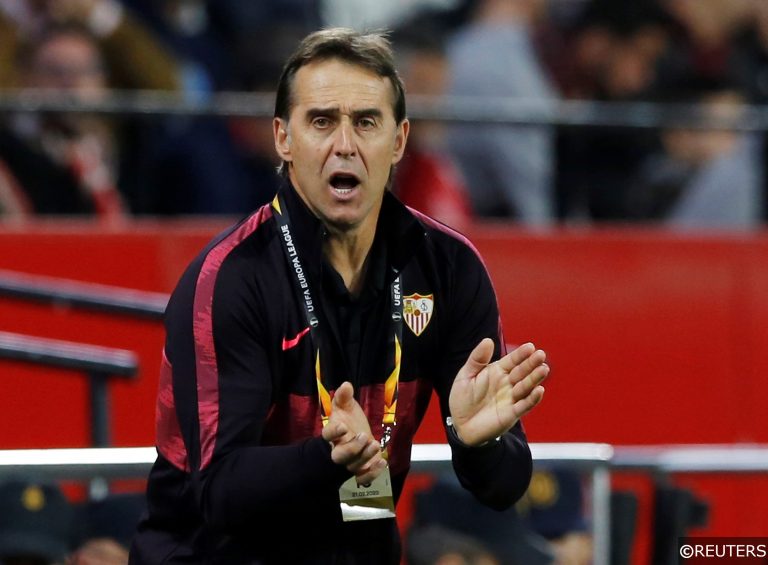 Wolverhampton Wanderers meet La Liga outfit Sevilla in the quarter finals of the Europa League in Germany on Tuesday, in a skirmish that pits the continental greenhorns against one of the competition’s most battle-hardened campaigners.

Wolves – competing in Europe for the first time since the early 80s this season – enter relatively unknown territory at Schauinsland-Reisen-Arena in Duisburg this week, where Sevilla, winners of the Europa League three times in the last six years, await.

Both clubs are considered dangerous outsiders armed with enough quality and tactical nous to make it all the way to the competition’s final in Cologne on August 21 – and their face off this week should be among the most keenly contested quarter finals.

Ahead of the action, we’ve picked out five key individual battles that could decide the outcome of Tuesday’s UEL quarter final contest.

For a more detailed analysis of the game, head on over to our Wolves vs Sevilla predictions for a comprehensive match preview.

Raul Jimenez’s importance to Wolves can’t be overstated and the Mexican centre-forward has been rewriting the term “talisman” with his incredible goal-scoring exploits this season.

The 29-year-old has already pushed through the 20-goal ceiling in all competitions for Wanderers this term, and having fired Wolves’ winner in the last round against Olympiakos, Jimenez will have Sevilla in his sights this week.

Talented 21-year-old centre-half Jules Kounde will be standing in Jimenez’s way however, and the rapidly developing French youngster has been steadily building a reputation as one of the most gifted emerging players in his position this term.

Kounde was superb in Sevilla’s 2-0 Last 16 win over Roma last week, though the ex-Bordeaux starlet will have to up his game again to limit Jimenez’s impact.

If the rumours hold weight, then Adama Traore could well line up against Sergio Reguilon in the Premier League next term, and the promising Spanish fullback shouldget a taste of English top-tier flavour when he marks Wolves’ flying winger this week.

Traore was among the Premier League’s most fouled players in 2019/20 and his searing pace and close control are a combination that most defenders just simply cannot handle.

At 23-years-old, Reguilon is already an accomplished performer however, though the Real Madrid loanee’s nine bookings in all competitions this season points to a lack of discipline that could land him in trouble against his rapid opponent, Traore.

Ruben Neves vs Ever Banega

At just 22, Ruben Neves is already considered one of the game’s most prominent deep-lying  playmakers, however, the Portuguese international comes face to face with a master schemer in the shape of Ever Banega this week.

With figures of 63.9 passes per game on average, Neves has had plenty of possession at the base of Wanderers’ midfield in the Europa League this season, and while Banega sees far less of the ball, his key passes average of 2.0 per 90 minutes compared to Neves’s 1.0 hints that the veteran Argentine is more effective.

Banega was Sevilla’s star performer in their hugely impressive 2-0 win over Roma in the last round of the competition, and Neves will need to monitor the 32-year-old’s movements closely to stop him running the show again in this week’s quarter final. 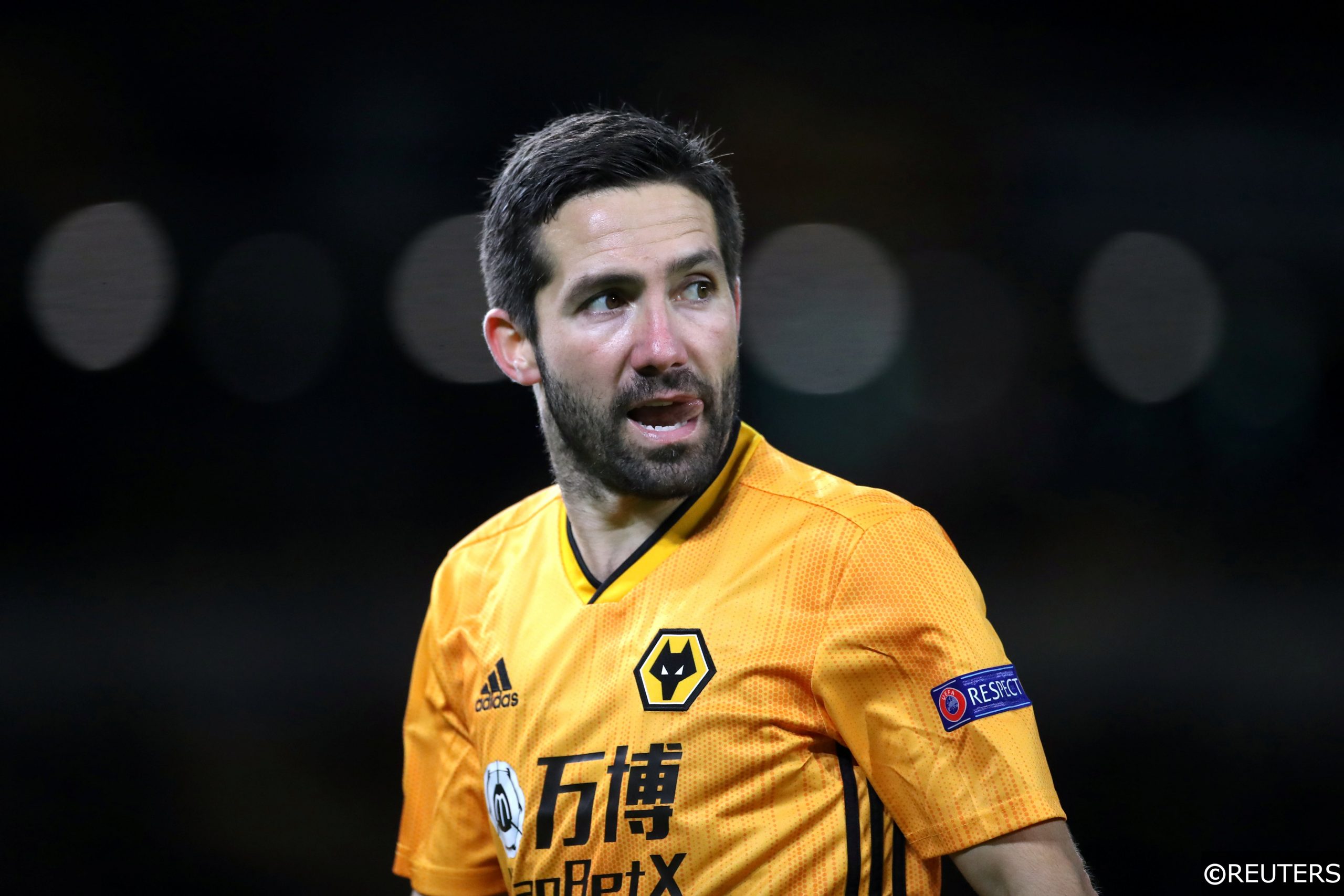 While Ruben Neves gets a greater share of the spotlight, Wolves regulars will tell you that his compatriot Joao Moutinho is the midfielder that really makes Wanderers tick.

The 33-year-old has three times as many assists (nine) as Neves (three) this season, while Moutinho’s pass completion rate (85.9) is also more impressive than his midfield counterpart’s (Neves 80.9).

The Brazilian has averaged 2.5 tackles per 90 minutes in the Europa League this season, and the ex-Man City man will have to be at his disruptive best again to close off Moutinho’s passing lanes in Duisburg.

With an average of just 1.5 goals per 90 minutes during their current, lengthy 18-game unbeaten run, Sevilla could never be described as prolific, however, Lucas Ocampos certainly has been from an individual standpoint.

The Argentine attacker is enjoying his most prolific ever campaign in 2019/20, and his 16-goal haul in all competitions makes him Sevilla’s leading marksman by a considerable distance.

Ocampos – who likes to penetrate with his runs from left to centre – should find the furthest right of Wolves’ central defensive trio, Willy Boly, tough to manoeuvre around however.

The 29-year-old Frenchman has been consistent and reliable for Wanderers this term, and Boly’s head-to-head with Ocampos has the potential to be the most crucial individual duel of the evening at the Schauinsland-Reisen-Arena this week.

It’s not quite as simple as “stop Ocampos and you stop Sevilla”, however, if the Argentinean attacker is kept on the periphery of proceedings, Los Nervionenses’ edge in the final third will be severely blunted.