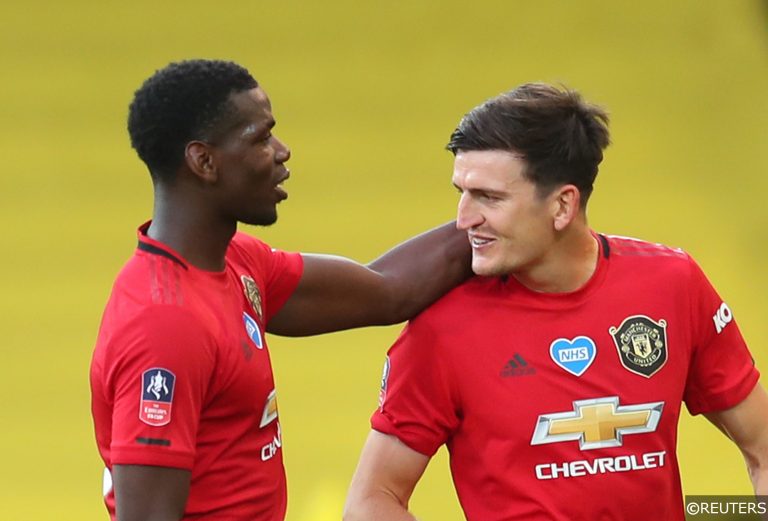 The final whistle has barely even been blown on the Europa League Round of 16, but Monday marks the start of the quarter final stage as the last eight teams battle it out to further extend their already lengthy seasons.

With the remainder of the competition set to be played at neutral venues, Manchester United and FC Copenhagen square up at the RheinEnergieStadion in Germany on Monday night, and it’s Ole Gunnar Solskjaer’s Red Devils that are overwhelming favourites.

Solskjaer’s men may have wilted at the end of the Premier League season, but their unstoppable form prior to the final few games saw them qualify for the Champions League and their huge aggregate win over LASK last week puts them as clear favourites in the hunt for the Europa League trophy.

We’ve done some digging ahead of Monday’s clash to come up with this lovely looking #OOT, and remember that you can find all our Europa League predictions here.

Want to add FST’s 50/1 selection straight to your betslip? Check it out below:

Manchester United’s devastating attacking trio were the recipients to most of the plaudits in their late-season push for the top four and, while they fully deserved this praise, their defensive improvements were largely overlooked.

The Red Devils won to nil in each of the last four Premier League away games and head into this tie having kept a clean sheet in seven of their ten Europa League matches.

They face a Copenhagen side that have failed to score in two of their last five games in the competition, both of which came away from home, and they have only scored more than one goal in three of their 12 Europa League matches this season. They could struggle to break through an improved Man Utd back line on Monday.

At just 18 years of age Mason Greenwood is already being touted as the future of both Manchester United and England. The youngster has scored 18 goals for his club this season and cemented a spot in the starting lineup thanks to his phenomenal output since the restart.

With over two weeks of rest under his belt and the vigour of youth on his side, Greenwood could be the catalyst for Manchester United’s progression in the Europa League.

Brandon Williams to be carded

With the injury-prone Luke Shaw sidelined yet again, Brandon Williams is set to take the left-back berth on Monday night. Another teenage academy product at just 19-years-old, Williams still has plenty to add to the defensive side of his game.

He has been booked eight times in 33 appearances for the Red Devils this season, and even more remarkable is the fact that 11 of those appearances have been from the bench.

Williams finished the Premier League season with a booking at Leicester and each of his last four cards have come away from Old Trafford.

Zeca to be carded

Combative Greek midfielder Zeca has the unenviable task of trying to keep the likes of Bruno Fernandes and Paul Pogba from running Copenhagen ragged on Monday night, and the 31-year-old could get on the wrong side of the referee in the process.

Zeca has been booked five times in 18 appearances for Copenhagen this season, including three in nine in the Europa League. Four of his five cards have come in ten appearances away from home and he has found himself in the book in two of his last four trips away from Copenhagen.

Averaging 1.8 cards per game in the Europa League this season, Zeca is unlikely to be the only player in the referee’s book come the final whistle on Monday.

Six of their 12 Europa League games (qualifiers included) have seen them carded at least twice, and they face a Manchester United side that know how to get their opponents in trouble.

The Red Devils have seen their opponents carded twice or more in six of their ten Europa League matches, with their opponents averaging 2.1 cards per game when facing Solskjaer’s men.