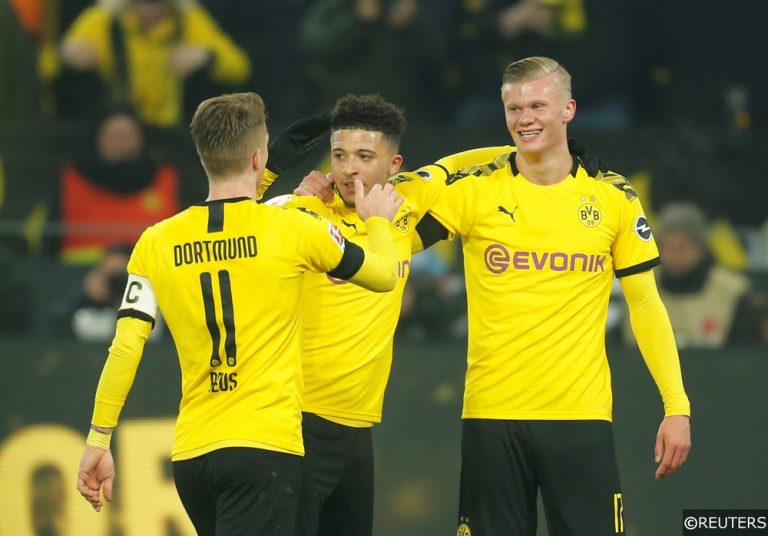 The Bundesliga is back! Football has been gone for so long we we’re beginning to wonder whether it ever existed at all, but at long last, the beautiful game is inching towards a return across the Europe.

Next weekend, the 2019/20 season resumes in Germany, and supporters everywhere are gearing up to consume a full fixture programme from the perennially exciting Bundesliga.

To help fuel your excitement, we’ve picked out a series of the biggest stories that are worth following in the German top-flight between now and the end of the campaign. And if you’re still not satisfied, check out the full Bundesliga fixture list along with the most exciting upcoming games.

Remember – we’ll be covering all the action with match previews and tips on our Bundesliga predictions page.

RB Leipzig hitman Timo Werner has been making more headlines than most during club football’s hiatus. Never shy of a having a chat with the media, the striker has been filling transfer gossip columns and teasing potential summer suitors with talk about his future.

The 24-year-old, who scored an incredible 21 goals in 24 starts before the Bundesliga was temporarily halted, looks set to leave Die Roten Bullen before the Autumn, though reports suggest Leipzig’s final league position will have a major bearing on how much money they can demand for their prized asset.

Julian Nagelsmann’s men are five points off the pace behind Bayern Munich at the top of the table and if they don’t manage to overhaul the current champions, the buyout clause in Werner’s contract will allegedly drop from £52m (€60m) to £44m (€50m). Liverpool take note. 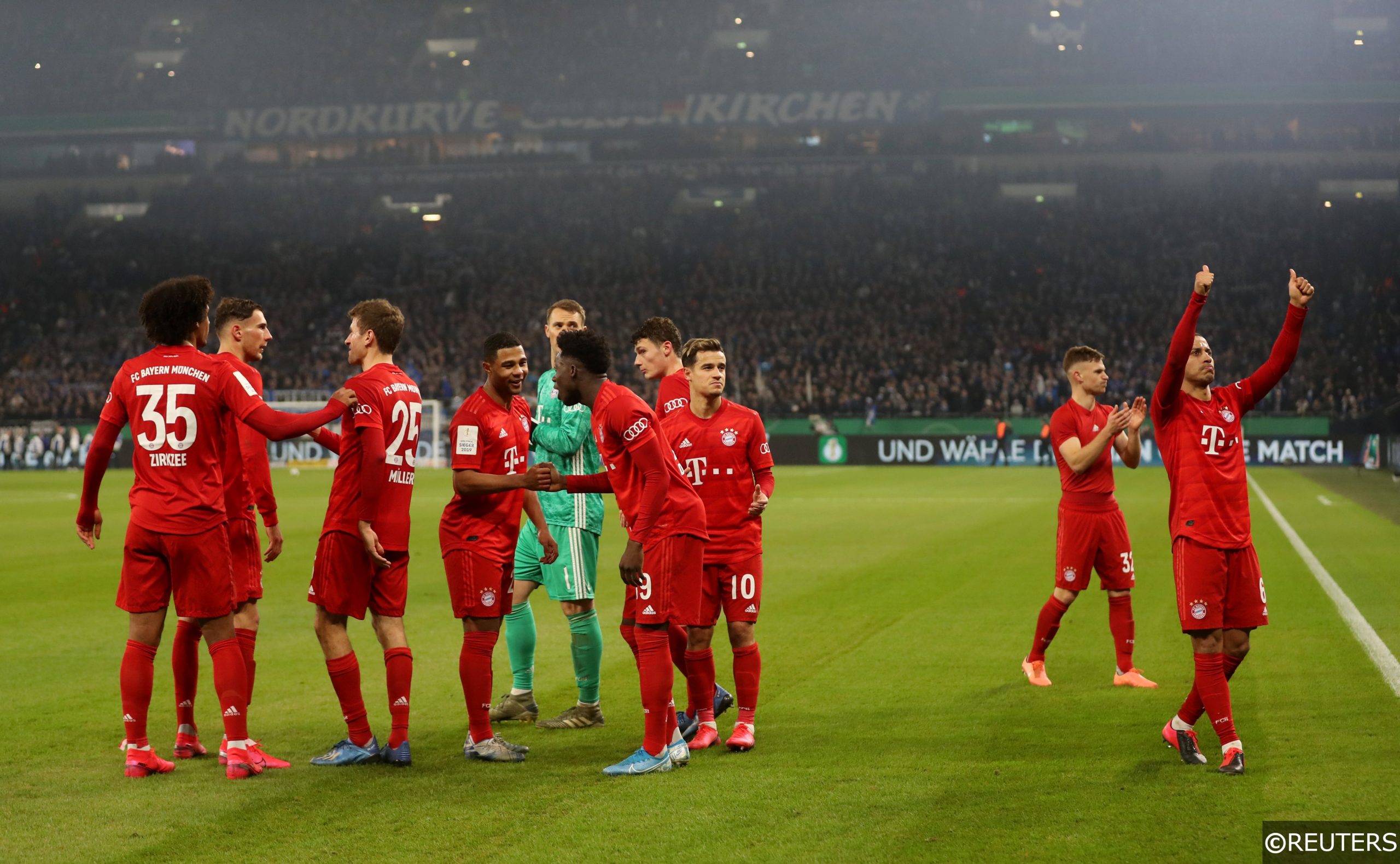 Former Bayern Munich midfielder Hansi Flick enjoyed quite the rollercoaster journey in 2019. The ex-German national team assistant joined the Bavarians in July 2019 as part of Nico Kovac’s backroom team, but ended up replacing his compatriot in the hotseat as caretaker manger at the club in November the same year.

From there, Flick impressed to such a degree that the 55-year-old was given the job until the end of the 2019/20 season in December – though the well-regarded coach’s rapid rise to prominence didn’t stop there.

Directly after Flick’s official appointment as the club’s de-facto number one on December 22nd, Bayern won 12 of their 13 competitive games, scoring buckets of goals along the way en-route to climbing back to the summit of the Bundesliga.

Flick also masterminded a superb 3-0 Champions League Last 16 first leg win over Chelsea at Stamford Bridge and guided his team to the semi-final stage of the DFP Cup. During the coronavirus pandemic in April 2020, Bayern Munich gave Flick another new contract, this time taking the deal through to 2023.

With the treble very much still on for Bayern, all eyes will be on Flick as he continues his quest towards a fairytale first season in charge at the Allianz Arena.

While the majority of clubs in Germany were left incredibly frustrated by the stoppage to their season in March, there might have been more than a little relief behind the scenes at Augsburg.

Just before the turn of the year, in mid-December, Die Fuggerstädter were sitting pretty in mid-table, just two points shy of the division’s sixth and final European qualification place.

However, a dreadful run of form that included seven defeats in nine league contests saw them hurtle south at a rate of knots.

Their 0-2 reverse at Bayern Munich in their last game before the season paused left them just five points clear of the relegation play-off position and proved the final straw for manager Martin Schmidt, who was promptly shown the door.

Now, under the instruction of new boss Heiko Herrlich, Augsburg will attempt to drag themselves out of their alarming slump, starting with a home game against Wolfsburg next Saturday.

Can Sancho and Haaland fire Dortmund to glory?

Two of Europe’s hottest properties will combine at the Signal Iduna Park between now and the end of the season to drive Borussia Dortmund’s quest for honours, and watching Erling Haaland and Jadon Sancho tear Bundesliga defences to shreds promises to be an incredibly entertaining watch.

With 14 goals and 15 assists in 21 starts from his right-sided berth, 20-year-old Jadon Sancho is among the league’s most devastating attacking weapons, though Dortmund fans might not get to enjoy the England international for long.

Similarly, Erling Haaland’s stay with the club isn’t expected to be lengthy, but if he can maintain the strike rate that saw him score nine times in just eight Bundesliga run-outs, the Norwegian will leave a legend.

The rapidly developing pair showed signs that they were beginning to develop a relationship in the final third before the health crisis, and if Haaland and Sancho can pick up where they left off, there is every chance the duo can land some silverware for Dortmund. 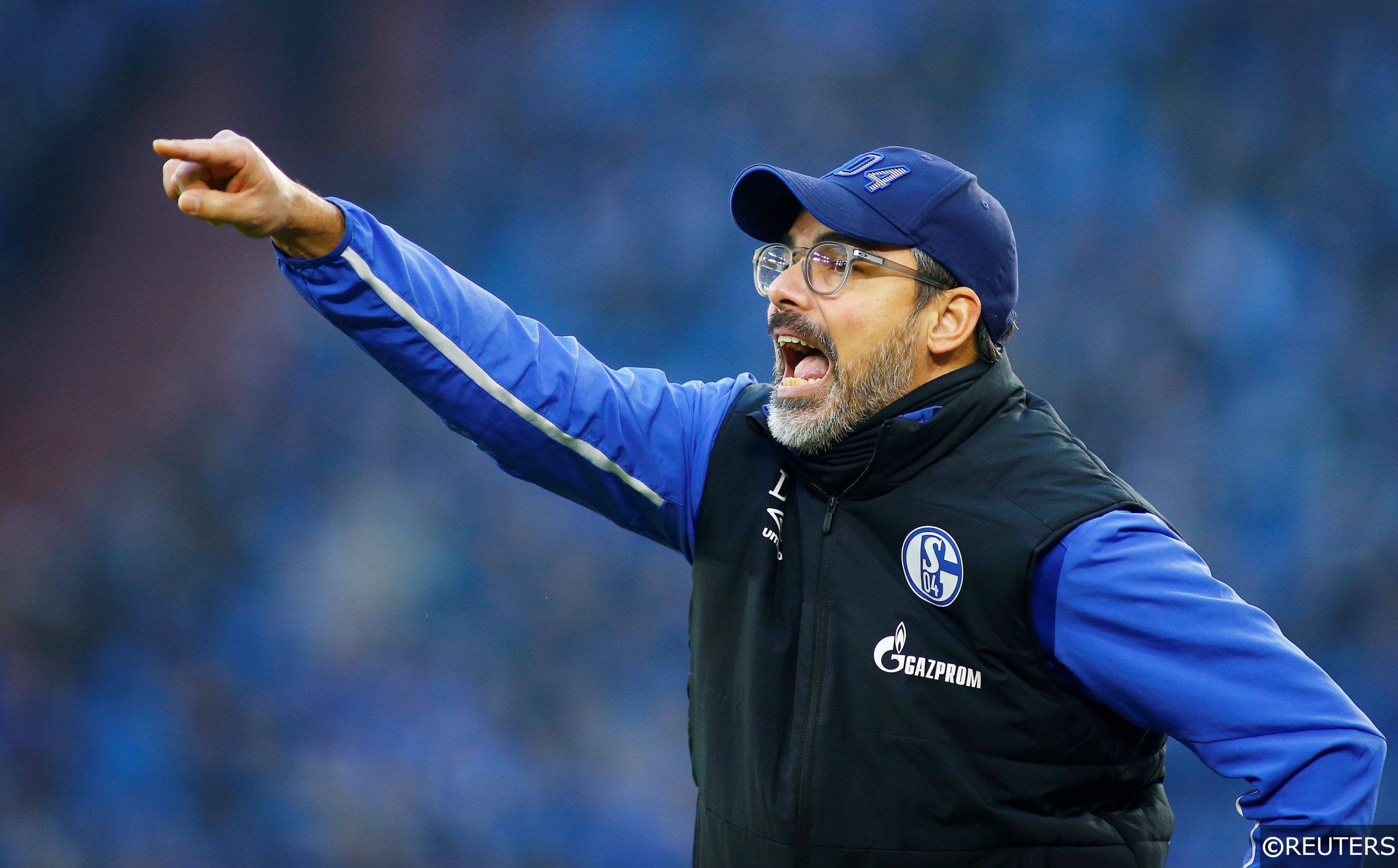 Die Königsblauen avoided a do-or-die relegation face-off by the skin of their teeth and in their attempts to press the reset button, they gambled on the appointment of former Huddersfield Town boss David Wagner.

Under the former Terriers head coach, Schalke’s improvement has been stark in 2019/20, and the Gelsenkirchen giants enter the final quarter of the campaign in sixth spot.

Schalke had started to regress a little before the league’s enforced hiatus in March, though there is still every chance that Wagner can turn them from candidates for the drop into continental qualifiers inside 12-months – which would be a remarkable feat.

Can Werder Bremen pull themselves together?

In one of the most compelling plotlines of the 2019/20 Bundesliga season so far, big-hitting Werder Bremen look odds on to be relegated to Germany’s second-tier.

Die Werderaner have been a top-flight staple for decades and were last relegated all the way back in the 1979/80 campaign, though just 16 years after they won the league and cup double in 2004, Werder look like they could exit the Bundesliga again.

Bremen, in second last, are four points behind Fortuna Dusseldorf in the relegation play-off position in 16th and a full eight points from absolute safety – though they do hold a crucial game in hand over their rivals.

However, having won just four of their 24 league fixtures to date, Florian Kohfeldt’s men have shown little signs of life.

Injuries have been a massive problem for the 37-year-old coach to contend with this term, though the two-month gap between games should allow their absenteeism crisis to ease a little.

Even so, Werder have it all to do to avoid being ousted from the division and it will be fascinating to see if this Bundesliga behemoth can turn their fortunes around.