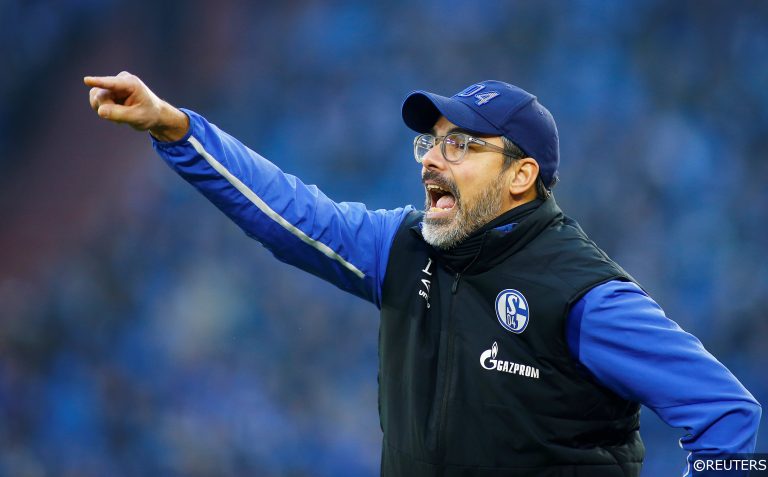 The Bundesliga has been given the green light to return after its lengthy coronavirus-induced shutdown, and the German top-flight will become Europe’s first major league to kick back into gear when it resumes next weekend.

Already, excitement is steadily starting to build ahead of the return of elite level football and fans right across the globe are adopting Bundesliga clubs to support from now until the 2019/20 campaign finishes.

With over a quarter of the season left to contest, there is lots still to play for at both ends of the Bundesliga season, and a scan of the competition’s remaining fixtures reveals some crucial looking, stand-out match-ups.

Let’s take a closer look at some of the games to look out for over the coming weeks along with the full Bundesliga fixture list itself.

Remember – we’ll be covering all the action with match previews and tips on our Bundesliga predictions page.

One of German football’s most heated local rivalries, the Rivierderby is undoubtedly the pick of the games from the first set of post interval fixtures.

Schalke are much improved this season under David Wager, but do they have the tools to upset their title chasing local antagonists?

Bayern Munich make their first ever Bundesliga trip to play Union Berlin, who have already bloodied the noses of Dortmund and Gladbach at the Stadion an der alte Föresterei earlier this term.

A Berlin derby awaits on Match 27 in an eagerly anticipated contest between Hertha and Union. In the reverse meeting between the clubs earlier in the campaign in November, Union came out on top thanks to an injury time penalty.

Gladbach’s clash with Bayer pits two clubs chasing Champions League football against each other. With the sides just six and eight points off the top respectively, a win for either side could also potentially provide the fuel for a late outside dash for the title

This is definitely one you can’t afford to miss. With the clubs going head-to-head for the Bundesliga title, Matchday 28’s Der Klassiker has all the makings of a classic. As things stand, Dortmund are four points behind Bayern, though they will need a far better showing than their performance in their 4-0 battering in Bavarian last year, to grab the gap-closing victory they need.

Werder Bremen need points and lots of them if they are to avoid being relegated from the Bundesliga for the first time since 1980. Their home form will be key to their chances of survival and they host high-flying Borussia Gladbach in another huge fixture at the Weserstadion on Matchday 28.

With title favourties Dortmund and Bayern clashing the week before, RB Leipzig, who are five points off top spot themselves, will need to capitalise on every opportunity presented to them to remain in this season’s title race. Three points are must when the travel to play Köln, though the Die Geißböcke were in excellent form before football’s enforced hiatus and will go toe-to-toe with Julian Nagelsmann’s side.

In late November, Borussia Dortmund and Paderborn produced one of the games of the 2019/20 season when they shared the spoils after a dramatic 3-3 draw at the Signal Iduna Park. Der BVB were three goals down at the interval, but fought back to grab a point with a last gasp equalizer from Marco Reus. However, another slip up against the relegation certainties could completely derail their title bid.

Leverkusen have been in electric form in 2020 and were the last team to topple Hansi Flick’s Bayern side when a brace from Leon Bailey earned Bayer three points in a 2-1 win in Munich back in November. With Bayern target Kai Havertz in tow, Die Werkself are capable of throwing another spanner in the works for the defending champions on June 5.

Gladbach have Champions League qualification in their sights this season, and having beaten Freiburg 4-2 earlier in the season in an end-to-end encounter, Die Fohlen will back themselves to do the double. However, Freiburg are a notoriously tough nut to crack at the Schwarzwald-Stadion and will be out for revenge.

Gladbach are one of only four teams to have beaten Bayern Munich in the Bundesliga so far this season, and having upset the odds to beat them 2-1 in November, they will be aiming to repeat the trick in Bavaria on June 12.

Before the Bundesliga’s break, Schalke and Leverkusen held on to the league’s final European qualification berths in 6th and 5th respectively. And while they were separated by a vast looking 10 points gap, the teams are evenly matched enough on the pitch to put on a real show in Gelsenkirchen.

Week 32 throws up some fascinating looking head-to-heads, two of which promise to have major knock-on effects at the top and bottom of the table. 17th placed Werder Bremen host current leaders Bayern Munich in the first key contest, and with just three games left to navigate, every point counts for both.

On the same day, RB Leipzig in 3rd meet 16th placed Fortuna Düsseldorf adding to the drama that could unfold at opposite ends of the standings. Die Roten Bullen were comfortable 3-0 winners when the sides last played in December and will expect to run up a similar scoreline.

In the penultimate weekend of the 2019/20 season, two of the current members of Bundesliga’s top three meet in what looks a bona fide season defining contest between RB Leipzig and Borussia Dortmund. The game pits Timo Werner against Erling Haaland and Jadon Sancho – and with so much attacking talent on show, it’s little wonder the teams drew 3-3 before Christmas.

While much could change between now and when Schalke and Wolfsburg are scheduled to play on June 20, at present, the clubs in question look the likeliest contenders for the 6th and final European qualification place in the Bundesliga. Their meeting on Matchday 33 could prove decisive.

The 2019/20 season’s final day where all number of potential scenarios could play out!

Borussia Dortmund are the only member of the Bundesliga’s title chasing trio to finish with a home game (vs Hoffenheim), while Bayern Munich and RB Leipzig play at Wolfsburg and Augsburg respectively.

If Werder Bremen’s fight for survival goes down to the wire, they will have to win at home to Köln stay up, and hope that Fortuna Düsseldorf are undone at Union Berlin.

Elsewhere, Gladbach and Leverkusen’s pursuit of Champions League football ends with home games against Hertha Berlin and Mainz, while Europa hopefuls Freiburg and Schalke round things up with what should be a keenly contested tussle at the Schwarzwald-Stadion.