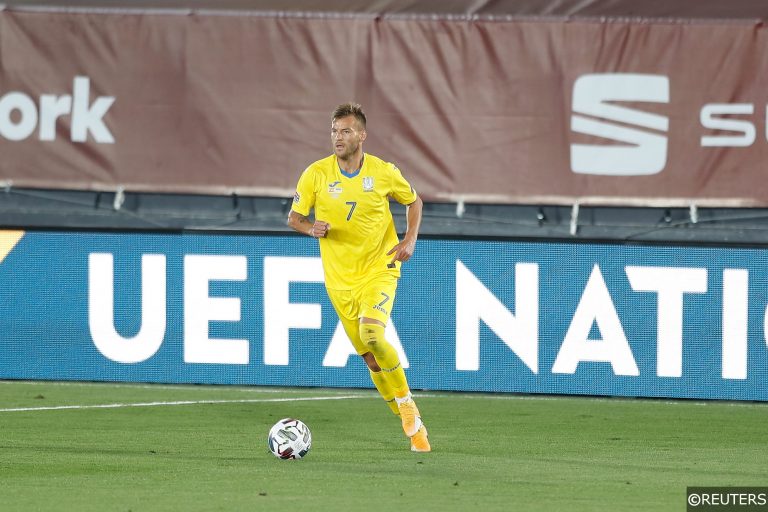 And then there were eight. Euro 2020 has reached the quarter-final stage and there have been plenty of surprises along the way.

World champions France, holders Portugal, Germany and the Netherlands have all crashed out, leaving England as the favourites to lift the Henri Delaunay Trophy.

Switzerland and Spain get the last-eight action underway in St Petersburg on Friday before Belgium lock horns with Italy in Munich.

There are also two games taking place on Saturday, with Czech Republic and Denmark kickstarting proceedings before England square-up with Ukraine in Rome.

Let’s take a look at all the best shots and shots on target bets for the four quarter-finals.

Spain are averaging 67 per cent possession across their four Euro 2020 encounters to date and they are again expected to dominate the ball against a Swiss side set-up to frustrate.

La Roja are also the highest scorers in the competition with 11 goals scored and they are creating chances aplenty with them registering 68 shots, an average of 17 per outing.

Alvaro Morata has had eight shots on target across his four tournament appearances, only Cristiano Ronaldo and Patrik Schick have racked up as many, and he looks good value at 6/5 for over 1.5 shots on target.

Belgium have won all four of their matches at Euro 2020 but their perfect record could be halted by Italy in Munich.

The Belgians could be without the services of Kevin De Bruyne and Eden Hazard and that would severely limit the service provided for star striker Romelu Lukaku.

Roberto Martinez’s men defeated Portugal 1-0 in the last round but scored with their only effort on target. And chances could be limited against a defensively resolute Italian side that have yet to concede a goal in regulation time.

Turkey, Switzerland and Wales managed only two shots on target between them against Italy in the group stages, while last-16 opponents Austria registered just three across the 120 minutes.

With that in mind, bet365’s quote of 4/5 about under 3.5 Belgium shots on target makes great appeal.

Denmark appear to be going from strength to strength and after emphatic victories over Russia and Wales, it is time for them to be taken seriously.

The Danes have had 77 attempts across their four games, with only Italy eclipsing their efforts.

Denmark had 16 shots in their 4-0 rout of Wales and they also created 16 chances in their 4-1 over Russia.

Kasper Hjulmand’s side won the shot count 21-6 in a 2-1 defeat to Belgium, so are creating chances aplenty. Going over the line on the Danes’ total shots looks a good move.

Marauding full-back Joakim Maehle has scored in Denmark’s last two wins over Russia and Wales and he has registered six shots on target. The highly-rated Atalanta man is 11/10 with Betfair to have a shot on target, which looks tasty.

England have yet to concede a goal at Euro 2020 and after downing Germany at Wembley, the Three Lions are fully expected to seal their semi-final spot at the expense of Ukraine.

However, Gareth Southgate’s men have scored only four goals and had only ten shots on target throughout the tournament. England have not had more than four shots on target in any of their games, so going under the line may be worth chancing.

If there is a threat from Ukraine then West Ham’s Andriy Yarmolenko looks most likely to inflict the damage.

Yarmolenko scored in Ukraine’s opening two fixtures against the Netherlands and North Macedonia and he has had five shots on target throughout the tournament. He is 8/15 with Betfair to have a shot on target, which looks good value.