Football Manager 2020 bargains: 9 top performers to pick up on a budget 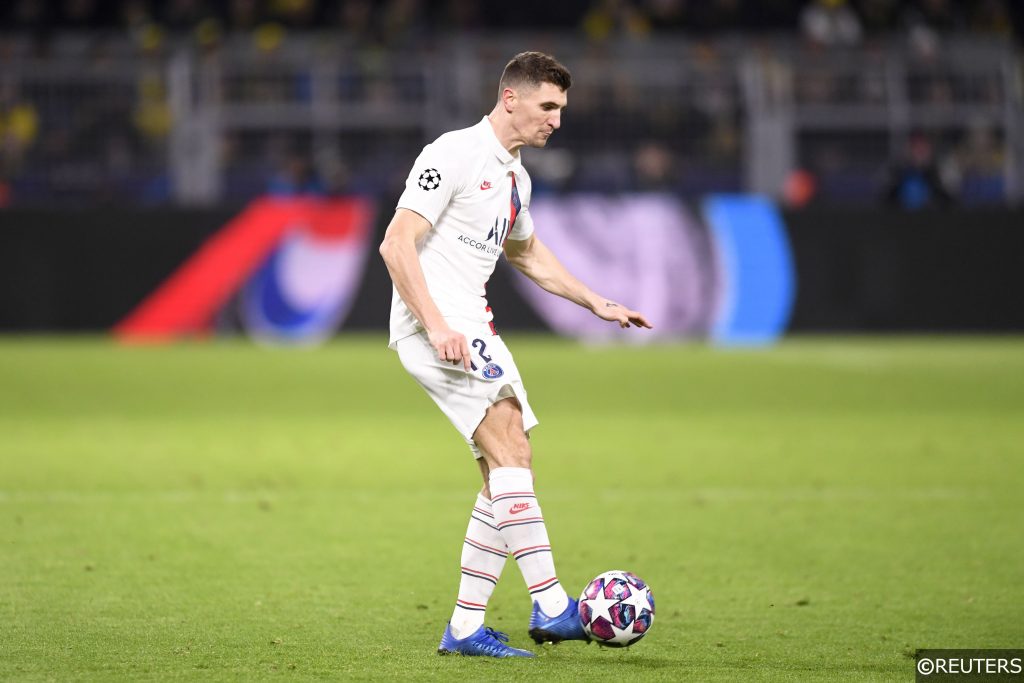 Football Manager 2020 is the staple of many a football fan’s diet right now, and one of the first things virtual managers want to do upon taking charge of a club is to put their own stamp on the squad.

However, not all clubs come equipped with mind-boggling budgets to bring in the very best players, even if you’re in the top flight. Scouting around for bargain players is one of the most rewarding aspects of Football Manager, and unearthing a hidden gem before polishing them into a pivotal role in your team is a feeling that’s hard to beat!

Whether you’re trying to return Newcastle to their former glory or just trying to stave off relegation with Sheffield United, our list of the top Football Manager 2020 bargains has something for everyone.

Perfect for: Every team

Featured in our Football Manager wonderkids series, Wulker Farinez is an absolute snip at just over the £2m mark. The 21-year-old Millonarios stopper comes complete with excellent shot stopping ability thanks to his reflexes (16) and his one on ones (13). Despite his tender age, the 6″2 frame of Farinez boasts a respectable command over his area (14) and has an array of middling mental stats that inevitably improve as he gains experience.

He’s already Venezuela’s number one goalkeeper and he’s the perfect fit for a wide range of teams. He would walk straight into most mid-table Premier League clubs and could lead from the back for years to come, plus he’s affordable enough even for relegation contenders and Championship sides. He’s even a useful backup to develop for a top six club and could easily serve as replacements for the likes of Hugo Lloris.

Farinez’s only pitfall is his mediocre passing and first touch stats, meaning he’s not going to be the best option as a sweeper keeper. If you’re looking for the next Ederson, best to look elsewhere.

Alexander Scholz is clearly never going to be a world beater, but he’s a very solid central defender heading into the prime of his footballing career. The 26-year-old Midtjylland player, who likes operating as a ball playing defender, would be a perfect fit for a team in the lower half of the Premier League. He has a range of respectable, if not spectacular, defensive stats and more than enough ability to play it out from the back effectively.

Scholz would add a bit of class to the back-line of teams such as West Ham. He’s only being paid £7k per week at Midtjylland too, so he’s an absolute steal considering the likes of Fabian Balbuena is raking in £40k per week.

Frank Fabra isn’t the best cut-price left back on Football Manager 2020. That title is held by Layvin Kurzawa, but the PSG full back’s hefty wage demands make him a much more expensive option than his £4.1m price tag suggests.

Fabra is on a much more reasonable £6k per week, and while he’s no spring chicken at 28-years-old, the Colombian international has plenty left to give. Available from Boca for just shy of £4m, Fabra has a pleasantly balanced range of stats, with his standout attributes being his acceleration (16), his crossing (15) and his stamina (15). The Boca full back won’t be forcing his way into any top four starting lineups but, at this price especially, he’s a fantastic buy for clubs such as Bournemouth, Watford or Norwich.

The excellent balance in his stats make him a reliable option too, which is perfect as a backup option for the likes of Everton and Leicester.

PSG are really trying to slim down on Football Manager 2020 and, while his wages are high, Thomas Meunier is one of the best bargains around. The 27-year-old Belgium international is as versatile as they come and can play all down the right flank as well as doing a job in the centre of the park.

At 27-years-old he’s in his prime and, despite his relatively modest physical stats, his mental attributes make him an excellent choice at right back. Meunier also boasts good crossing (15), passing (14) and technique, and the fact that he doesn’t rely on pace means he could fill a mid-table side’s right back berth well into his thirties.

His wage demands make him a bit of a stretch for clubs lower down the pecking order, but he’s a perfect fit for a club like Everton and could even challenge for a starting spot in a top six side (Spurs, anyone?) His across-the-board ability and low cost also make Meunier a great backup choice for the top level clubs, so he’s a good buy for any top flight club.

Brother of Giovani dos Santos, Jonathan has been impressing for LA Galaxy in the MLS for a few years. His wages aren’t overly extortionate at £29k per week, and he’s perfect for adding a bit of class and quality to a mid-table midfield, boasting impressive 16s in corners, first touch, passing and work rate. dos Santos could walk straight into the starting lineup at Burnley, Crystal Palace, Watford, Newcastle or West Ham and provide some deep-lying creativity, and he’s good enough to be a rotational option for clubs like Wolves, Leicester or Everton.

If your budget can stretch to £30k per week, dos Santos would be an absolute star for those Championship teams pushing for promotion or the Premier League clubs fighting relegation, and his stamina rating of 17 means he can handle the hectic fixture list.

We breach the £5m price point for the first time here, but 26-year-old Edwin Cardona is well worth the outlay. His wages are relatively modest at £16k per week, making him a realistic target for almost all top tier clubs in the main European leagues. Cardona is on loan at Tijuana at the start of the game, but that loan spell ends mid-July so you can easily sign him for the start of the 2019/20 campaign.

A Colombia international, Cardona can operate on the left side of midfield or in the number 10 berth and offers a broad appeal in the technical department. His long shots (17), flair (17) and technique (17) are up there with the best while his passing (15) and vision (15) make him a suitable playmaker too. His technical prowess is on show in set-pieces too, with 15 ratings for corners, penalties and free kicks.

His physical attributes are the only reason Cardona isn’t a £30m+ attacker, but play him as an Inside Forward, Inverted Winger or Advanced Playmaker and his skill on the ball will make up for his deficit in the physical areas. At just over £5m, he could walk in to any bottom-half Premier League club’s starting lineup or play second fiddle at the likes of Arsenal, Spurs, Everton or Leicester.

I’ve no idea what Sao Paulo were thinking when they released Biro Biro on a free, but their loss is our gain. The Brazilian club – who have the likes of Alexandre Pato, Dani Alves, Juanfran and Bruno Alves raking in between £10k and £60k per week – deemed this 24-year-old winger surplus to requirements and released him having never even given him a game.

Biro Biro possesses all the necessary attributes you want from a double-named Brazilian winger, combining blistering acceleration (16), pace (16) and agility (16) with dribbling skill (16) and flair (15). His other mental attributes could do with improving, but they come with age and Biro Biro has at least six years left in the top flight.

He can operate on either flank and would be equally adept at playing as an Inverted Winger or Inside Forward on the left. His stats suggest that he could be a star for mid-table Premier League sides, and he might be worth taking a punt on if you’re managing a bigger club too, although if you do sign him he won’t arrive until December.

Copenhagen attacker Rasmus Falk is in his prime at 27-years-old and would fit in perfectly at a club in need of some number 10 creativity. Think Newcastle, Burnley or Crystal Palace.

Falk is a versatile offering too, perfectly capable of playing all over the midfield, although his most suited position is in the attacking midfield berth. His dribbling (16), first touch (15), passing (15) and technique (15) make him the ideal Advanced Playmaker and, while his wage demands are a bit steep, he’s well within budget for the majority of top flight clubs.

Attribute-wise he actually challenges the likes of Sebastian Haller and Joelinton in key areas, who are both on upwards of £70k per week. Livaja is never going to make it to a top six club, but he’d provide extra depth at a low price to clubs struggling for attacking options. He’d be an especially useful purchase for Newcastle, West Ham and Crystal Palace, who are all starved of striking options, but would make his presence known at any club outside the top eight.