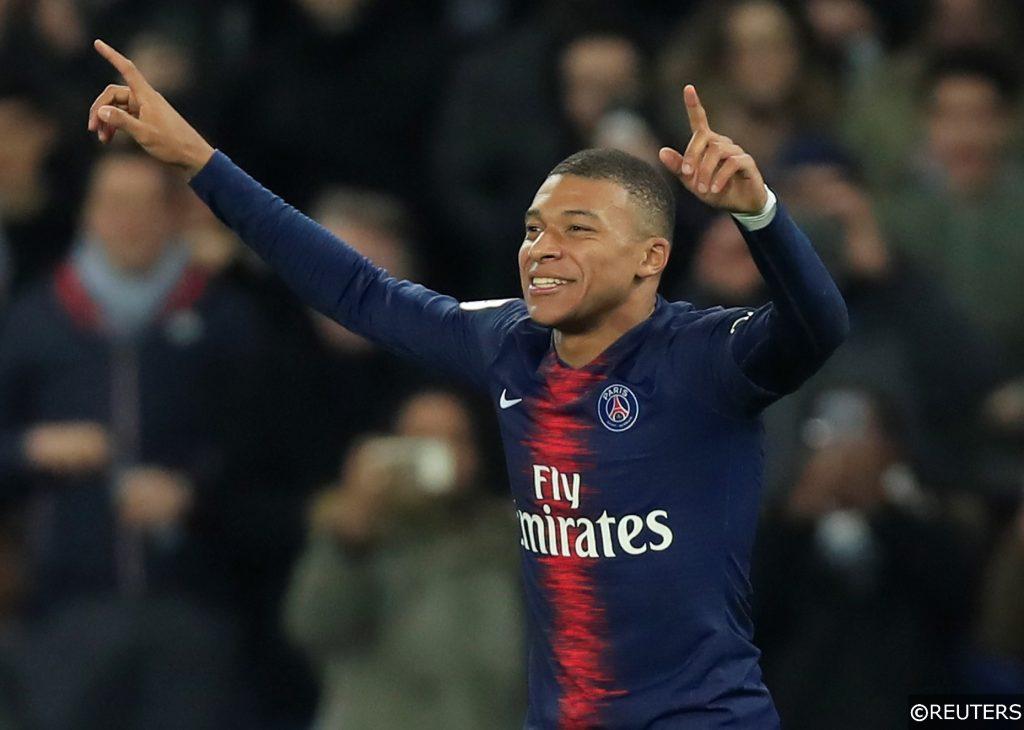 Football Manager 2020 is eating up endless hours of our lives right now, and the favourite part of the game for many is nurturing a youngster into an absolute world beater that terrifies the opposition.

We’ve already covered those treasured Football Manager 2020 bargains as well as a wide range of hot prospects for rather modest budgets (which you can find below). Now, it’s time to cater for all of those who took the reins of a footballing superpower.

If you’re sitting at the helm of a club with seemingly bottomless pits of cash (we’re looking at you, Manchester City), this is the guide for you. Because here, we’re going to run you through the absolute cream of the crop. We’re talking about wonderkids who are guaranteed to be superstars, but that guarantee comes with a significant outlay if you want them in your starting lineup.

What are Football Manager wonderkids?

What is CA and PA

CA (Current Ability) and PA (Potential Ability) are terms that are often heard in Football Manager discussions. The CA of a player is a number between 0 and 200 that determines the overall ability of that player, based on their attribute ratings and any hidden attributes. The CA of a player fluctuates as their ability changes throughout their career.

PA is, again, a number between 0 and 200 and represents the potential of that player. In Football Manager 2020, if a player has a PA of over 150 they are considered a wonderkid. Some players have a set PA when you start a game but, to introduce some uncertainty, other players can have a negative PA. This is a number between -1 and -10, with each number representing a range of PA values. Here’s a quick rundown of the upper echelons of negative PA numbers:

This guide to the best Football Manager 2020 wonderkids focuses solely on the very best. Those players with a PA of -95 or 170+ who are all but guaranteed to be future superstars. In fact, some of them already are superstars.

Goalkeepers are generally viewed as the late bloomers of the footballing world, but not so in the case of Gianluigi Donnarumma. Aged just 20, the Italy international has already clocked up a massive 142 Serie A appearances for AC Milan. Clocking in at 6’5″, the young goalkeeper boasts exceptional stats in the shot-stopping area thanks to his cat-like reflexes and agility. Donnarumma supplements this with an ominous aerial presence and remarkably well developed mental attributes.

Inexplicably, in one of my own saves, AC Milan let his contract run down and Donnarumma became a free agent in the summer of 2021. Unfortunately my AZ Alkmaar side couldn’t afford his £200k per week wages, but Chelsea could.

RB Leipzig’s prize defensive asset is an old-fashioned centre half at heart, although he obviously isn’t ignorant to the demands of the modern footballer. He has respectable passing ability (12) and can dribble a bit (13), but he really shines in the defensive arts. Marking and Bravery clock in at 16 at the start of the game, while Tackling is up at 17. Reinforced by his fearsome physical attributes that make him both extraordinarily quick and strong, Upamecano has all the makings of a world class defender. He also has a release clause of £86m and relatively modest wages of £40k, so he can be snapped up early on.

Matthijs de Ligt burst onto the scene last season as he captained Ajax to the Champions League semifinals despite his tender age, earning him a bumper move to Juventus. Unfortunately that means he can’t be signed at the start of the game, but he’s worth the wait. He’s the archetypal ball playing centre back thanks to his Marking, Passing and Tackling (all 15), and considering he’s still a teenager his mental attributes are insane. Stick him in the box for corners and free-kicks and you’re likely to be rewarded with his 17 Heading ability, which has helped him average over 0.1 goals per game from centre back since his Ajax debut in 2016… when he had just turned 17.

Widely touted as the best right back in world football, it’s easy to forget that Trent Alexander-Arnold is only 20 years old. The lad from Liverpool has exceptional stats across the board, but his Crossing (17), Passing (18), Technique (17) and Vision (16) are head and shoulders above any other young full back in the game. In fact, convert him fully into a central midfielder and you’re likely to end up with one of the best midfielders on the game. Good luck prising young Trent away from Anfield, though.

Finally we reach a name you might not have already heard, but chances are that you’ll remember the name Florentino Luis. The Benfica teenager is shaping up to be one of the best midfield destroyers in recent memory, boasting excellent tackling, positioning, teamwork and fitness attributes. Luis is on just £5k per week and has only made 11 first team appearances for Benfica, but the club certainly know his worth and have slapped a £103m release clause on his contract. True defensive midfielders are hard to come by on Football Manager 2020, but Luis is certainly one of them.

A true midfield wonderkid, 16-year-old Eduardo Camavinga is one of the youngest talents on this list. Despite this, the Rennes teenager already has an array of well developed mental attributes alongside very promising looking defensive stats. Sprinkle a bit of passing (13) ability on there and you have the perfect anchorman for your midfield. He might not waltz straight into the first team of the top teams, but give it a year or so and he’ll be challenging the regular starters and you’ll never look back.

One of the latest in Barcelona’s endless production line of starlets is Pedri, who starts the game on loan at Las Palmas. The 16-year-old has an affordable release clause of just £38.5m and can play on either wing as well as through the centre of midfield. His physical stats are largely underwhelming and may mean he could struggle in the Premier League, but his technical ability is off the charts. He already boasts world class attributes in dribbling, first touch, flair and vision, making him a perfect playmaker from the flanks.

Quite possibly the hottest property in world football right now, Jadon Sancho is unsurprisingly one of the most promising players on Football Manager 2020. Blessed with blistering acceleration and dribbling skills that would strike fear into the heart of any defender, Sancho should be pursued at all costs. His agility, technique, dribbling and first touch stats are already up there with the best, as are his creative mental stats. Sancho isn’t going to stop improving anytime soon either.

Kai Havertz, aged just 20, has been the linchpin of Bayer Leverkusen’s midfield ever since the 2016/17 season, clocking up 88 appearances and 24 goals (which he has added to in real life this season). His off the ball movement (16), pace (17) and natural fitness make him lethal when running from deep, while his passing (14), technique (17), finishing (13), composure (17) and vision (17) mean he can do everything from creating chances to finishing them.

When Pep Guardiola says someone is the most talented youngster they’ve ever worked with, you best sit up and take notice. Foden is yet to have a solid run in the Manchester City first team, but his stats are already looking terrifying. His passing, technique, flair, vision and agility all top 16 and he has all the potential to be David Silva’s replacement. That is, unless you can prise the teenage midfielder away from the Etihad.

A new arrival at the Bernabeu, 18-year-old Rodrygo cost Real Madrid almost £40m from Brazil and joins a fellow Brazilian wonderkid (who features below) as they continue to search for a Ronaldo replacement. Rodrygo isn’t quite there yet, but with a well-balanced mix of physical attributes and good dribbling, finishing, first touch and technique there’s no telling how good he could get. The fact that Real Madrid have slapped a £114m release clause on him tells a story in itself, although he’s unlikely to walk into the first team of a top level team straight away.

Ansu Fati has burst onto the Barcelona scene this season and already has a host of records to his name. He is Barcelona’s second youngest player, youngest every goalscorer and the youngest player in La Liga to score and assist in the same game. Blessed with excellent acceleration (16) and agility (17) he has all the hallmarks of Lionel Messi’s successor at the Camp Nou. While many of his stats are unsurprisingly quite modest (he’s only 16, remember), he already has very impressive rankings in dribbling (16), flair (17) and technique (15). The £146m release clause shows how highly Barcelona value the young Spaniard.

An extremely athletic and talented winger signing for Real Madrid the very same summer that one Cristiano Ronaldo departed was always likely to get tongues wagging, and that’s exactly what Vinicius Junior is. The 18-year-old is devastatingly quick and excellent with the ball at his feet. Combine that with high levels of flair and determination and you have a young Brazilian just begging to take Ronaldo’s mantle, unless you can stump up the £122m needed to trigger his release clause and turn him into your team’s next superstar.

Ever heard of him? Kylian Mbappe is already a global star, so it’s quite frightening to think that he’s going to get even better. The 20-year-old PSG forward tops out the acceleration and pace stats and boasts world-class attributes across no less than 10 other areas. These incredible figures come at a cost though – you’re not likely to get Mbappe for anything less than £200m, so you best get selling and saving.

The £112m Atletico Madrid paid to Benfica made Joao Felix the most expensive teenager in history, and also cemented his place in this list of top FM20 wonderkids. The 19-year-old Portuguese forward already has an array of dazzling technical attributes, with his dribbling, passing and technique already hitting the lofty heights of 17 and above. His off the ball movement and flair is excellent too, although his rather modest physical attributes make him potentially less suited to the demands of the Premier League. Oh, and he has a £301m release clause, so good luck with that one.

Without a doubt one of the best purchases you can make on FM20 is Erling Braut Haaland. The Norwegian youngster has been the talk of the footballing world this year, and while he’s only just arrived at Borussia Dortmund his contract has a comparatively bargain basement release clause of £65m. That’s £65m for a teenager who has 18 ratings for finishing, off the ball and pace and 16 for strength and anticipation. He’s a ready made complete forward that would walk into almost any team’s starting lineup, and he’s got years of improvement left in him.

Football Manager 2020 bargains: 9 top performers to pick up on a budget 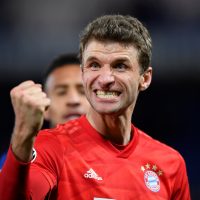