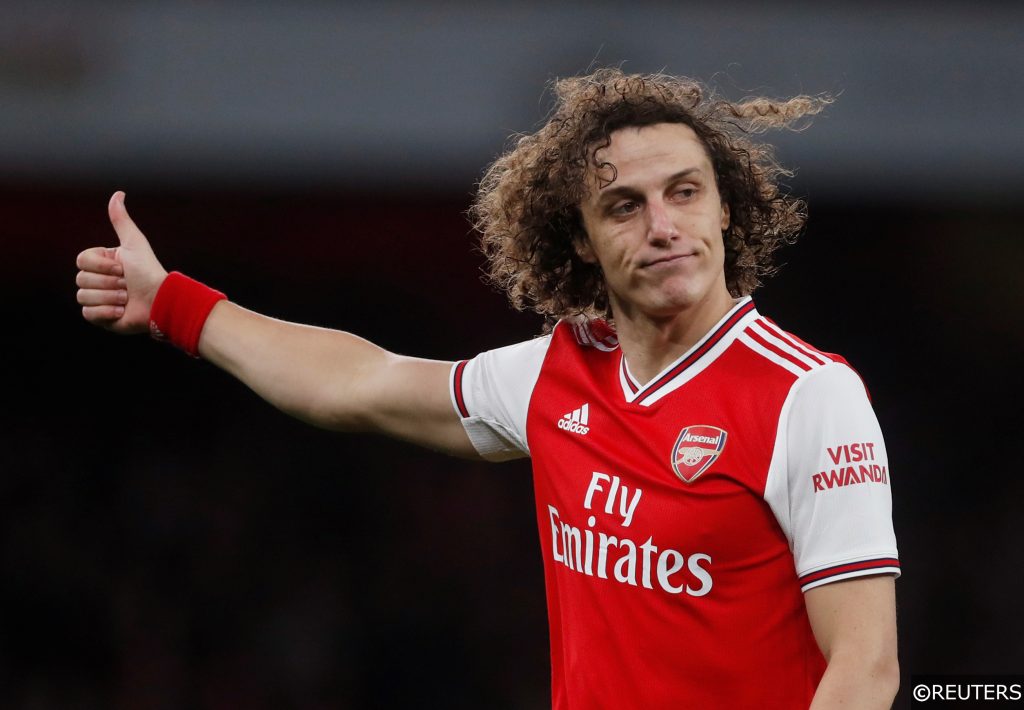 After some mid-week continental distractions, the bread and butter of the Premier League returns this weekend with another full complement of top-flight fixtures.

Today’s we’re lasering in on Sunday’s schedule and there is an exciting trio of contests for us to sink our teeth into including Man Utd’s meeting with Watford at Old Trafford, Wolves’ clash with Norwich City at Molineux and Arsenal’s tussle with Everton at the Emirates.

With the club’s leading marksman Marcus Rashford still on the sidelines and United’s pool of attacking talent shallow, Anthony Martial has been shouldering much of the team’s goal-scoring responsibility in recent weeks.

The enigmatic French forward had looked like wilting beneath the weight of expectation in Rashford’s absence, though goals in successive games against Chelsea and Club Brugge this week will have given his confidence a timely shot in the arm.

Martial will lead the line for United on Sunday on their revenge mission against Watford at Old Trafford, and having notched three career goals against them already, we’re backing the 24-year old to show the Hornets his sting again this weekend.

Romain Saiss to get booked (WOLVES vs Norwich City)

Hard-hitting Moroccan defender Romain Saiss has been Wolves’ most prolific purveyor of punishment this season, branding opponents left, right and centre with his stud-shaped autographs.

The 29-year old has already been booked seven times and sent off once in just 20 Premier League starts this term, a total that puts him out on his own at the top of the card charts for Wanderers.

Saiss picked up one of his yellow cards in Wolves’ reverse league fixture against Norwich back in December during an ill-tempered skirmish in East Anglia.

Six players were cautioned in total that day, and Sunday’s rematch between the clubs promises to be just as niggly.

If cards are being handed out again by referee Chris Kavanagh at Molineux, Saiss will likely be at the front of the queue, and that in turn makes him extremely backable in the bookings market.

You can find more cards predictions in our Premier League corners and cards betting tips guide here complete with our 17/1 acca!

Like many players of his ilk, Toffees’ creative midfielder Gylfi Sigurdsson quite regularly finds himself on the periphery of the action.

The Icelandic international is generally more of an impact player than a midfield metronome for Everton – something that seems to be reflected in the 30-year old’s passing statistics.

Sigurdsson has averaged just 28.3 passes per 90 minutes in the Premier League so far this season, a figure that puts him way down the list of the club’s most frequent distributors.

When Everton hosted Arsenal just before Christmas, Sigurdsson passed the ball just 22 times in total, and we expect the schemer who has a habit of drifting through games to hit similar numbers in the return fixture in North London on Sunday.

David Luiz to get booked (ARSENAL vs Everton)

Our second selection from Arsenal’s Emirates encounter with Everton on Sunday features the all too often erratic centre half David Luiz.

The fiery defender has a reputation for making reckless decisions, and while Mikel Arteta has so far been able to keep a lid on his impulsiveness, that hot-headed streak is still simmering beneath the surface.

On Sunday, the Brazilian will come up in direct opposition to his international teammate and compatriot Richarlison, and David Luiz will be desperate to limit the Everton’s attacker’s impact in the capital.

It’s interesting to note that Richarlison is Everton’s most fouled player so far this season and has been stopped illegally twice per Premier League appearances on average since last year.

Remarkably, David Luiz got away with a booking at Goodison Park before Christmas, despite committing more fouls than any other player involved, though we don’t think he will be quite so lucky this time.

Luiz has already collected four yellows and one red card for the Gunners in 2019/20, and he looks a prime candidate to add another card to his collection on Sunday.

A four-fold acca featuring each of our player special selections above is available at 45/1 odds with bet365!

Remember – you can find detailed breakdowns of all the weekend’s club football fixtures with betting tips for each on our Premier League predictions page.