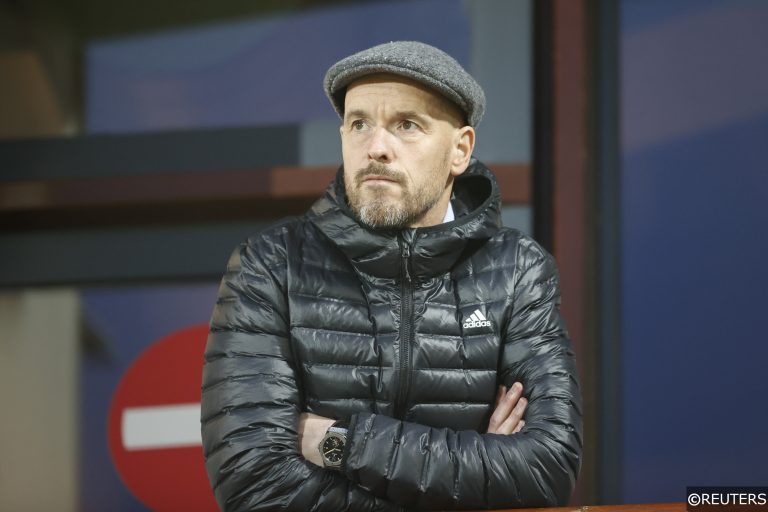 The Premier League fixtures were released last week and we called on our experts to give us their early thoughts on the best bets from the opening round.

Erik ten Hag’s Manchester United tenure begins with a home assignment against Brighton and a few of our experts don’t think the Dutchman will get off to a flying start, while Leicester have some support ahead of the visit of Brighton.

I’ve put together an 18/1 accumulator using their selections, read on to see who our experts think will kick off the new campaign in style and to back their bet.

The first game of the season can throw up some peculiar results as teams acclimatise to the summer’s changes, a team that will be going through arguably the most changes is Manchester United.

Erik ten Hag has a big job on his hands at the Red Devils this summer with the implementation of a new playing style on the squad and a big upheaval in their playing squad.

With that in mind Brighton on the opening day is not exactly a freebie, taking on a side that beat them 4-0 a few months ago. Brighton-draw double chance is the selection at upwards of 13/8.

The opening day can throw up some interesting results and I would not be surprised if West Ham stunned champions Man City, who lost at Spurs last season first up.

City, without Erling Haaland of course, have failed to win on their last three visits to the Hammers, losing 1-0 in the League Cup last season before playing out a 2-2 draw in the penultimate week – and 8/1 is tempting, while the 7/4 double chance is also a player.

I also like the 11/2 for a Brighton win at Old Trafford as well, largely as we don’t know how Man United are going to play next year. The Seagulls 4-0 success over the Red Devils last season was at home, but they enjoyed away wins at Spurs, Arsenal and Wolves in a strong finish to the campaign…and the price is big enough.

Manchester United may have a new manager in Erik ten Hag but there is little to suggest they deserve to be anywhere close to 4/9 to beat a Brighton side that thrashed them 4-0 in May.

The Seagulls went unbeaten in the final five games of the season and enjoyed an excellent start to last season, winning four of their opening five fixtures, while they lost only four of their Premier League away days last season.

Manchester United fans will be hoping ten Hag can turn things around at Old Trafford but there is a stench around the club that will take time to scrub away. They won just two of their final ten games in all competitions and I simply cannot get behind them at 4/9 against any Premier League side, let alone one as solid as Brighton – so Albion in the double chance market at 13/8 looks great value.

Palace a trickier opener for Gunners

I would be looking to take Arsenal on at Crystal Palace, and not just because the Gunners put in such a lacklustre performance when they lost 2-0 at Brentford when they were handed the Friday night opener last season.

Palace played with great intensity at home to Mikel Arteta’s side last season and Arsenal were unable to live with them as they were brushed aside in a 3-0 defeat and Eagles boss Patrick Vieira will surely be confident that his team can approach the clash again with a similar level of gusto.

Arsenal didn’t score a goal in their first three games of last term and while a repeat of that sort of start is unlikely, this is a tricky test for them to negotiate and Palace could just offer some decent value.

Arsenal suffered a shock 2-0 defeat away to Brentford in last season’s Premier League curtain-raiser and Mikel Arteta’s men could again have their work cut out when they travel to Crystal Palace on the Friday night of the opening weekend.

Patrick Vieira’s first season in charge of the Eagles was one of consolidation with the club finishing a respectable 12th and home form proved key to that.

Last season, seven of Palace’s 11 league victories came at Selhurst Park, where the atmosphere is sure to be as electrifying as usual on the season’s opening night and Palace or draw double chance could be a great selection at around 3-4.

Foxes can hit the ground running

Even taking into account Manchester City’s trip to West Ham and Liverpool going to Fulham on the opening weekend, I don’t think there’s an out-and-out ‘banker’. My suggestion would be to back Leicester, who are around evens at the minute, to beat Brentford at home. The Foxes ended last season down in a disappointing eighth place after being in the top-four mix the two previous seasons, but they did at least end last term with a bang, winning three of their last four league games, including two at home, with a combined score of 13-3.

Admittedly, that doesn’t count for much going into a new campaign but they will be keen to get off to a good start at home and should have enough to see off Brentford, who may just be in for the dreaded difficult ‘second season’ this time around.

Leicester may have underwhelmed last season but they were still a tough prospect at home – winning 10 of their 19 league games at the King Power. The Foxes did finish last year strongly and open the new campaign with the visit of Brentford in what, at this stage at least, looks a very winnable assignment.

The Bees were reasonable travellers last term but they still lost nine games on the road, and at around evens Leicester look good value to me as they look to get back to challenging for the European spots.

Villa too strong for promoted Cherries

Aston Villa started last season with a 3-2 defeat at promoted Watford, who led 3-0 going into the final 20 minutes, but they should avoid a similar setback at new boys Bournemouth.

Villa won away to bottom-five clubs Everton, Leeds, Burnley and Norwich last term and they also picked up road victories at Brighton and Crystal Palace after Steven Gerrard took charge in November.

They have already shown their ambition in the transfer market and should make a winning start to the campaign at last season’s Championship runners-up Bournemouth, who may need time to adjust to the Premier League.