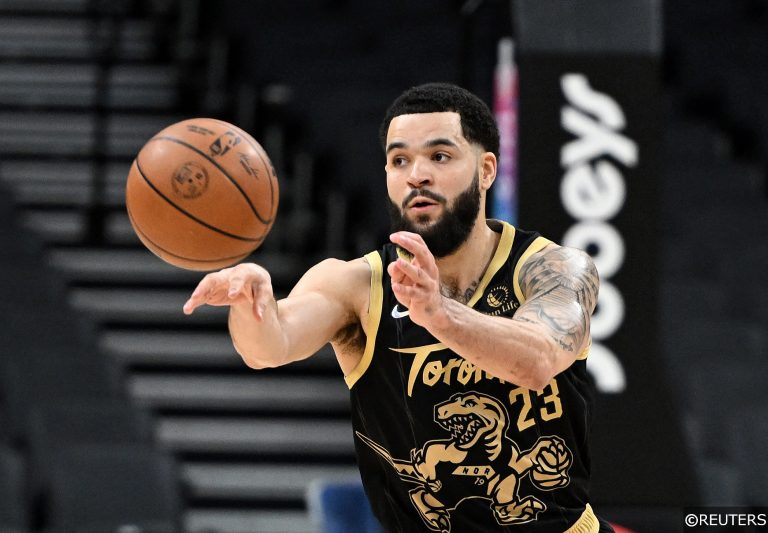 With our basketball tipsters landed a 19/1 bet builder on the final night of NBA action before the break, we’ve lined up a 54/1 tip ahead of All-Star Weekend.

Before two teams of superstars clash on Sunday, we have three competitions taking centre-stage on Saturday. The Skills Challenge, Three-Point Contest and Dunk Contest see some of the league’s biggest names going for individual glory. Below you can find our predictions for each, which totals up to a 54/1 treble!

The Skills Challenge has had a revamp this year, having been an individual competition in the past. Now three teams of three players clash for the trophy. Reigning Finals MVP Giannis Antetokounmpo is joined by his brothers Thanasis and Alex, but they’re considered the outsiders.

Alex is in the NBA’s development league, so they’re not the most well-rounded team. The current favourites are Team Rooks – three of the best players from the 2021 Draft. The Toronto Raptors’ Scottie Barnes, Oklahoma City Thunder’s Josh Giddey and the Detroit Pistons’ number one pick Cade Cunningham are an impressive trio.

However, this season’s standout rookie, Evan Mobley, is joined by two of his Cleveland Cavaliers teammates on Team Cavs. Darius Garland and Jarrett Allen are also having stellar years to lead the Cavs into fourth in the Eastern Conference. With hometown support, months of time together on the court and form behind them Team Cavs are the best bet at 15/8 to win the Skills Challenge.

Ahead of his first All-Star appearance on Sunday, the Raptors’ VanVleet is heading into the Three Point contest after a great year shooting from the field. He’s made over 40% of his three-point attempts this term, despite having the third-highest number of attempts from beyond the arc.

Only reigning Three-Point champion Steph Curry has made more threes than VanVleet’s 201 this season. Not only is he on course to break the Raptors’ record for most threes in a season, but he’s got a brilliant record under pressure.

In clutch minutes – games which are five-points apart within the final five minutes – VanVleet has been sensational. He’s made 17 threes in the latter stages of close games, the highest in the league. He’s shooting at 46% in clutch minutes, so he can clearly deal with the pressure on Saturday night. Given that, back the Raptors’ star at 5/1 for a great All-Star weekend debut.

With many of the recent Dunk Contest legends taking a step back, the last two years have seen some new names come to the fore. 2020 rookie Obi Toppin is making his second appearance in this contest, while he’s up against three debutants in this year’s edition.

Toppin was just a point shy of top spot in the first round of the 2021 Dunk Contest, narrowly losing the final to Anfernee Simons. He has continued his development in his sophomore year and his reputation as a dunker is growing. Given that, I’m backing Toppin to come out on top at 11/5.