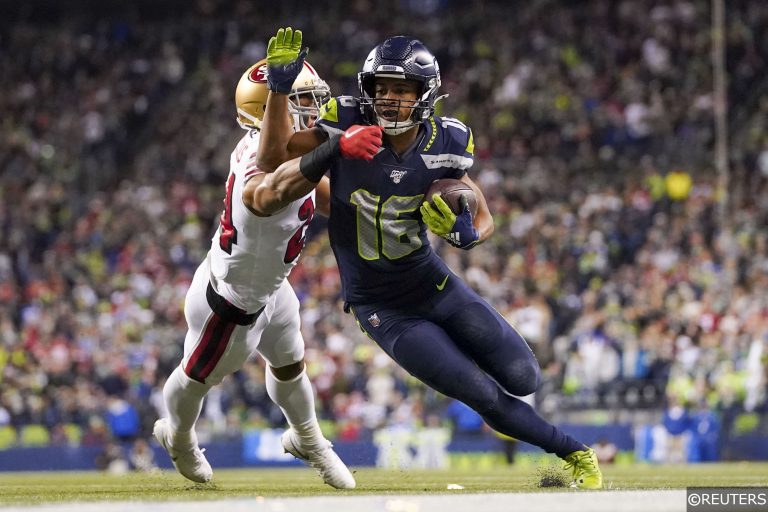 The NFL returns to our screens this Thursday as we get a taster of the weekend action to come in Thursday Night Football, where the Seattle Seahawks are hoping to get out of their rut against the San Francisco 49ers.

NFL expert Mark Brown is back once again with a tasty 11/1 Bet Builder for tonight’s game.

This is a crucial game for the Seahawks, who are suddenly in freefall having been atop the division just a few weeks ago, dropping three of their last four, most recently to the surging Panthers this past Sunday, and now look at risk of falling out of playoffs altogether.

A loss to the 49ers would effectively settle the division with three games left and a trip to Kansas City in Week 16 looming, so this has the feel of a cornered animal game for Seattle, who get the advantage of being at home on the short week.

There’s no denying San Francisco is the superior team, but with Deebo Samuel out Seattle is fancied to keep it close, with this being a different test altogether for Niners rookie QB Brock Purdy, who in his recent rise to fame has enjoyed the home comforts of Levi’s Stadium.

These two combined for just 34 points back in Week 2, when the Niners comfortably dealt with Seattle, but this one is expected to produce more points, with a desperate Seattle team that has suddenly sprung leaks on defense expected to go down swinging behind a Geno Smith-led attack.

Although the 49ers boast arguably the best defense in the league, communication at what will inevitably be a raucous Lumen Field could cause issues and this will be their first game in their opponents stadium since October (only game away from home since then came in Mexico vs Arizona).

As mentioned above it feels as though the Seahawks will go as Geno Smith goes in this game, with Kenneth Walker’s participation again in doubt.

Smith has had a career year and, although it’s been tougher sledding of late, he won’t let a turnover or two stop him from slinging the ball, so in a game where game script could dictate the Seahawks are playing catch up, it’s easy to see Smith surpassing his alternate total of 225 passing yards.

If Smith is to put up yards then it makes sense at least one of his receivers will too right?

Lockett has quietly had one of his better seasons and logged nine catches for 107 yards in the Week 2 matchup between these clubs.

With the focus of the defense again likely to be on D.K Metcalf, this sets up for Lockett to shine.

The trade of McCaffrey from the Carolina Panthers has worked out just fine for both teams, especially the 49ers who again reaped the benefits of the versatile backs unique skill set in their rout of the Bucs on Sunday, with him totalling over 150 yards on the ground and through the air combined with a pair of touchdowns.

The emergence of bulldozing rookie Jordan Mason, in the absence of the injured Elijah Mitchell, could mean head coach Kyle Shanahan is mindful not to overwork McCaffrey on a short week, though, with a deep run in the playoffs the main goal.

We’ll take a chance and say he doesn’t quite reach his mark in this game.