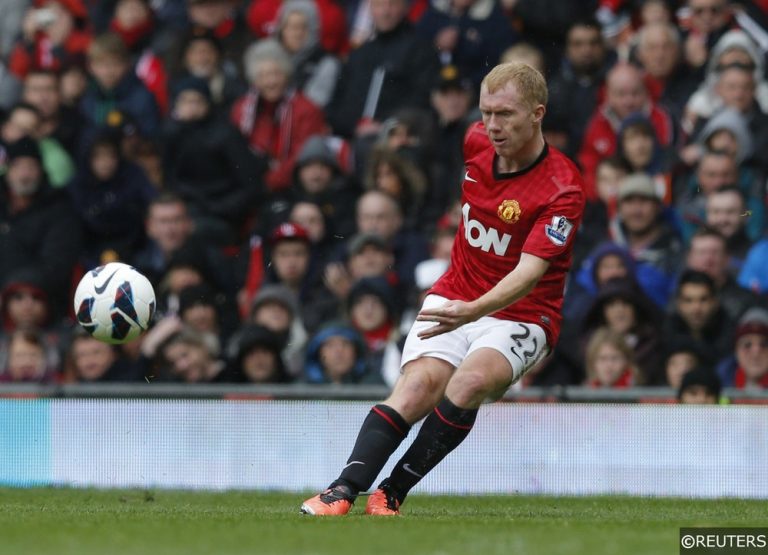 On 17 April 2004, D.C. United prodigy Freddy Adu became the youngest ever goalscorer in MLS history in front of a crowd of 31,419 at New York’s Giants Stadium.

At just 14 years, 320 days, the remarkable Ghanian-born U.S. international came on to replace Alecko Eskandarian in the 54th minute.

With D.C. trailing 3-1 to the MetroStars, Adu finished from close range past keeper Jonny Walker in the 75th minute to make history. D.C. went on to lose the game 3-2, though Adu still had an individual moment to treasure.

D.C. went on to win the MLS Cup that year, and though Adu went on to score 11 times in 87 goals in Washington, ultimately his tale is one of unfulfilled potential.

Burdened by the pressure of being the “face” of US soccer, the highly-regarded youngster’s career nosedived, and Adu went on to play for 12 different clubs between 2007 and 2018.

Adu was a must have wonderkid in Football Manager 2004 – check out our list of attacking wonderkids from FM20 here!

England went in at the break at Hampden Park 1-0 up thanks to a Freddie Steele goal but Scotland came back with goals from Frank O’Donnell and Bob McPhail (two) after the interval.

The attendance figure has never been “officially” beaten in the UK, though it is estimated that approximately 200,000 people crammed into Wembley in 1923 for the Cup Final between Bolton Wanderers and West Ham (2-0 Bolton).

The Hampden Park crowd figures from 1937 was a world record at the time, however it was topped in 1950 when 200,000 watched Uruguay’s 2-1 win over Brazil in the World Cup Final in Rio de Janeiro at the The Maracanã.

Other events of note on April 17th:

1897  Aston Villa play their first match at their new stadium, Villa Park. The first division match played there between the Villains and Blackburn Rovers ends in a convincing 3-0 win for the hosts.

1909 With full-time approaching at the end of the Scottish Cup Final between Rangers and Celtic at Hampden Park, the score between the Glasgow rivals was locked at 2-2. The crowd were gearing up for extra time, though when the extended period didn’t arrive, the angry mob streamed on to the pitch to destroyed both goals and damaged the ground. After a subsequent inquiry, the ruling body decreed that the trophy would be withheld for that season. There had been no directive prior to the Final that extra time should be played in the event of a draw at 90 minutes.

1925 Centre-forward Bobby Gurney signed for Sunderland from Bishop Aukland, though the striker had to wait four years to establish himself in the Black Cats side. After Sunderland manager Halliday left for Arsenal, Gurney got his chance and ended up being the club’s leading scorer for seven seasons on the bounce. Gurney won a league championship medal in 1936 and a Cup winner’s medal the year after. In total he scored 205 goals in 348 games for Sunderland.

1996 Roy Keane beats Lucas Radebe with a strike from the edge of the area to score the only goal in Man Utd’s 1-0 triumph over Leeds at Old Trafford. South African defender Radebe was forced to pull on the gloves after Leeds stopper Mark Beeney was sent off after 15 minutes.

1999 Southampton and Blackburn play out a scintillating 3-3 draw at The Dell. Rovers established a 3-1 lead thanks to goals from Ashley Ward, Darren Peacock and Jason Wilcox, though second-half strikes from Mark Hughes and Marian Pahars earn a share of the points for the Saints. Chris Marsden scored Southampton’s other goal.

2004 Sochaux won their first trophy in 40 years, beating Nantes on penalties in the Coupe de la Ligue Final. Sochaux had been beaten in their previous year’s final by Monaco, though goalkeeper Teddy Richert ensured that they avoided back-to-back disappointments, saving two penalties in the game’s shootout to etch his name into Sochaux history.

2010 Paul Scholes nods home a 93rd minute header to win the Manchester derby for United at the home of bitter rivals City. The win kept United in the title hunt, thought they were eventually beaten to Premier League silverware by Chelsea.

2011 In a remarkable game at the Emirates Stadium, both Arsenal and Liverpool scored injury time penalties en-route to sharing the spoils in a 1-1 draw. Robin van Persie thought he had won the points for the Gunners when he netted a 98th minute spot kick, though the Reds’ Dirk Kuyt converted his penalty 12 minutes into stoppage team to earn the visitors a point. Both calls by Andre Marriner were extremely soft and came under major scrutiny after full-time.