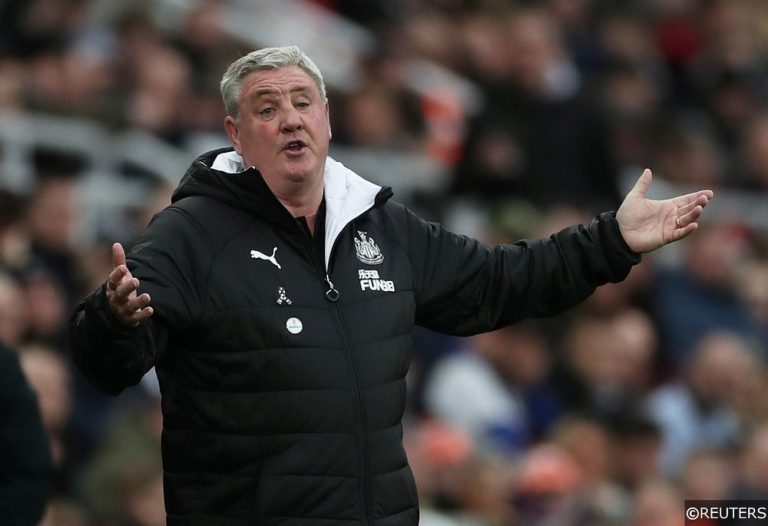 Newcastle United are one of the Premier League’s perennial penny pinchers, and Magpies supporters have become accustomed to transfer market disappointment under the watch of notoriously frugal club owner Mike Ashley.

With an average net outlay of approximately £20m per season since their promotion back to the top-flight in 2017, Newcastle routinely rank near the bottom of the Premier League’s transfer spend tables – something that much maligned chairman Ashley has been roundly criticized for.

However, rumours have started to bubble to the surface suggesting that Newcastle are ready to change tack this summer.

Bruce builds from the back

Mike Ashley came in for some heavy opprobrium over his decision to appoint former Sunderland boss Steve Bruce as successor to the popular Spaniard Rafa Benitez last summer, however, after 10-months in the Newcastle hotseat, the 59-yaer old has won plenty of his critics over.

After a stuttering start that saw the Magpies win just one of their first seven Premier League fixtures of the 2019/20 season, Bruce eventually galvanised Newcastle, moulding them into one of the division’s toughest nuts to crack.

With middle and final third resources limited, Bruce focussed his team building efforts on the Magpies rearguard and found a defensive formula that allowed Newcastle to find success at St. James’ Park.

United were beaten just once in 13 Premier League fixtures on their own patch before the enforced hiatus, and only Watford and Burnley kept more clean sheets in front of their own supporters.

However, Newcastle’s creativity problems further up the pitch remain stark, and the Magpies return of just 25 goals in 29 league games makes them the division’s joint lowest scorers alongside relegation favourites Norwich City.

With a solid defensive platform established, solving Newcastle’s creativity problems in midfield will likely be a priority problem for Bruce to address, and the latest transfer gossip has linked the former Man Utd skipper with moves for a whole host of players in that position.

Stories about a potential Saudi Arabia-backed takeover at the club have also started to intensify, and Bruce could be handed the keys to the biggest transfer warchest ever made available to Newcastle in the summer.

That would make the club’s list of targets instantly more attainable – but which midfielders are on the Magpies’ radar?

This week, the Daily Record reported that Newcastle were lining up a major summer move for highly-regarded Aston Villa midfielder John McGinn.

The Scottish international made a hugely positive impression in the Premier League with the newly promoted Villains in the early parts of the campaign, sparking interest in his services from a number of big hitting suitors before an injury curtailed his progress.

Now Newcastle are ready to test the waters with a £30m bid for the 25-year old, though Villa are likely to scoff at that relatively low opening offer.

With 10 Premier League assists across the last two seasons for a defensively leaning Burnley team, Clarets starlet Dwight McNeil could add a splash of dynamism to Newcastle’s left-flank, and the Magpies are rumoured to be considering a £25m move for the 20-year old.

McNeil was with the famed Manchester United academy before moving down the road to Turf Moor as a teenager, where the winger quickly built a reputation as one of the club’s most exciting young prospects.

If Newcastle are in the market for some extra invention, then versatile Benfica schemer Rafa Silva certainly ticks all the right boxes.

The attacking midfielder has been wowing supporters in Lisbon with some sparkling performances over the past few seasons, and even though Rafa has an €80m release clause in his As Águias contract, Newcastle could wrangle him away from Portugal for a lot less.

With football heading for a major financial crisis as a result of the COVID-19 pandemic, player prices are likely to be driven lower than ever this summer, and numerous reports are suggesting that Newcastle are ready to put the squeeze on Benfica to sign Rafa in a cut-price deal.

Newcastle had been heavily linked with an ambitious move for Liverpool’s peripheral squad member Adam Lallana in January, and having failed to land their man earlier this year, the Magpies are targeting a second bid to sign the 31-year old this summer.

Lallana’s deal with the Merseysiders expires in June, and the talented technician should have plenty of options to choose from ahead of a free transfer switch.

Leicester City manager Brendan Rodgers is believed to be a huge admirer of the former Southampton star, who has started just three times in the Premier League for Liverpool this season, though several outlets have claimed that Newcastle are ready to rival the Foxes for his signature.

How Man Utd can secure Jadon Sancho this summer

Should Arsenal cash in on Aubameyang?