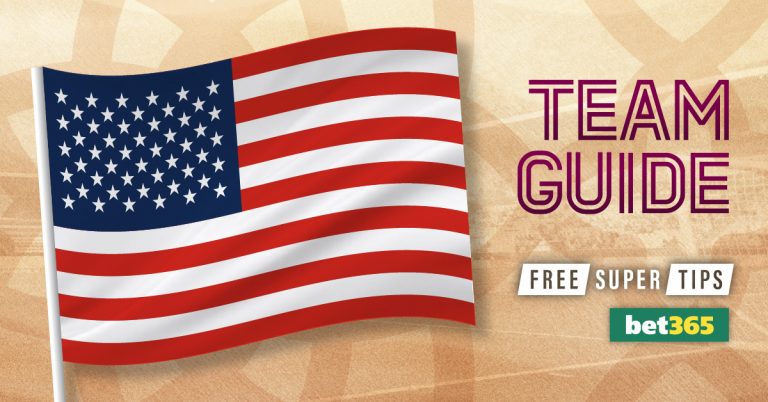 With a plethora of familiar faces from European football’s top leagues in tow, the USA arrive in Qatar with a rising reputation after losing just three of their 14 CONCACAF World Cup qualification games.

One of those defeats was effectively a dead-rubber against Costa Rica, by which point their place at the tournament had already been secured after a string of impressive results, including beating Mexico 2-0, to achieve a third placed finish.

The Stars and Stripes are notoriously slow starters at the World Cup though, winning their opening group game only twice since World War II, but as co-hosts for the 2026 tournament, they will be desperate to make a mark in Qatar.

USA: The story so far

After a miserable qualification campaign for Russia 2018 in which they finished behind minnows Panama and Honduras, the USA knew missing out on Qatar 2022 was not an option.

They had topped the CONCACAF qualification group in 2006, 2010 and 2014, and although not able to live up to those heights this time around, did pick up seven wins from 14 matches.

A bit of momentum was lost towards the end of the campaign though, losing their final match 2-0 against Costa Rica, while they head to tournament on a run of just one win in five – and even that came against lowly ranked Grenada in the Nations League.

The USA are in Group B, which features England and Wales, as well as Iran, who although minnows, may be more comfortable in the Qatar heat than their three opponents.

Gregg Berhalter’s side certainly face a challenge to qualify though, especially as they play the home nations in their opening two games, starting with the Red Dragons on November 21st, which you sense will decide which of those two sides goes through.

They are 1/1 to progress to the round-of-16, as they have done in the previous two tournaments, where the Netherlands could lie in wait.

But even getting out of the group looks a stretch too far, with odds of 8/11 offered on their elimination before the knock-out rounds.

The USA made their World Cup debut in the inaugural tournament back in 1930, where they won their two group games against Paraguay and Belgium to qualify for the semi-finals, where they were on the end of a 6-1 drubbing to eventual runners-up Argentina.

Since then, their performance on the global stage has been somewhat mixed, never going further than the last eight, which they reached in Japan and Korea in 2002.

They did not qualify for Russia in 2018 and the States have been dumped out in the first knock-out round in their last two appearances, but only once since 1930 have they won more than one game at a World Cup.

With stars such as Christian Pulisic of Chelsea and Tyler Adams of Leeds set to feature in Qatar, will they be able to squeeze through a group featuring England and Wales?

USA boss Gregg Berhalter may be most famous in the UK for his 18-month stint at Crystal Palace, when he netted once in 22 appearances from February 2001 to August 2002.

The 49-year old had a long and distinguished career though, playing for Zwolle and Sparta Rotterdam in the Netherlands and German outfit 1860 Munich, as well as winning 44 caps for his county, including two appearances in the Japan and Korea World Cup.

He turned his hand to managing following retirement, and took charge of the Stars and Stripes after they failed to qualify for Russia 2018, and it has been an upward trajectory for the team ever since.

They have already won two titles under his guidance, the 2019/20 CONCACAF Nations League and 2021 Gold Cup, beating rivals Mexico in the final to lift their seventh crown.

Berhalter has generally gone with a 4-3-3 formation of late as he tries to get the best out of Pulisic, but there is a concern over their lack of a true central striker.

Instead, a lot depends on the drive from midfield from Leeds star Brenden Aaronson, who has already scored six goals in 24 international appearances, with club teammate Adams playing a supporting role.

Meanwhile, this could be a big tournament for Borussia Dortmund younger Giovanni Reyna, who is back in the international fold and started the two recent friendlies against Japan and Saudi Arabia.

There is some uncertainty over who will start in defence though, with Reggie Cannon and Shaq Moore fighting for the right-back position, while one of Aaron Long or Antonee Robinson is likely to start in the centre.

Qualification surely hinges on that opening group game against Wales, where the winner is likely to qualify for the knock-out stages.

They have a string of attacking options, and as such should have enough to finish above Rob Page’s side, but with England likely to top the group and a potential round-of-16 clash with the Netherlands awaiting, the Stars and Stripes are unlikely to progress to the quarter-finals.