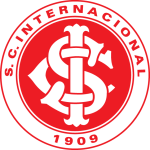 Athletico Paranaese vs Internacional predictions for Thursday’s Brazilian Cup final, first leg action. Athletico will be looking to open up an advantage on home soil to take with them into the second leg. Read on for all our free predictions and betting tips.

Thursday’s Brazilian Cup final, first leg action sees Athletico PR doing battle with Internacional at the Arena da Baixada. The hosts will be looking to establish an advantage to take with them into the second leg.

It’s fair to say the road to the final hasn’t been an easy one for Athletico but they now find themselves on the brink of glory. Indeed, Tiago Nunes’ troops first saw off Fortaleza, before somehow knocking out an extremely powerful Flamengo side in the Maracana and staging a miraculous comeback from 2-0 down against Gremio in last week’s semi-final.

With a trophy and a place in next year’s Copa Libertadores on the line, the stakes are certainly high coming into Thursday’s game but Athletico will be confident in securing a good result. Indeed, they are typically very powerful on their own patch, recording wins in 3 of their last 4 home games, as well as having lost just 1 of their last 7 Brazilian Cup home ties, winning 4 times in the process.

Meanwhile, Internacional have also put in good work to reach the final and will now be hoping to go all the way and claim the title. Colorado first saw off Serie C outfit Paysandu, prior to dispatching of a strong Palmeiras outfit in the quarters and Cruzeiro in last week’s semi-final.

Inter come into the final with every chance of winning it, but it’s fair to say if they do run out victorious, most of their good work will have been done on home soil. Indeed, the side are incredibly impressive when playing in Porto Alegre but far less convincing on their travels, having lost 6 of their last 9 away games, including each of their last 2.

Ultimately, although this is a final we view as being extremely tough to call a winner in, when taking Thursday’s game as a standalone fixture, the picture becomes far more clear. Both Athletico and Inter are outfits that are very powerful as hosts but struggle on the road and that puts the onus on Athletico this Thursday.

All things considered, backing a home win looks the best way to play as far as the betting is concerned and is exactly where our money is going. It’s likely to be a tight affair with nerves running high, but Athletico have already defeated Inter at home this year by a 1-0 margin, have won 3 of their last 4 home games against them and they look well placed to edge ahead, with a 1-0 home victory on the cards. 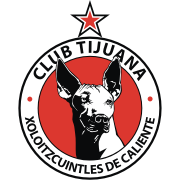