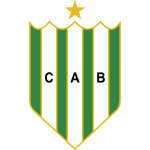 Banfield vs San Martin de San Juan predictions for Friday’s Superliga Argentina clash. Hernán Crespo will be looking to kick off his Banfield reign with a win on home soil. Read on for all our free predictions and betting tips.

Friday’s Superliga Argentina action sees Banfield doing battle with the relegation threatened San Martin de San Juan. The hosts will be looking to kick off the Hernan Crespo reign with a win on home soil.

With legendary boss Julio Cesar Falcioni having stepped down as manager and star forward Dario Cvitanich having left over the mid-season break, Friday’s match represents the start of a daunting new era for Banfield but El Taladro will be hoping to put in a good showing and take all 3 points.

Currently 11th and just outside the continental places, Crespo does not inherit a side in a desperate state, but the hosts have hardly been pulling up any trees either, with their matches tending to be tight, dull affairs, reflected by the fact they’ve scored just 13 goals and conceded only 12 goals in 15 matches. Having taken just 1 point from their last 3 home games, Banfield do need to improve performances at the Estadio Florencio Sola and this match certainly looks a good opportunity to do so.

That’s because San Martin arrive in poor condition, with the threat of relegation hanging over them. It was always going to be a season of struggle for El Verdinegro given their position on the average points table coming into the campaign and whilst they remain outside of the drop zone at the minute by the skin of their teeth, current form doesn’t suggest that will be the case come the end of the season.

Indeed, San Martin need to find improvement quickly and are only being saved at the moment due to the sides with them in the fight being just as poor. 8 defeats from the last 11 fixtures ranks as terrible going for the visitors and having also lost 5 of their last 6 away games, this trip to Buenos Aires is certainly not one to relish.

Ultimately, Banfield couldn’t have asked for an easier game to start 2019 with and it’s one they have to be winning. On paper, they are a stronger outfit than San Martin and with the crowd behind them, they’ll be expecting to pick up maximum points.

That’s something we certainly expect the hosts to do and at current prices, we’re more than happy to back the hosts with maximum confidence. Clean sheets in 3 of the last 4 games provides Banfield with a good foundation to go on and claim victory and with San Martin in such terrible form and having lost their last 2 away games 1-0, that’s a margin of defeat that could well be repeated, considering how low-scoring Banfield’s matches tend to be.