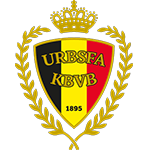 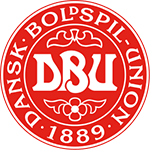 Reason For Belgium vs Denmark Predictions

Danes to fall short in Heverlee

Belgium put themselves in prime position to qualify for next year’s UEFA Nations League Finals on Sunday with a well-deserved 2-0 win over England, and all they need is to avoid defeat on Wednesday to finish top of the group.

The world’s top ranked nation have won 15 of their last 17 matches and four of their five Nations League games, and while Denmark are a very good side we expect the visitors to fall short on Wednesday.

The Danes have already lost 2-0 at home to Belgium in this instalment of the Nations League and they’re facing a side unbeaten at home in 24 matches in a run stretching back over four years.

19 of these games have ended in victory, so backing a Belgium win appeals here. They have conceded in five of their last six games though and face a Denmark outfit that have scored in each of their last five, so with two of Belgium’s last three games ending in 2-1 victories we’re backing that for our correct score prediction.

Alex Wrigley November 16, 2020 alex.wrigley@freesupertips.co.uk @Wrig90
Content Manager at Free Super Tips, Alex was born in the shadow of Old Trafford and is an avid Man Utd fan. After graduating from university he combined his love of football, writing and betting to join FST and now closely follows goings-on in all of the top European leagues.