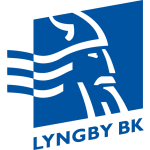 Reigning champions Copenhagen trail Midtylland by 12 points in the Danish Superliga and could suffer another setback at Lyngby, who have picked up 25 of their 31 points on home soil.

Copenhagen have won only two of their last eight away matches and have suffered shock defeats at Esbjerg and Hobro, second and third bottom respectively, while also being held to a 1-1 draw at basement boys Silkeborg.

Playing behind closed doors could be a negative experience for Lyngby but they have failed to score in only three of their 12 home contests and can breach a Copenhagen defence with just three clean sheet sheets in 13 road trips.

Over 2.5 goals has landed in five of the last six meetings and the trend should continue here with both teams fancied to make their mark.

Lyngby, who have dropped just two points from their last five at home, have scored exactly twice in six of their eight wins on their own turf. A surprise 2-1 home victory gets our vote.

Aaron Ashley May 28, 2020 aaron.ashley@racingpost.com
Aaron graduated with a journalism degree at the University of Sunderland in 2016 before embarking on a fresh challenge at the Racing Post to combine the skills he had been taught with his passion for football and betting. Although a loyal Northampton Town supporter, Aaron closely follows the action across all of Europe’s elite divisions.